As I came across a number of packages at Value Village that were worth picking (I think), I figured I'd take a week break from the Santa Lot to be able to get through the packages, or at least most of them. Each of the packages were all of $2.99 CDN plus tax - and in each, over 100 cards I believe, so a few pennies each. Here is a look at the first pack...

Well, I won't be showing everything for each package, but more highlights. This first package was all 1990-91 Pro Set which, with these Value Village purchases, I expect to get somewhere over 75% complete on the set and start looking more seriously at finishing. Well - we will see by the end of the week if that happens or not.

So with that said about pack one - let's take a look at the needs filled, and other highlights. 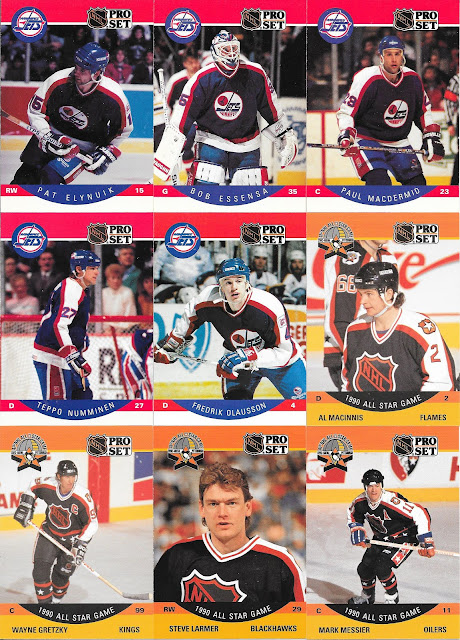 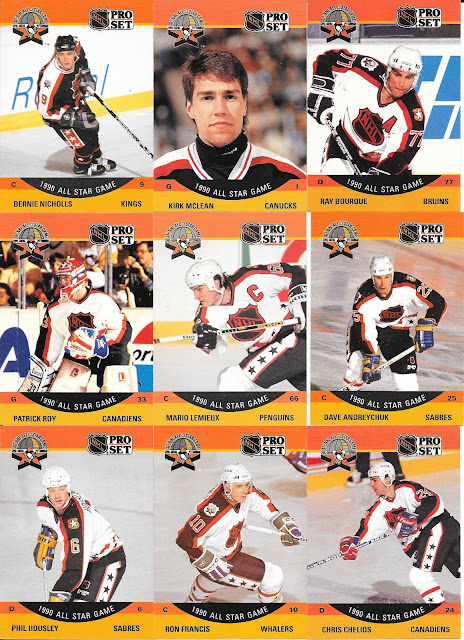 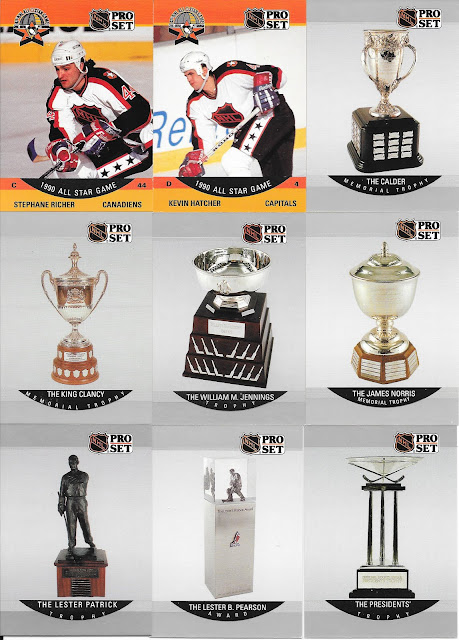 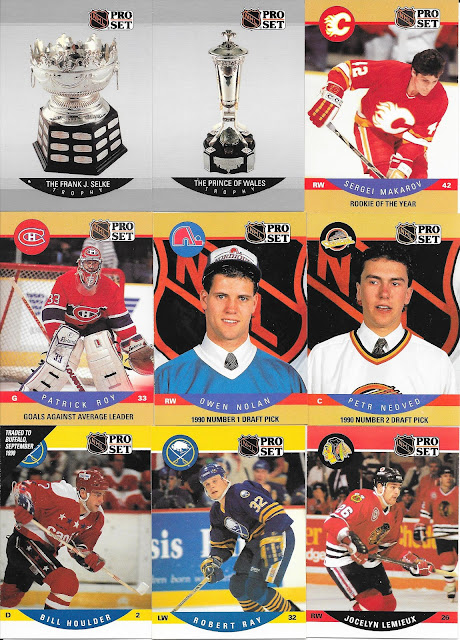 These are most of the keepers (non-error/variation from the first pack. You can tell I picked it for the trophy and all star cards if nothing else. I figure, not that any cards from the set are hard to get, but if any would be collected ones, it would be these types of cards, so it knocks them off my need list for the set. I did get a number of adds that were error cards, some I needed for the set, some I needed the duplicate to have one for the set and one for the error binder... 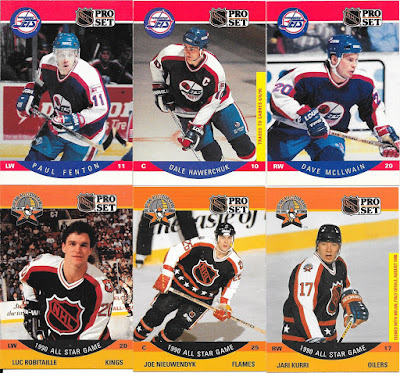 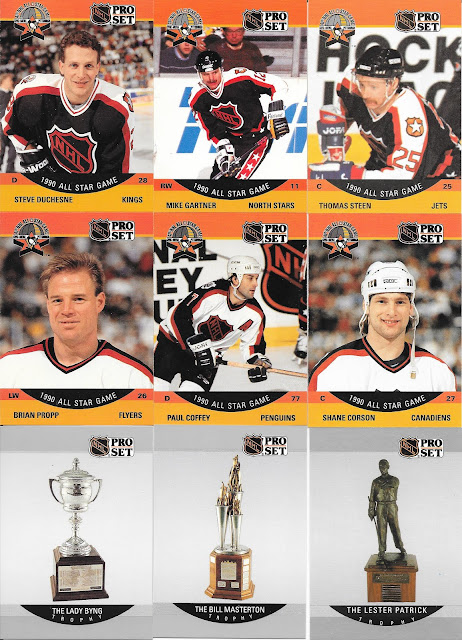 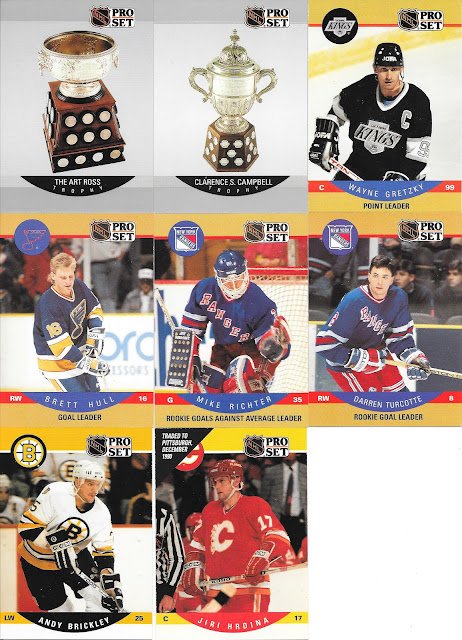 There were also a couple Leafs which get added to the Leaf collection since I already have some of each for the set: 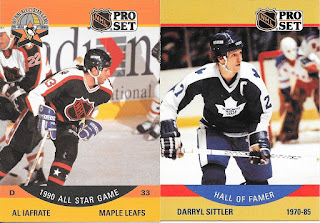 There were about 40 cards which I didn't need, but still well worth it for this bunch...and you know what...we might as well go through another! Though rather than scan through the bunch of standard card additions, here are the Leafs since they are my favourite part. 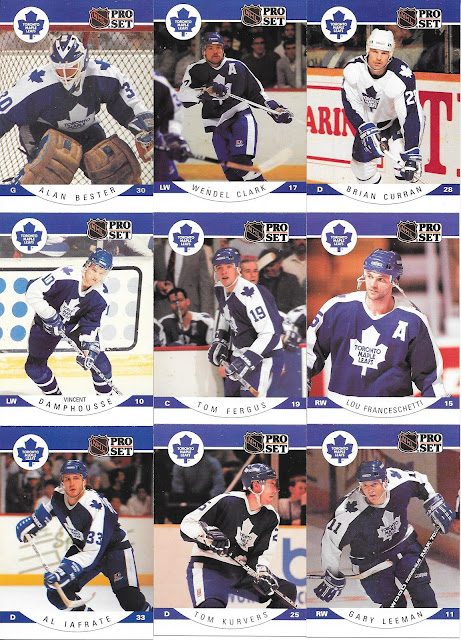 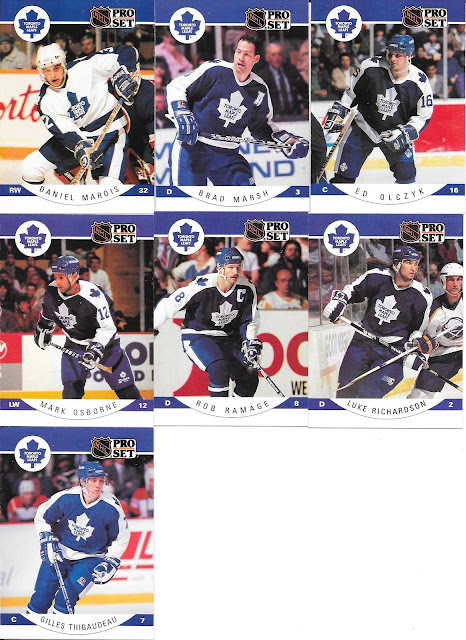 With these updated, I am actually already at 79% set completion, and should still have a bunch to go through the week - yay - the further along we can get, the better!

Not a bad day for about $6 and 250 cards or so...even if some would think them worthless junk era cards - still enjoyable as any other to me!