So this is the first of fourteen random packs of wrestling cards which I picked up as my first buy from First Row Collectibles (www.firstrow.ca). I figure these would be a good way to start in getting some wrestling cards that aren't brand new, and since I don't really have much, not very likely to have to worry much about duplicates.

The cards are sold as being 15 base cards from various sets - so should at least give me a starting point for getting some cards from the last 10-15 year would be my guess. 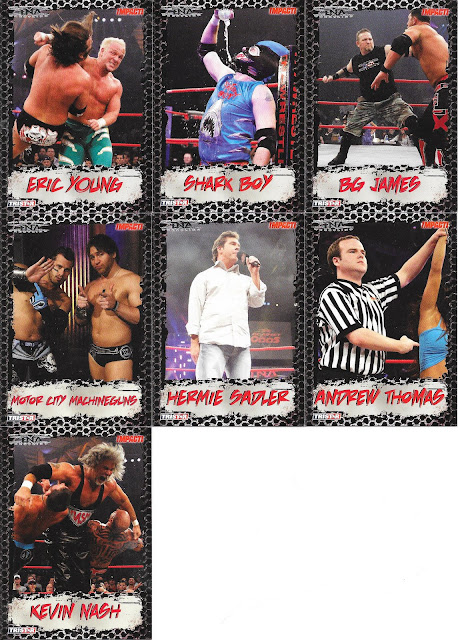 I have never really followed TNA too much, but kept up with the wrestlers and behind the scenes stuff, just couldn't find the time to watch the product much based on timing.

Eric Young made a name for himself through TNA - going from a joke talent to actually being a good top talent for a while. He has done well since coming to WWE with his stint in NXT with sAnitY and now on the main roster.

Shark Boy was most interesting in his Austin 3:16 mimic phase.

BG James I appreciated as half of the New Age Outlaws, and he spent time in TNA before returning to WWE behind the scenes.

Design is alright with decent action shots in most cases, and a nice kick off to the pack. 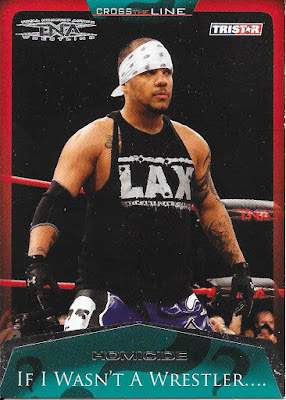 A slightly better design here, and better card stock for Cross The Line. Homicide has done a lot of work in TNA and ROH over the years. 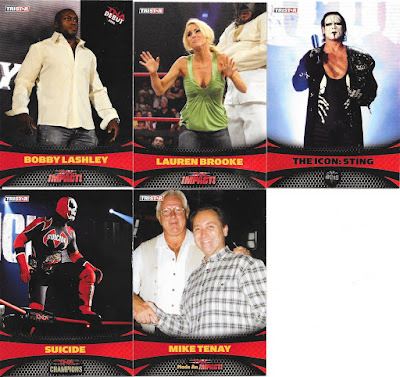 Ah, Bobby Lashley - TNA is where you finally found yourself as a wrestler. He was so bland in WWE before leaving (though who could forget his Wrestlemania match being the wrestler of choice for the now US President Trump).

Can't go wrong with Sting, whereas I never understood the need for the Suicide character tie in - just too much negative connotation to me.

There was also a good surprise... 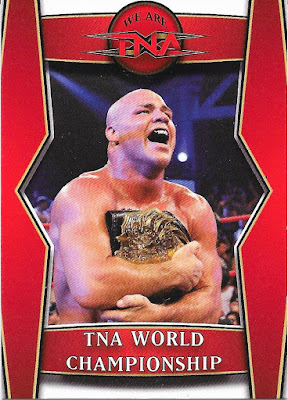 An insert - hopefully we see more, now that there was this one - and of current WWE Raw GM Kurt Angle is pretty good too.

As for a not so great surprise... 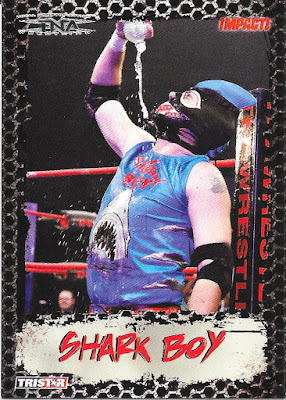 Yeah, a duplicate within the same 15 cards s a bit of a shame, but I am not too disappointed, the rest of the pack more than makes up for it.

So - a nice little pack and one that has me looking forward to opening the rest of these over the next few months or so to see what else I get.

At the end of the day, one thing I am looking to get is a base card of Titus O'Neil and Dana Brooke as I have a nice 8 by 10 page with their signatures that I have framed, and I'd like to post a card of each in with it, so this may be a good place to pick those up.