Ad to the collection 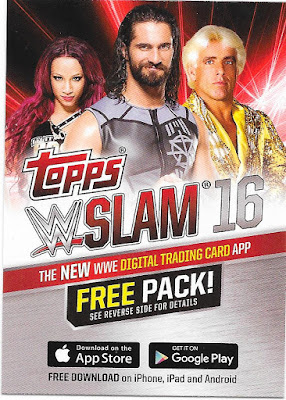 It still counts! Like the 2016 Topps Bunt cards in the baseball series two blaster, these ad cards are included in the WWE packs here and there. I guess for those who used the app, it was something worth getting, and for me - well, still a card, and still new, and still counts!

A nice old time pic out of the Flair collection to go with ROllins and Banks.

The new to me base cards... 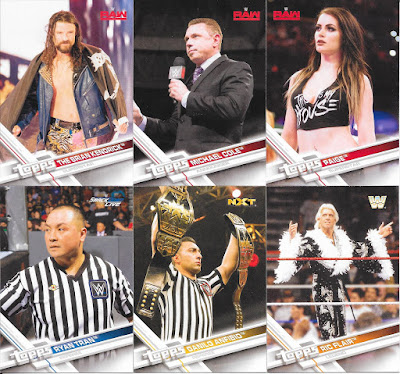 Speaking of Flair - here is his base card from the set - looks like a nice circa 1992 shot.

Also, good to see some love for the refs. An important part of the show, and unless getting bumped or otherwise being made part of an angle - quietly go about their job, with little fanfare. 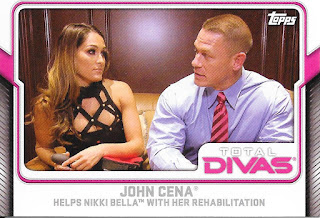 Just this one out of the Total Diva set. I can go without the drama of the show, but a second card in the subset....meh....alright.