Still counts - and knocking off 1% 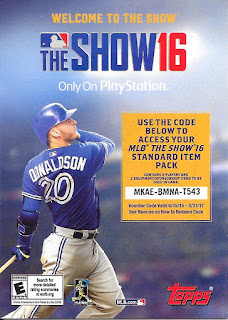 Advertisement cards still count as being cards, even if they aren't much more than shilling something. I still count this as a bonus, as I still had 10 other cards in the pack, and as a Jay since it does feature Donaldson. I mean, part of the reason I collect unopened packs is for the old pack advertising that was done such as for mail in sets, hats, t-shirts, binders, etc. Where these were done, I try and keep a pack for each different wrapper. 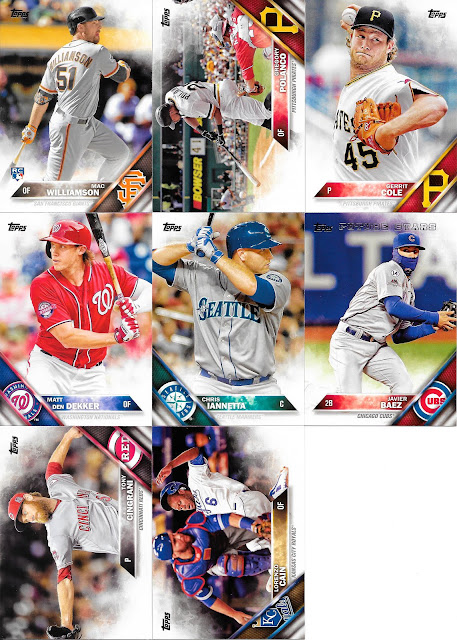 Another 8 new to me base cards, and still no Jays content on that front yet. 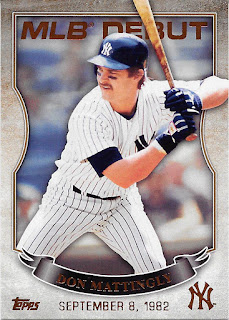 So pretty! Another very sweet MLB Debut insert. Don was one of the many names which has become synonymous with the Yankees over the years. Good thing he shaved those sideburns...such a hippie... 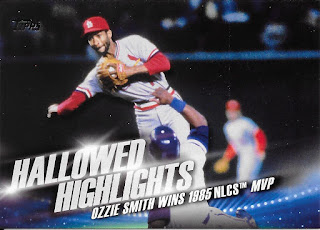 We end with a new insert set, a Hallowed Highlight featuring none other than the wizard himself, and fellow Simpsons guest alumni with Mattingly, Ozzie!

I love this pack for the Simpsons baseball episode reminders if nothing else....man, that has got to be my favourite episode of the Simpsons ever.

I recently placed another small Magic Artifact order with 401games. I was able to knock off about 70 different needs of artifacts. All are cheap common cards, so did so for about $13 CDN, but this is about 1% of all Magic Artifact cards I am missing. I know it will constantly grow with each new set, and that some I will never see such as a Mox or Black Lotus from Alpha, but still kinda cool to knock off a whole percent of missing cards. 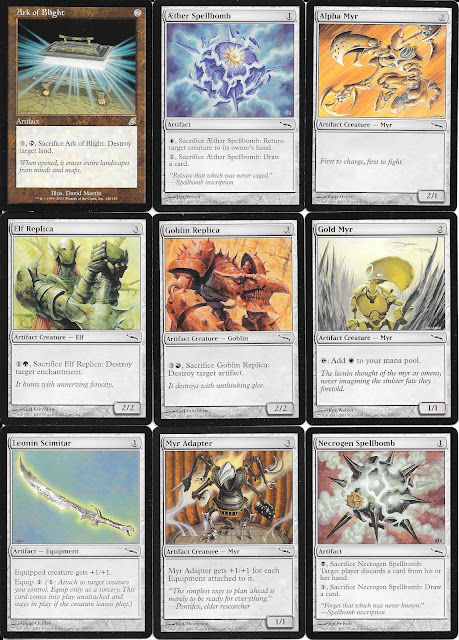 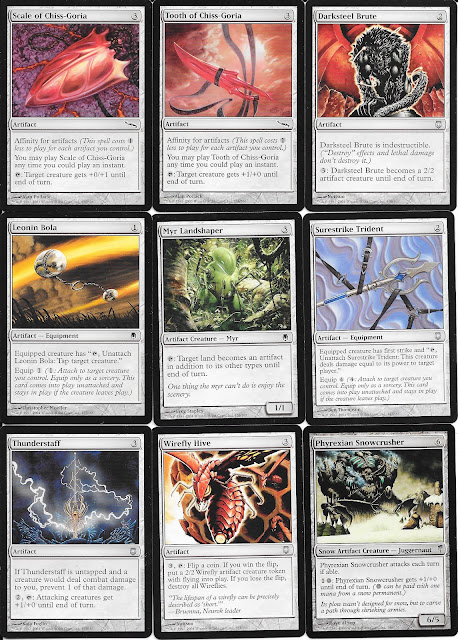 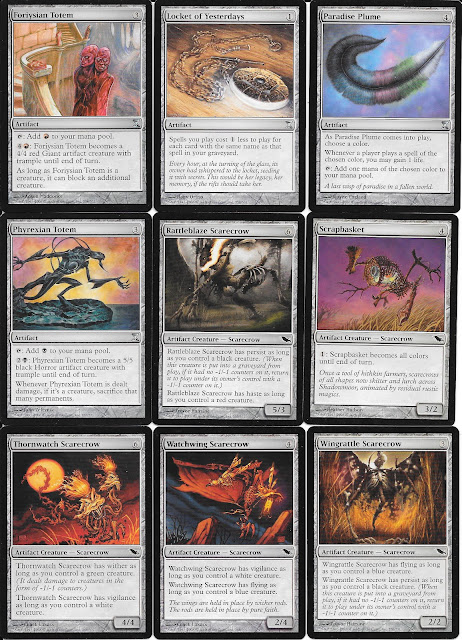 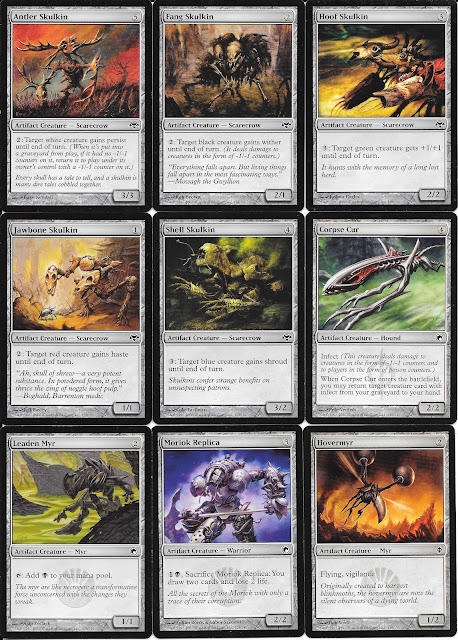 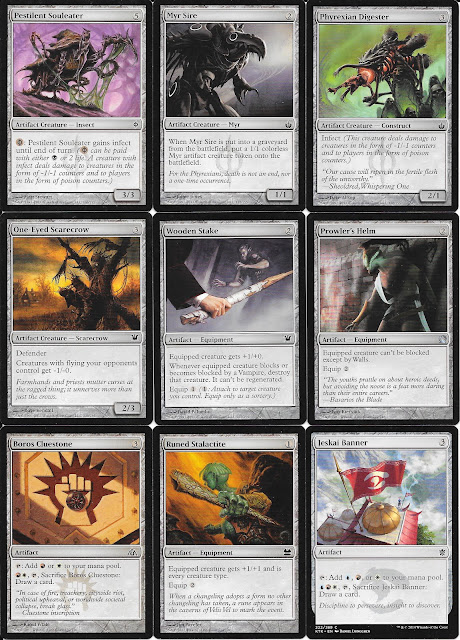 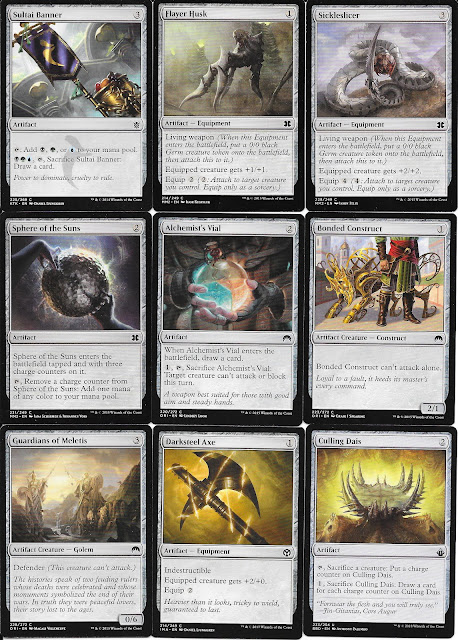 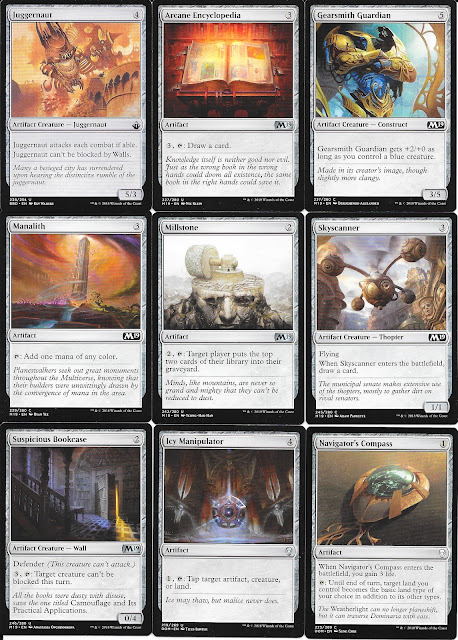 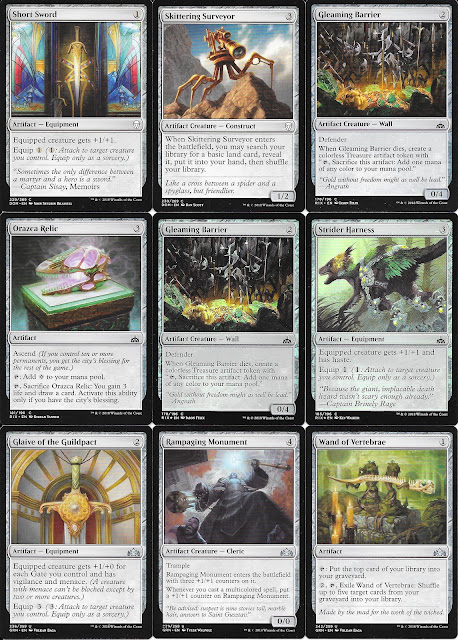 II miss the old brown border for artifact cards - just stands out so much more and I prefer compared to the silver they changed to. Not a lot of big cards here really, since they are the missing cheapies, but a missing card is a missing card - period. It's like my Toronto sports cards, I am missing plenty of simple common Jays and Leafs and happily pick those up where I can too.
Posted by CrazieJoe at 8:00 AM