Checking in with The Kid 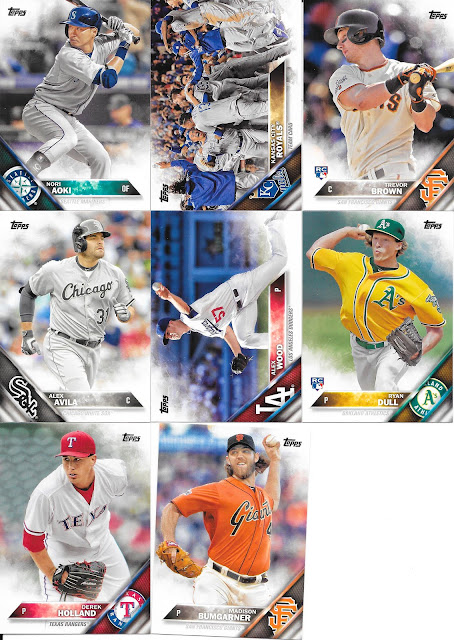 As nice as it is getting a bunch of base cards that I didn't have yet, no Jays is a bit disappointing...maybe tomorrow. 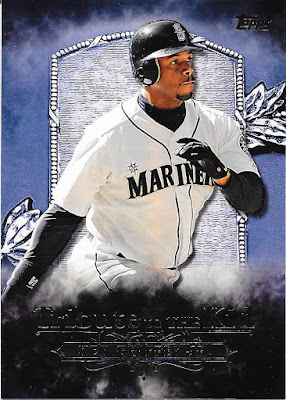 My first insert set card for The Kid. He will always be a Mariner/ One of those players that would have been nice to stays stick with a single team, but didn't quite make it - though the reasons are understandable. It's a shame that injuries plagued the latter part of his career as I think he had an outside shot of getting the career home run mark, but just didn't have the health to get there. 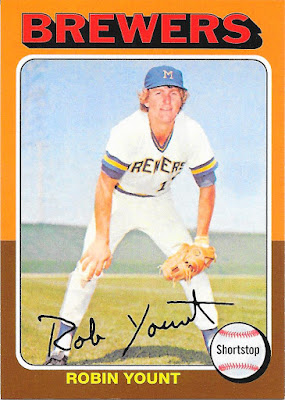 The Berger's Best inserts do an awesome job of looking exactly like the card on the front with the Berger back. I don't have the original card so can't do a side by side comparison, but obviously the card stock is different, and the front is glossy, but otherwise, similar look. 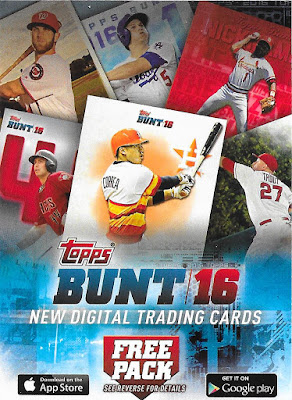 Bonus - and I will treat it as such. I know it is just an add card and put in accordingly, but new to me, so I'll count it for 2 points, but not as a card itself.

Some Listia pick ups before we go for the day. A few more needs knocked off for 1990-91 O Pee Chee hockey list. These came in three different lots, so a few more extra traders from the set too. 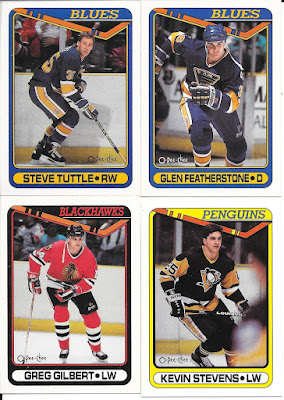 Slow and steady on this one - still have about 50 cards to go.
Posted by CrazieJoe at 8:00 AM