How about announcing legend?

Before the wrestling pack, let's get to a nice little trade that came in from Philallins at TCDB. He comes from the far away land of Scarborough. For those not in the know, it's about an hour from where I live, and actually where I grew up, and when my mom still is - the East side of Toronto.

Bottom line - not to far away so if all works out, one of these days we may just meet up.

Today, just a trade by mail which led to these fine additions... 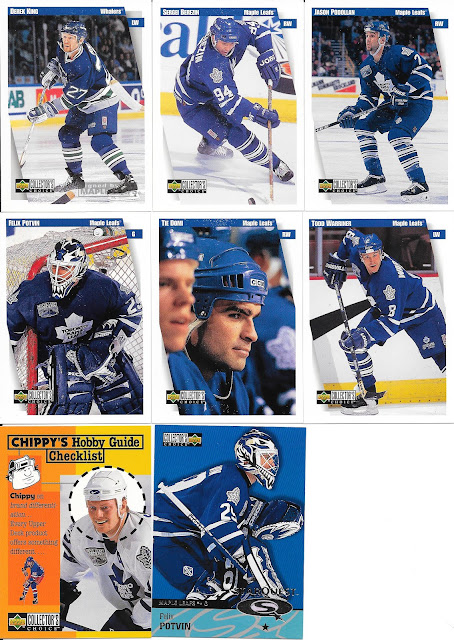 A nice dent into 1997-98 Collector's Choice. Some nice 90s Leafs with Sundin,. Potvin and Domi representing here. I remember Domi well enough to say, he was an enforcer, but when given the chance, he could put the puck in the net. Max definitely got some of the talent from Tie. 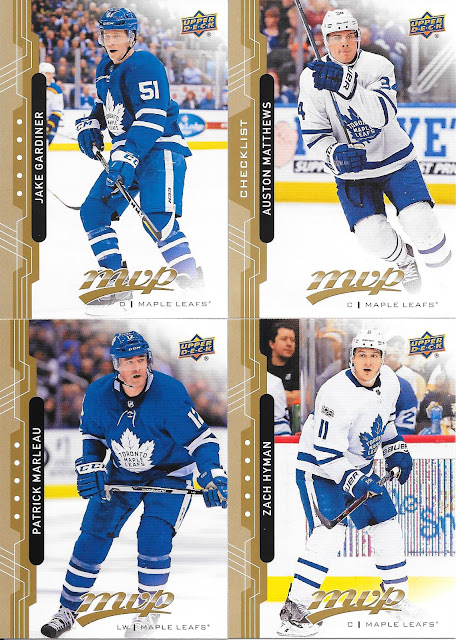 Always happy to get an Auston card. He is obviously the hot ticket in Toronto (though Marner is a good second, and that Tavares guy is alright too), so I am not going to be going paying for a Young Gun rookie of his. Any Auston is a good Auston though as I have all of 1% of his cards - almost - 8 of almost 1,000 according to the database. 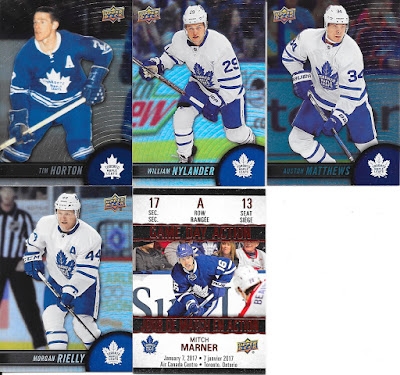 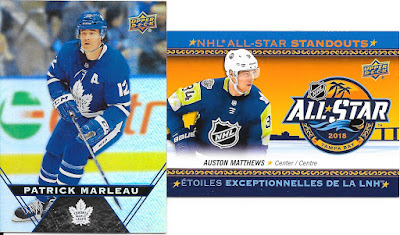 We end with a bunch of Timmies. Definitely my favourite set to get cards of each year. Heck, I have about 24 packs from 2018-19 I have to open still...maybe later this year...just a teaser...it's in queue to get to.

An awesome trade and great adds I will thoroughly appreciate having in the collection now.

As for the wrestling pack today...it doesn't happen often, but I wonder if there is some thought put into whether someone like Booker T should be listed as an announcer or as a legend. 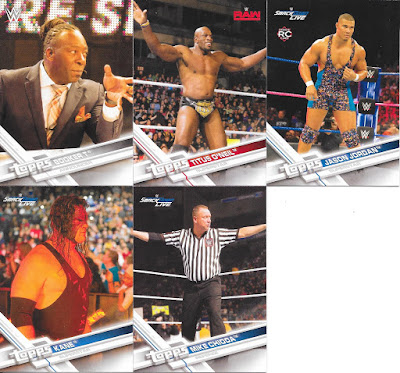 Not meaning to demean or reduce the importance of an announcer, but I would think Booker T is better described as a legend given his amazing career. Heck, give the man two cards in the base set, he's one of those guys who would deserve it. I guess an alternative would be a variation since those are so popular - why not give the variation some meaning, by making it that different?

Insert for today are both inserts which pop up every other pack. 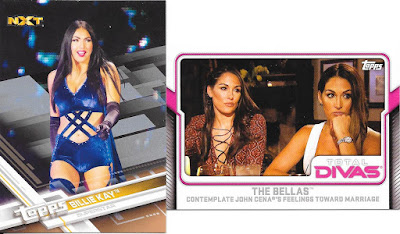 A nice bronze parallel of Aussie Billie Kay, and a *sigh* Total Divas insert. I guess the Total Divas cards make sense as an insert set, but still, not one I am going to go out of my way to collect....but if it happens....I'd still keep it....