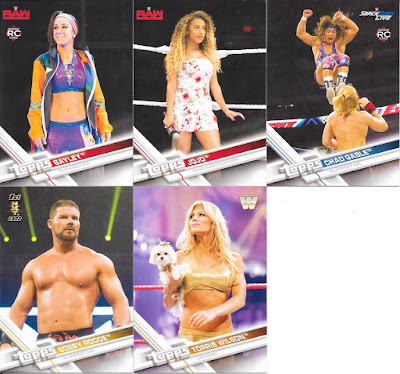 I love that Bayley comes off as a good role model - in that John Cena for little kids vibe. She does it well, and I think she works in that role. I presume she can move a lot of merchandise in that role as well, if you care about the business side.

I don't think she really found herself quickly as many thought she would - and I was hoping that she would as well. It's nice to debut, being brought in by Mick Foley, and having everyone expecting it and chanting your name - made for a great initial moment, but I think Bayley has spent a good part of her time on the main roster lost.

Though that happened with Becky Lynch too, but she's had a stellar last year all around. 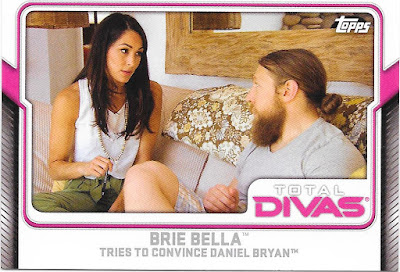 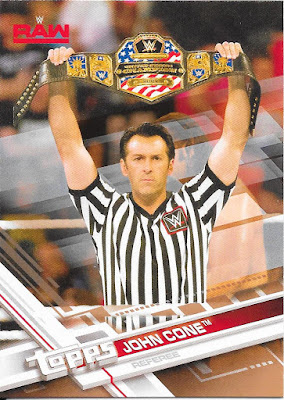 We end with a bronze parallel, however, I think this is a great shot to use for an insert set which would talk about the titles. No offence to John Cone, but I think the belt takes centre stage here. A simple enough theme, and the history of the titles would be a sweet little insert set.