A break between boxes as usual. Today a Dollarama surprise pack. 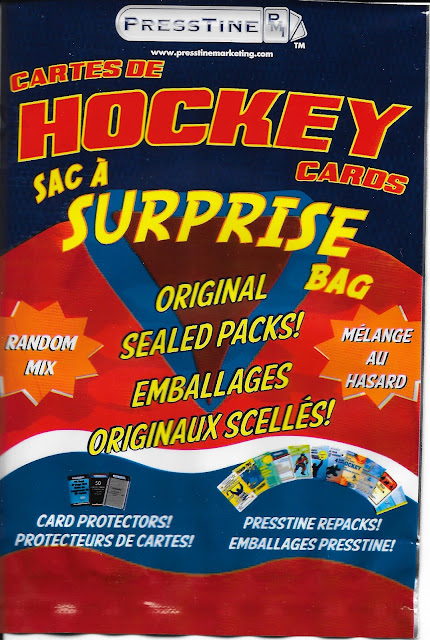 Getting into it, this is what we end up with... 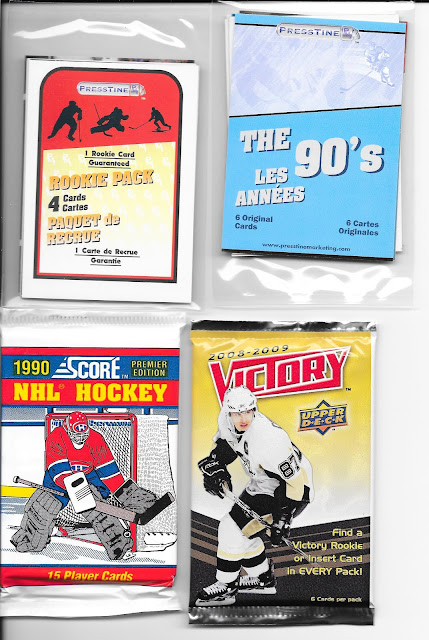 I am always a little hopefully I may come across an unopened pack that I don't yet have in my collection. These two packs are the standard fare for what I find in these, and I already have both, so no luck there.

Next hope is whether I add anything specific to my collection. Definite hope there between still needing a number of cards for the 1990-91 Score American set, so might get a few from the 15 card pack. Also a chance at an insert in the Victory pack, plus I do have about 2/3 of that set, so a quiet slow build to that set is fine. Also, a chance for a Leaf or two, so let's see what we get.

Rather than show them all, let's just look at the keepers... 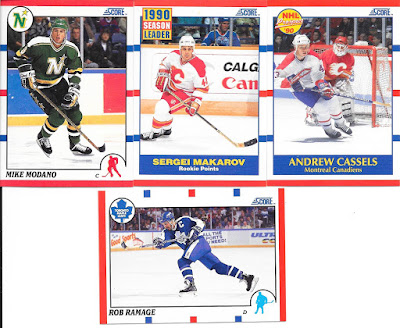 Not bad to get three needs knocked off and a Leaf card out of the 15. A solid pack given I'm about 85% done the set.

Again, I have a good portion of this set at about 2/3rds, and with the pack needed... 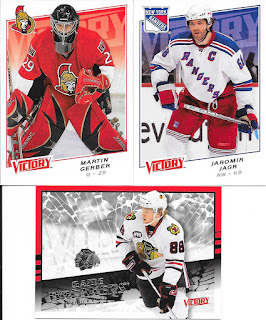 No! Bad Jagr! Bad! You wear Pittsburgh colours only! Okay, 2 of 6 were needs, but at least the insert is new too. 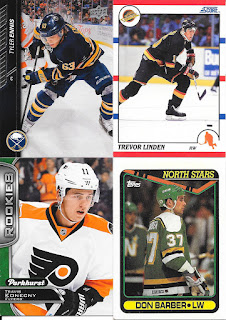 Almost as soon as the 1990-91 Topps card was out of the pack, it began to curl up. I find that happens some times - not even the older cardboard, but I find the late 80s early 90s O Pee Chee and Topps can get a wicked curl very easily. Gather it is sucking up a bit of moisture, but I think they may even be curled nicely before inserted into these packs, and then revert to their original curl.

All new for me except Linden 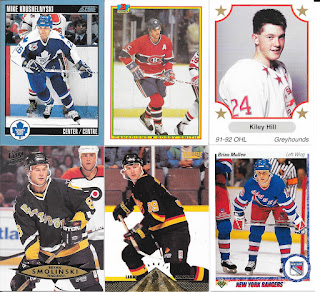 Nice to get a Leaf card - score! Actually, also one that I needed - double score! The bottom row were all new to me as well. Actually, Larry Courville double my collection of 1996-97 Pinnacle, from one card to two~

A couple Leafs, an insert, and a couple adds to sets that are about 66% done isn't too bad a way to spent $2!
Posted by CrazieJoe at 8:00 AM