From the title, pretty obvious which card highlights the base ones that are aain, all new to me. 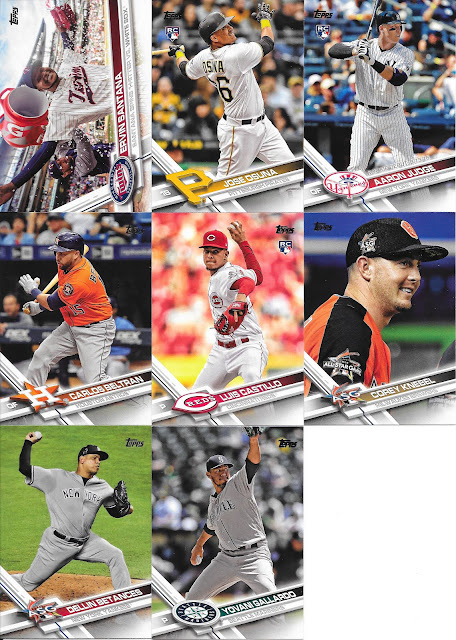 The Aaron Judge rookie card, though not the short print or variation one, still a nice base card to get as far as interest goes. I'd rather get an Auston Matthews rookie card - not even the Young Gun one, but for this set, that's as good as it's going to get for rookies.

Some of the pictures have impressed me with this set, such as the Ervin Santana. Not sure if past Update sets have as much nicer photography. It's not something I have much experience with (I don't have much Update from the last 5 years), so I can't say for sure. 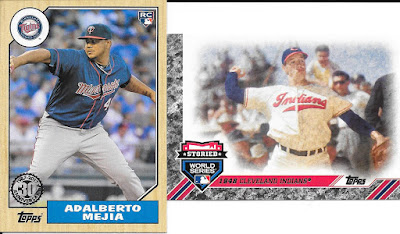 Insert today includes the 1987 wood classic retro look for Mejia, and the 1948 Cleveland Indians storied World Series documented as well. I didn't realize 80,000 fans attended a game in Cleveland during that World Series - that's a massive number even for now.

Just to check in on one of my goals for this year, I wanted to trade away 5,000 cards again this year, like I did last year. I am definitely off to a slower pace this year, which is fine, but currently just over 1,300 traded away. Not bad, but unless I pick things up, not going to hit 5,000 this year, which is fine as I thought it was a stretch goal given everything else going on this year, but we shall see.
Posted by CrazieJoe at 8:00 AM