Interesting that, at times, there seem to be packs just filled with the legend cards in these wrestling sets - base, parallels, etc. This seems to be another one - not that I am complaining. 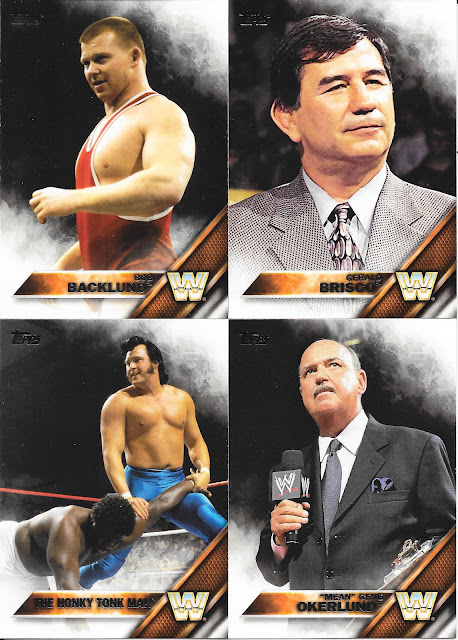 Yeah - star studded indeed. Mean Gene passed away a few months ago at the age of 76, and was one of the voices of wrestling for me growing up. Loved his interviews, and his work later on with the network. Add in Bob Backlund, who I missed his real run in the 80s, but watched his 90s work, which was still tremendous, especially for his age. Similar from Brisco who I remember more for being one of the Stooges, and Honky Tonk was and is one of the best intercontinental champions ever. 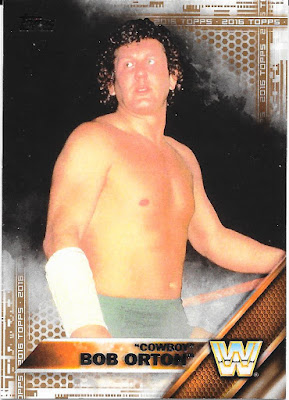 Yeah, didn't stop there either as even the bronze parallel gives us Bob Orton. Still unfortunate that he had to wear that cast for something like 15 years.... 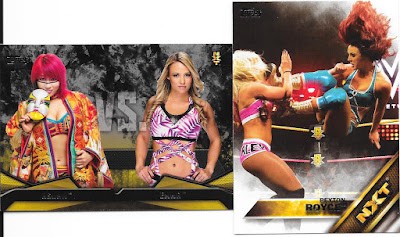