Today is the best day of the year - kinda like New Years - partied out from being done with another busy tax season, and it is now the further possible time from the next one....just a general sense of relief to be done and exhaustion from the effort put in. Honestly, this was the worst (see busiest) busy season I have been through...and I have been through 19 now. I worked more hours, and with new junior staff from last year, there was a lot of training and learning to be done as well.

So, what is better than going through some random new cards out of the second half of the Dollarama pack to do some relaxing, zen-like calming. Always a fun activity, but especially without work nagging at the back of my mind. 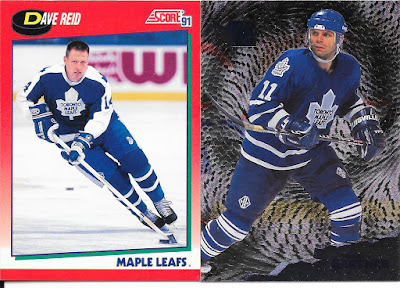 6 Leafs in the 80 cards works for me. I was a bit surprised I already had the Gartner Metal card, but a second one works fine for me.

Plenty of keepers in this half... 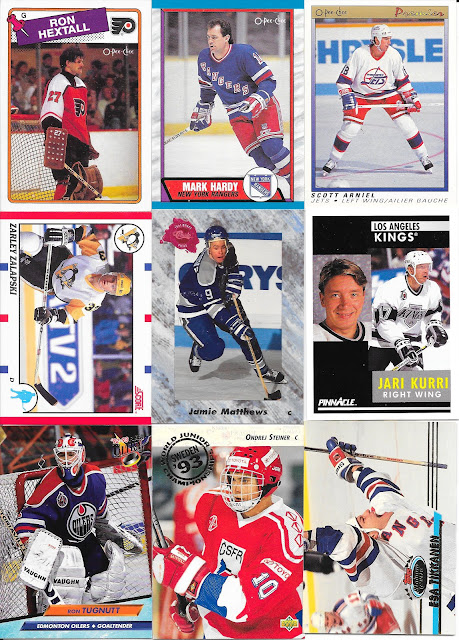 Not sure it gets much better than that Hextall pic - I mean, that hair just screams 80s brute. Hextall was a tough guy goalie. I remember him and Potvin getting into it back in the day, though that was well after the hair had started to run away for Hextall. 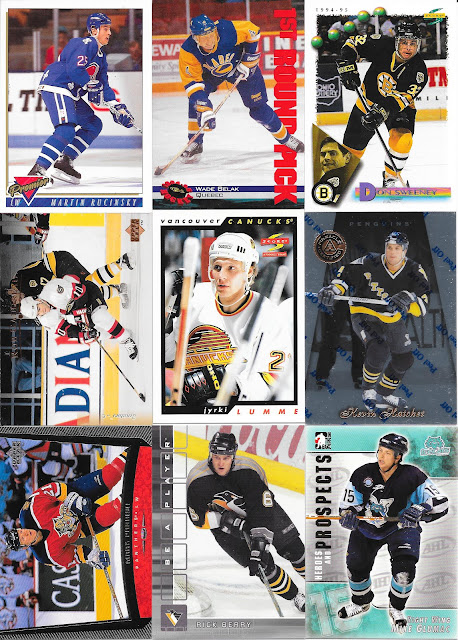 Nice to see a Pinnacle of the Certified variety show up in the repack as well. 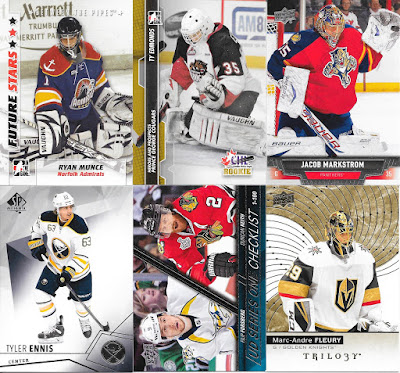 Nice! My first Trilogy base card, and one of the few Vegas Knights cards I have too. An interesting design, and nice card stock...I'm a fan. 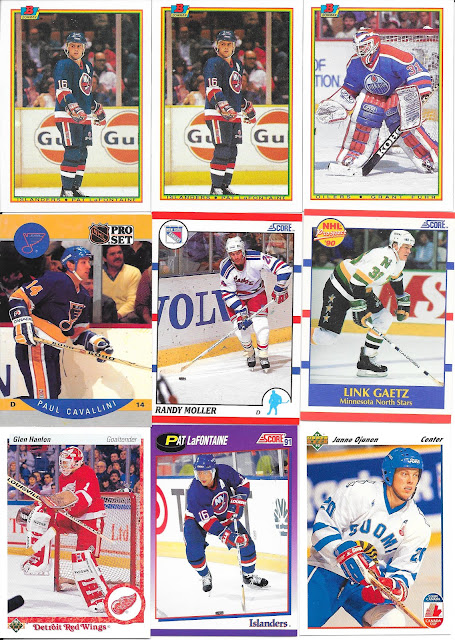 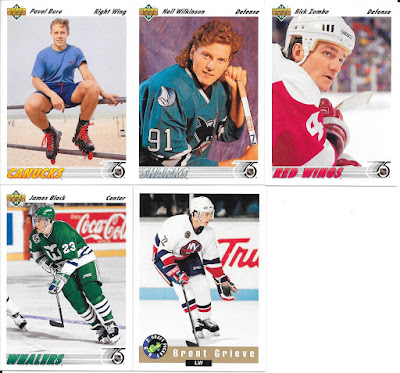 As for the dupes, not too many at all, so great keeper percentage, and if you are talking dupes, again just a few Bowman cards and some decent overproduced 90s cards including the nice Bure card.

Given how this pack turned out, might just have to pick up another one or two of these, they are a bit better than the baseball ones for me, given the card makeup compared to that of the baseball ones.

Before I finish off, now that I should have a few more minutes every day since I can go back to working 7-9 hours a day instead of 12-14 - how about some Listia pick ups... 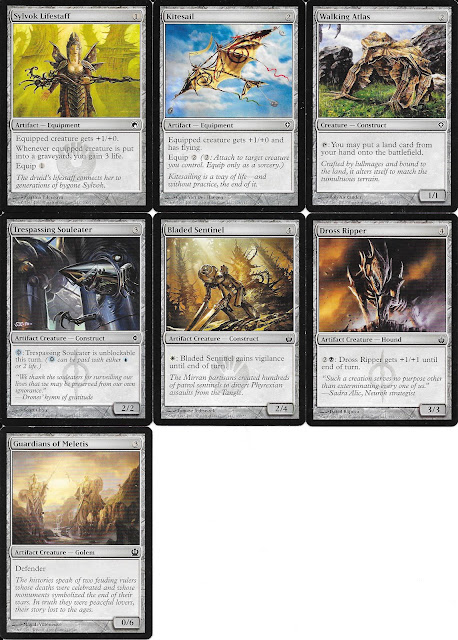 A few that are completely new, and a few that I have one or two copies of, and nothing too expensive or special as they are all commons, but even the common cards can be good ones. Heck, Guardians of Meletis - three cost for a 6 defense card isn't bad!
Posted by CrazieJoe at 8:00 AM