Before the cards, happy to say that the family trips are all booked for this year. We will be going to Disney close to Halloween time this year (we were waiting for the kids to be old enough to hopefully have good memories, and they will be 9 and 6 when we go). We also have our Rochester/Buffalo trip booked for the summer (which will include a trip to Dave and Adams Card World - yay!). It's funny, my 5 year old daughter has mentioned out of the blue a couple times, wanting to go back to the store with the cards and games they could play. She gets bonus points for helping to have the trip happen again (and yes, the trip is more about going to the Strong Museum, the Seneca Zoo, and the Buffalo Museum of Science as the kids had fun on that one last year.

Nice to have some down time planned out....and a source for more cards lined up...will have to check out the sales and maybe order ahead for pick up from DACW....

Anyway, back to cards... 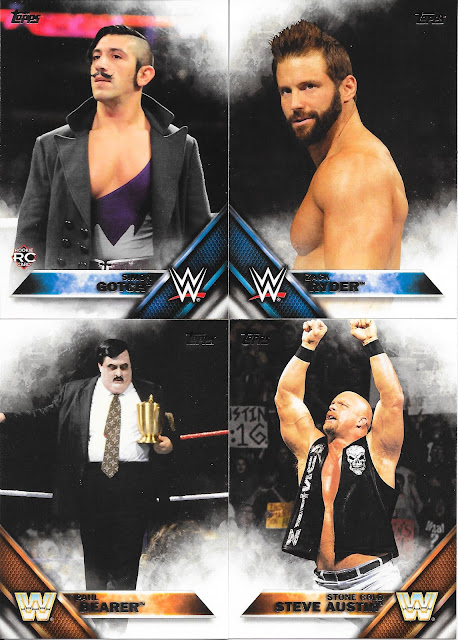 Zack Ryder is an interesting case. Though I am glad he got his Wrestlemania moment in winning a secondary title in a ladders match, wonder if he could have been more if given a different opportunity or different career timing. Zack did well with his Youtube videos and getting himself over, and maybe he was a bit before his time in such, compared to now with the WWE network (and getting his own show there which could have been a good way to go).

Would be an interesting study to see how he could have had a different career - not that it was horrible - man made it in WWE and stuck around a great while, capturing titles, but a mid-card level. 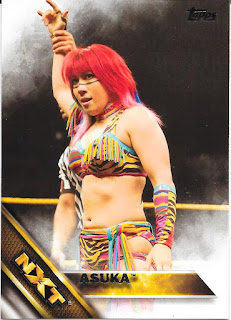 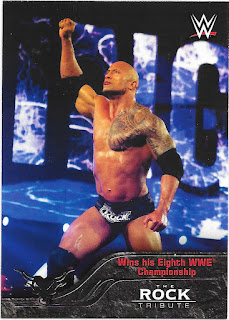 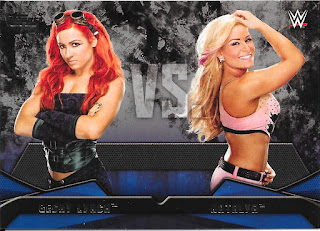 Nice to get the Asuka NXT prospect card - she was THE prospect in 2016. Add in a nice rivalry for The Man, and a Rock insert I needed, and another successful pack from start to end.