You can't teach that

I am liking this second blaster so much better than the last "second" blaster I did. Another pack today, with no dupes base or insert. 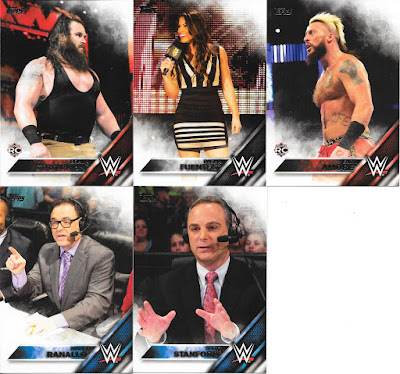 All five of those suckers, nice and new for the base set.The biggest would have to be Braun as it is his rookie card, and most disappointing, Enzo's. The guy had so much charisma and talent, just unfortunate the way things ended up for him and Big Cass. I think Big Cass has a good shot to turn it around and has some personal problems to deal with, not sure on Enzo. I mean, going to a WWE event after you were no longer working for them, and trying to create problems by talking to the crowd, from the crowd, getting yourself ejected (if memory serves). That's not cool man. 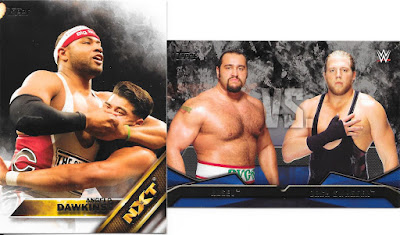 Dawkins here brings the NXT prospects insert set to 12 of 15 and has me crossing my fingers that I will see the final three in the remaining packs I have here.