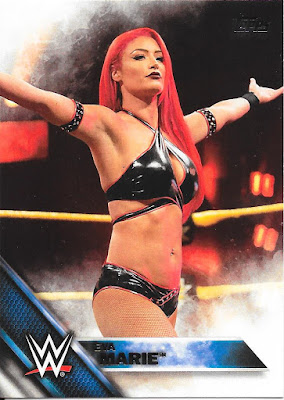 Oh Eva Marie. Eva is a case of WWE wanting to make someone a star, Eva likely wanting to be made into a star, but just lacking an ability to - you know - wrestle. I obviously don;t know anything first hand, and can only go by what was shown on shows, but I don't think it was specifically a lack of effort to learn, but just didn't end up with great results.

Obviously she has been gone from WWE for a while, and still hangs on to her bit of celebrity/fame, but she did have a different look and could have been something if it could have clicked. A shame, but I know my cousin still enjoyed watching her. No, not her matches - just her.

Four base cards in this pack, and nicely again, all set needs. If I were to start a PC for wrestling, Renee would make the cut for being one I would need to collect for. 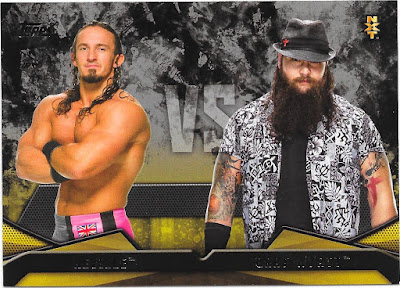 This feud, in 2013, was before I started really following NXT at all. Back then, with my daughter born in that year, son in 2010, those years were okay for following the main product, but that's it. With the kids a bit older, and a bit more time, I've been able to dabble more, but I remember nothing of this feud. 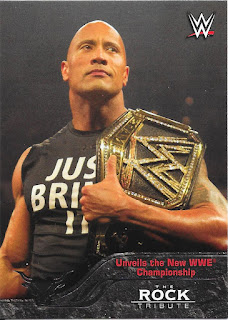 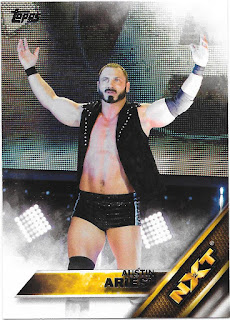 Only 10 Rock Tribute cards in the set, so no surprise I'd have a dupe in this box, and just like yesterday, an NXT Prospect dupe. At least Aries isn't with WWE anymore. Again, no first hand knowledge, and just the way we have seen events unfold, but he doesn't seem to be a big loss to WWE (just check out the way his final match against Johnny Impact went before he left Impact/TNA last year).