Today's pack brings along not one, not two, but three legend cards from the base set:

A nice variety of legends - the weasel, a former king of the ring winner, and the living legend. I know Heenan and Duggan well having grown up watching them, while Zbyszko I only knew from the bit in WCW in the 90s, not the bulk of his career. All solid base cards, and needed base cards, as well as the last base card... 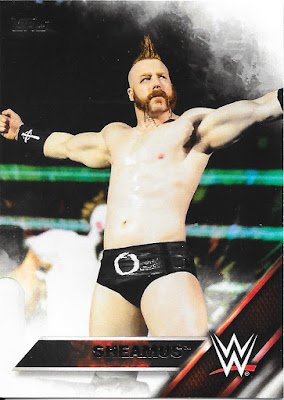 Man that was some ugly hair. 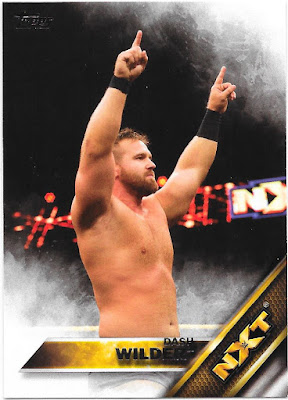 The foil name bringting is off a bit on this one as his name Dash, shouldn't be in the white space, but completely within the bar. Not a big enough deal for me to care, but noticeable. 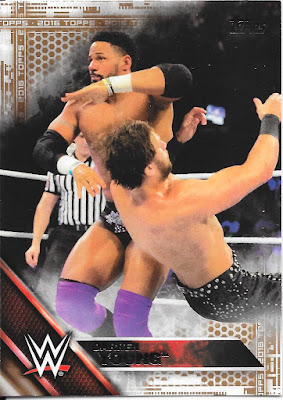 A bronze parallel of Darren Young (second as far as personalities in WWE with the last name Young in the past 5 years behind Renee). 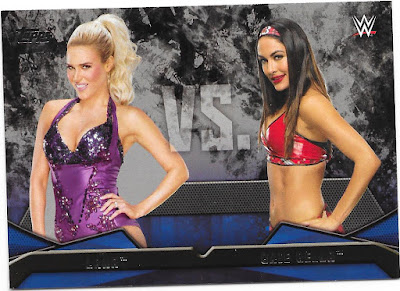 We end with a crookedly scanned rivalries that no one cared about between Lana and Brie. I guess they really had to go down the list for rivalries when figuring these cards out, because not sure I'd really call it much of a rivalry.

That said, another solid pack as I needed all of the cards in it - yay!