Well this is a surprise... 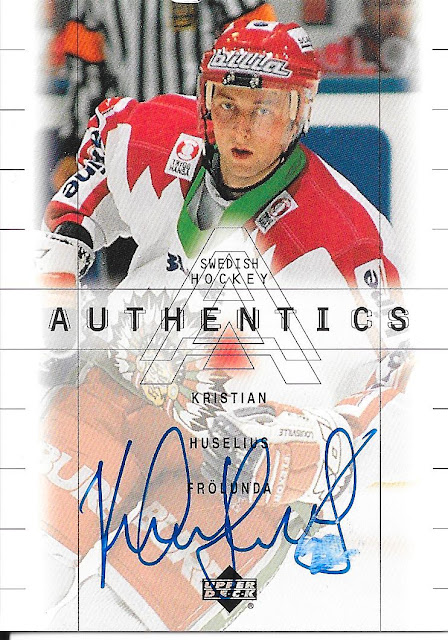 I was not expecting there to be any "hits" in this lot. I know, the auto is smudged - well actually, I think it is where he notes his number, but smudged regardless.
This is the first in hand smudge auto I have seen, so it made me wonder how typical that is.
Apparently, more typical than you might expect. I guess not a total surprise, as much as you might want every auto to be perfect, smudging happens. I would assume it may decrease the value compared to an unsmudged version, but no way of knowing if it was this way when signed, or was this way in packaging, or smudged after the fact by someone having it in hand. I'd like to think it was this way from the get go.

What is the worst smudged auto you have seen, either in hand or online? This one really isn't that bad since it is basically the jersey number only that is smeared at the end. 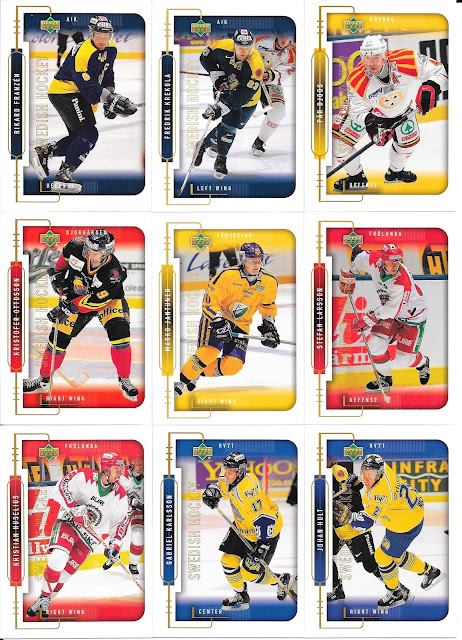 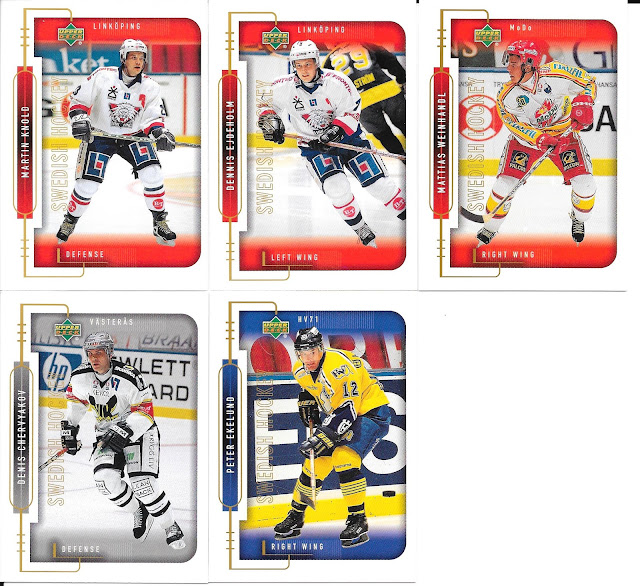 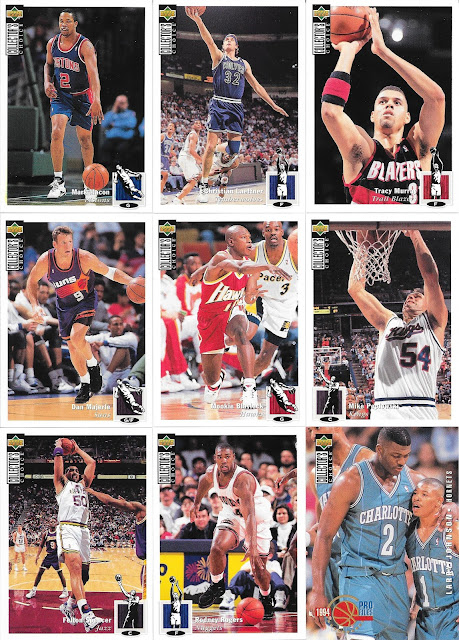 The rest is some more dabbling in 1994 and 1995 basketball cards with German and French languages covered again.
Mugsy also looks pretty covered by Larry - really shows the size difference and Mugsy's stature. 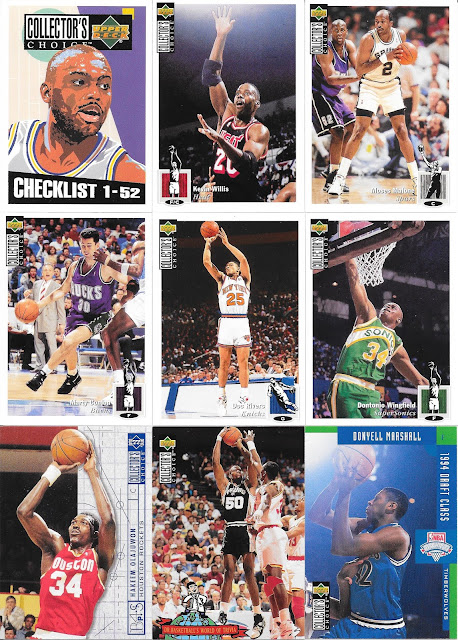 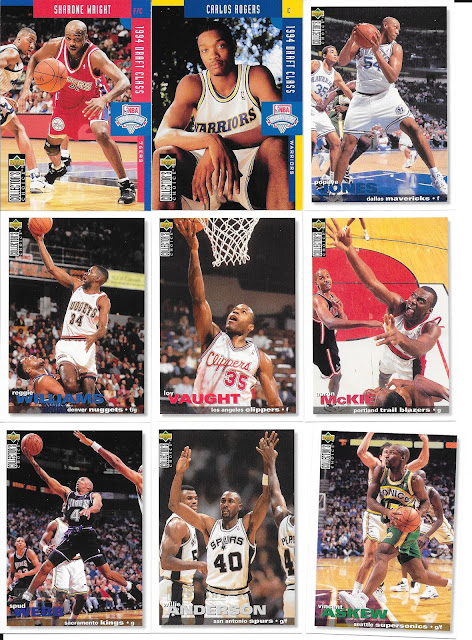 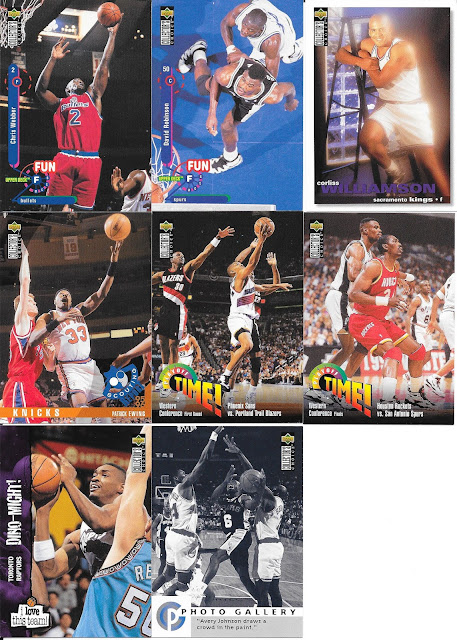 Not only a nice overhead David Robinson, but a Raptors card with the excellent "i love this game" subset. 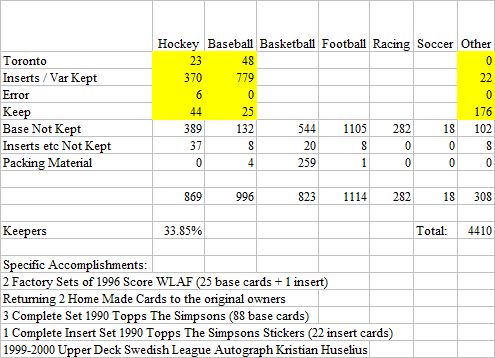