Today's cards continue the European theme with more of the same, but different cards. 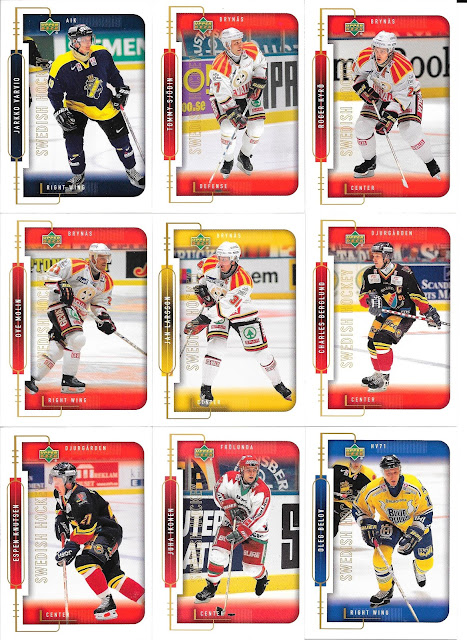 To be honest, I am sure more of these players than I realize have some NHL time to their career, but not every name jumps out to me. There are also plenty who are career Swiss League players like Jan Larsson. 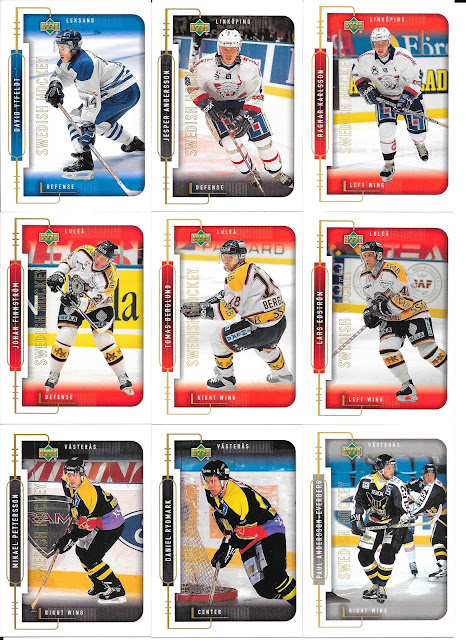 Especially considering the timeframe, the uniforms do look so much more cluttered with the advertising that was allowed in the league. I completely understand the reason for it being done as I am sure it is a big money maker for the league, but it definitely noticeable when seeing the uniforms on cards - especially comparing to NHL jerseys.
Actually, one other jersey observation - looking at the Berglund card, appears at least some teams have the player name on the back under the number. Interesting.

SHL Talent indeed, Henrik never made the jump to the NHL, but spent his entire career in Europe. 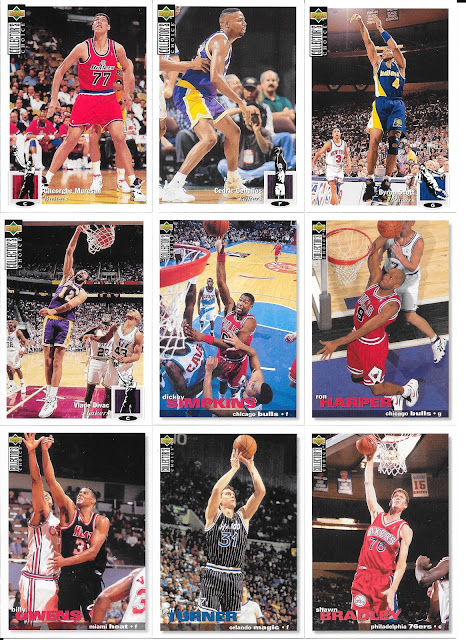 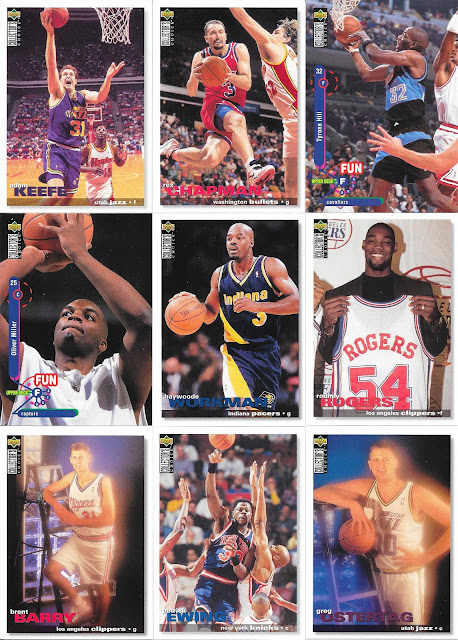 Another smattering of French and German Upper Deck cards, including the Barry and Ostertag cards at the bottom which appear to have taken place at a photoshoot in a sauna. Not sure what these cards were going for, but I am not a fan. 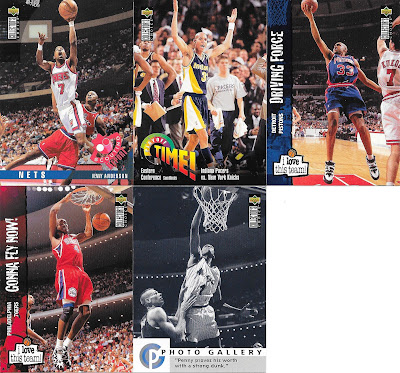 We end with some Miller Time. I was never a big Reggie Miller fan. A good part of it was likely because I was, if anything, all Chicago Bulls, and at one point Indiana was as solid a team as was out there that could knock Chicago off, but also, rightfully or not, I remember Reggie coming off as a bit of a complainer.

I know he seemed to trash talk and go after referees if he disagreed with calls, it was just the type of player he was. Indiana fans probably loved him, most others...not so much. 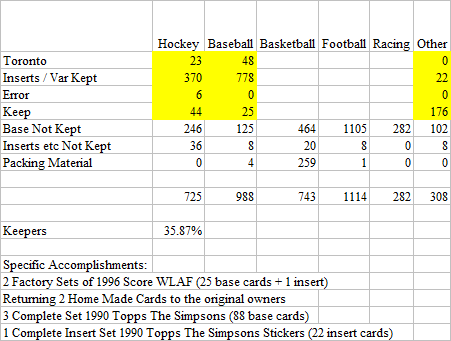