So, continuing the trend from yesterday, we have some more German Upper Deck basketball cards to start... 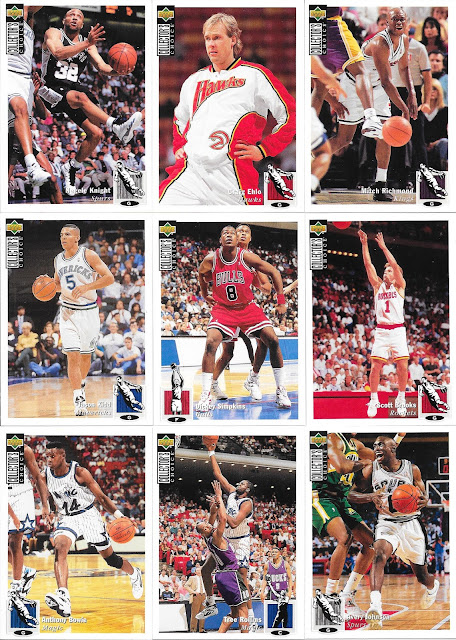 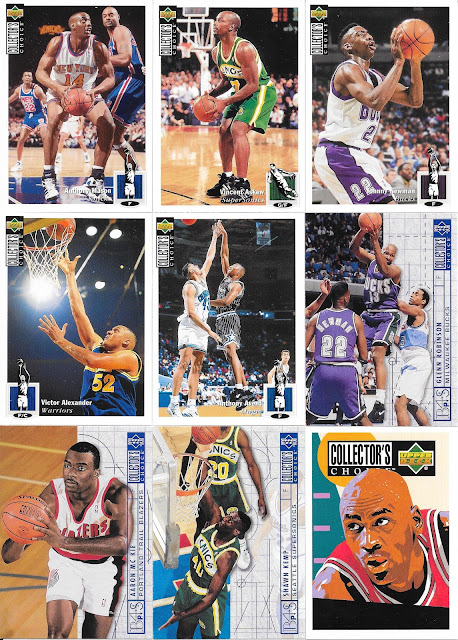 Sweet! Love when they include a Jordan, even if it is just a checklist card. Shawn Kemp was always someone I liked watching play as well. 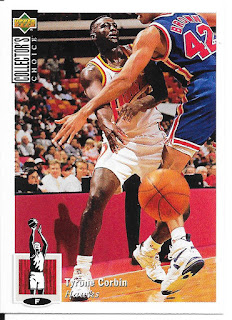 Now we get interesting in a hockey sense...I have never seen these cards before... 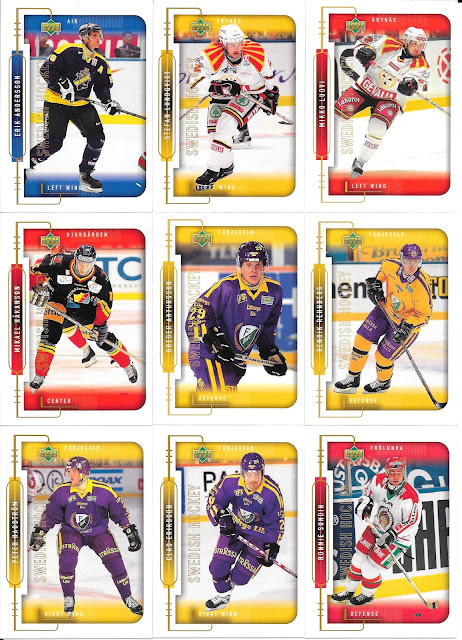 The design of the 1999-2000 Upper deck Swedish Hockey League is very MVP in nature, and that's not a bad thing. A solid design, and content that I never followed, and really a set, I didn't know about specifically. I know there are European leagues and card sets, but since they aren't usually released around here, and aren't something I follow or try to collect, I am simply put, ignorant to these releases.
So the big question of course, is there anyone of importance from an NHL perspective, in the set? 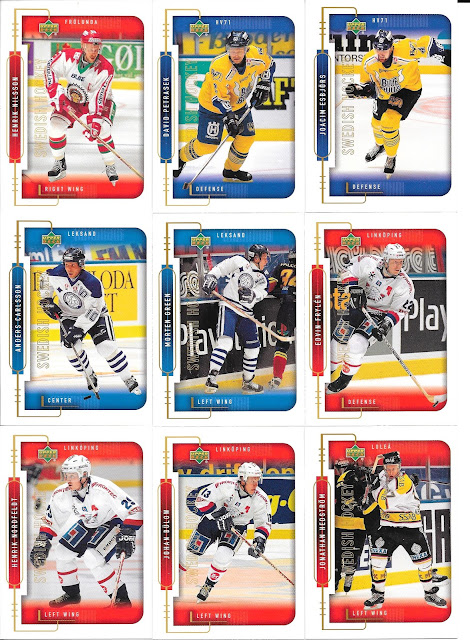 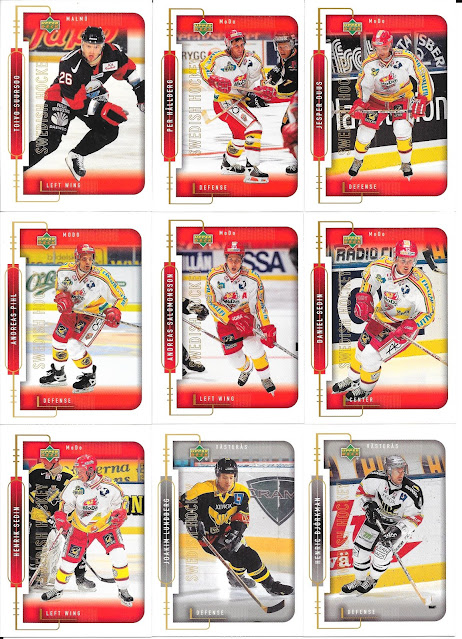 Well, a few NHLers here for sure, but I think the big names would be the Sedin brothers, at least from the cards I have picked up here. 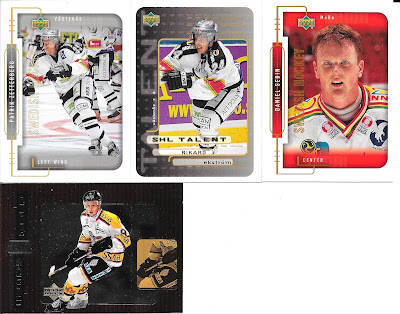 There is even an insert, which again, very much an MVP insert design.

Very cool set, and will be interesting to see how much of it is pieced together in the lot of cards. Given the Sedin's are here, would think there may be a shot at a complete set. 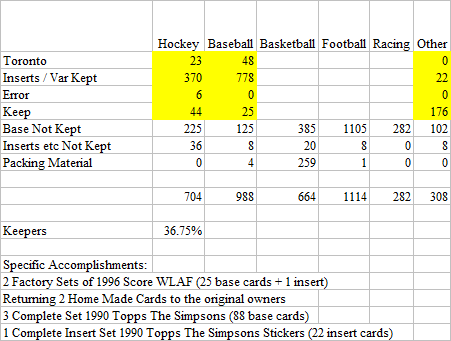