A Set in A Week

I am going to go out on a limb and say that over the next week, as I go through a bunch of 1992-93 Upper Deck hockey cards, that I am going to have a completed set when this is done. As it stands, I have about 230 cards from the set. It looks just about right for a set in the box, and I know there are hologram variations again (card 1-440) on this set, but let's see how it start with the first 100 cards of the 640 card set. 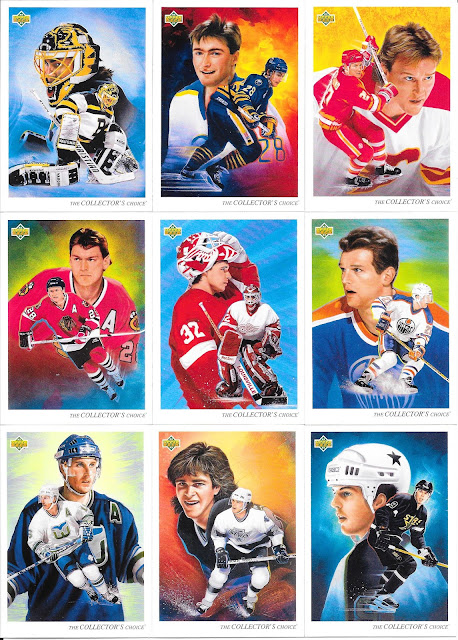 The set starts nicely with the Collector's Choice portrait checklists for each team. Always liked these as they were so well done and stood out in the sets. Besides, checklists are underrated. Back in the day, how else did you know which players you were missing or team collecting...the internet has changed things like this seeming to matter, hasn't it? 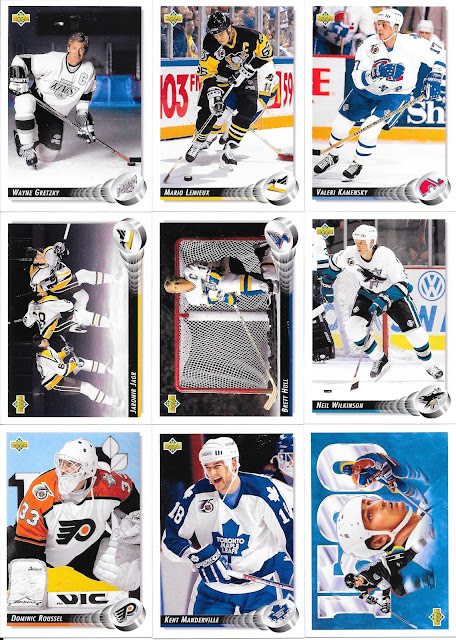 After the checklists, you get right into the regular design, but a handful of superstars with Gretzky, Hull, Lemieux, Jagr, and Wayne again. 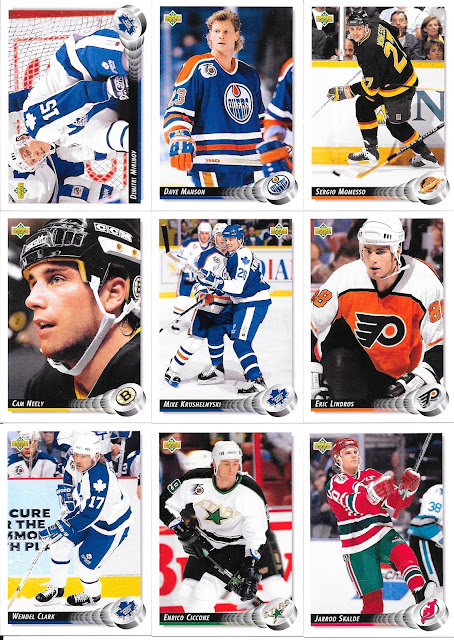 One of the noteworthy cards from the set would be card 88 - appropriately - for Eric Lindros. A good reminder of how big a deal he was when he was starting in the league. 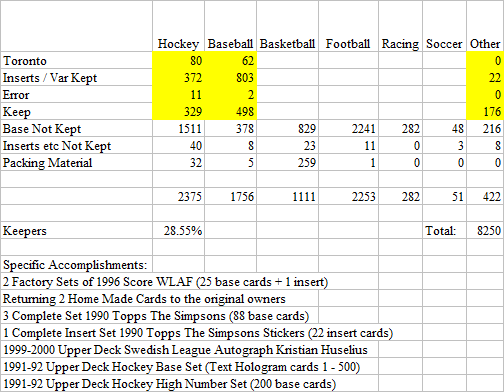