No Way and Hitting 8K!

I have no idea if this is going to impact Canada - but I am sure many of you have heard that Walmart and Target in the US are not selling some sports or trading game cards (originally I thought it was all, but appears only certain ones) until further notice. I fully appreciate the reason given - safety of their staff and patrons - but still surprising it has come to this.

No idea how this will play out long term - if it will go back to normal at some point assuming the current boom goes away, or it may help the boom go away, but no real impact for myself as the cards I really want, I get from 401games for Magic and for sports cards, since I don't have a big interest on current, I get through lots like the one I am still working through now!

Today's cards which get us to that 8k number are really a bit of everything, which is always cool.

1996-97 Pinnacle can be a tricky set. What I mean is, I have found cards in lots a couple times, and they can be problematic for sticking. Here, the only one that seems to have a bit of damage is Mats (see the bottom left) with some speckling colour of the back of whatever card was in front of him.
Luckily Mats is a dupe, and will keep him nonetheless....and flipping him around, the back is a bit rough too. At least the others are alright include Todd Gill which is actually a Sharks card as he was traded, but pictured in Leaf garb. 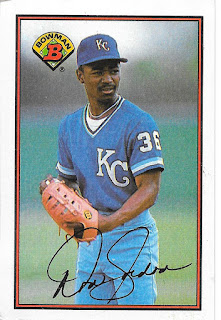 I am not collecting 1989 Bowman, but I'll keep a UER card any day of the week, thank you kindly.
As for the rest...know how I mentioned Pinnacle being problematic to start the post...well, I have some packaging... 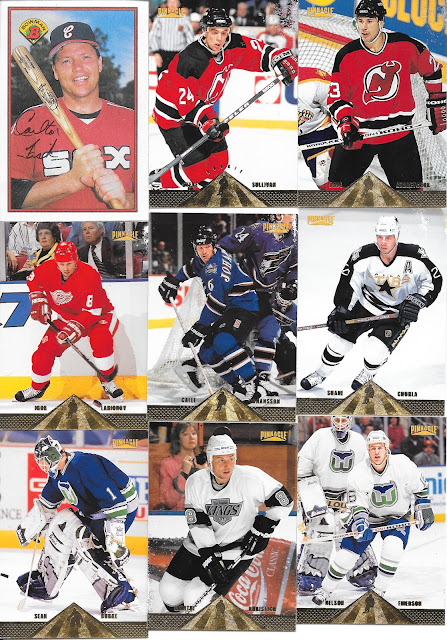 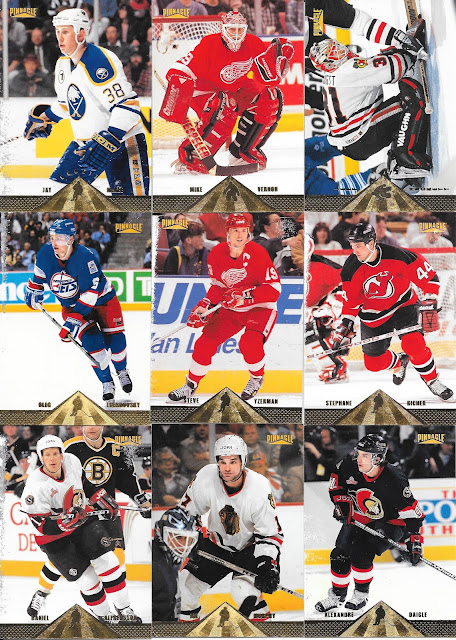 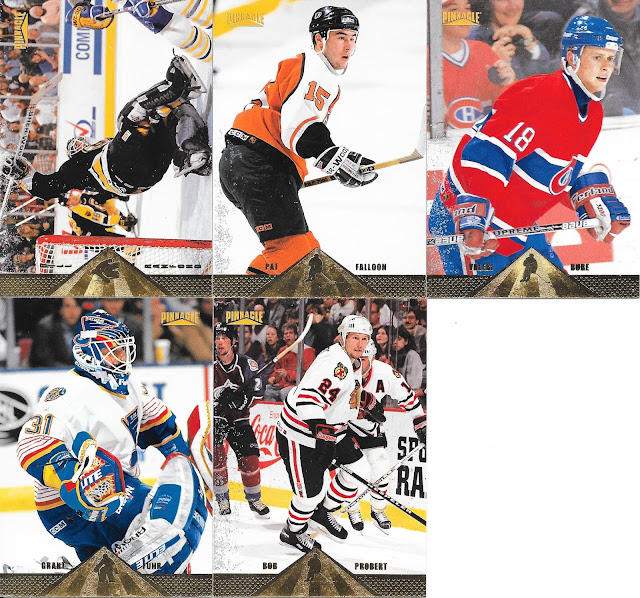 You may not see it on all the fronts, but the left side of the backs are all speckled, and Fisk has one end that is frayed from side to side, so no keeping him either. They will be put to good use still.

The cards that survived... 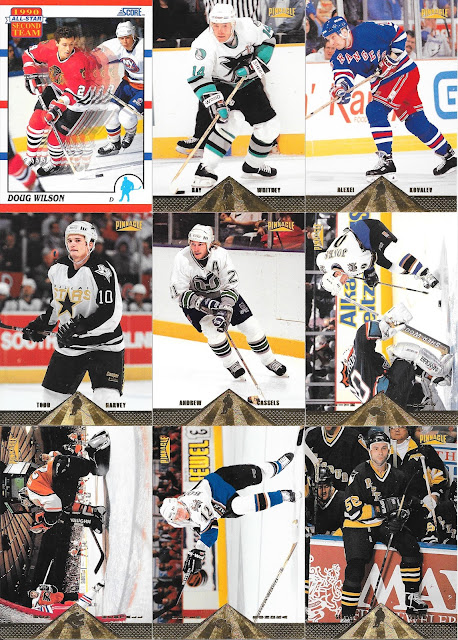 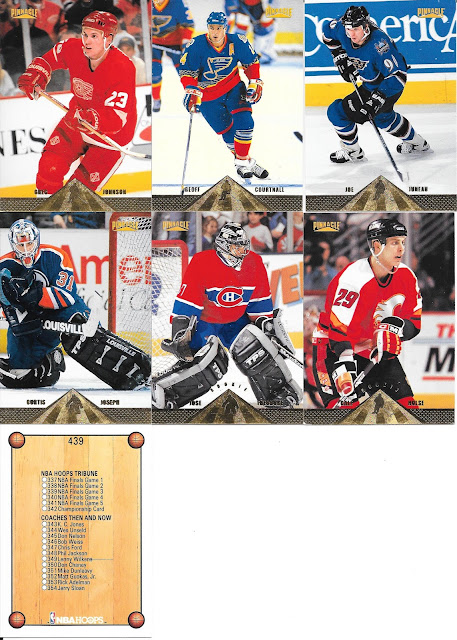 Yes, an odd basketball checklist and.. 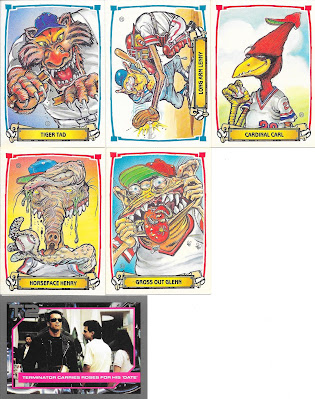 Some odd stuff too. We have a handful of cards from 1988 Leaf Baseball's Greatest Grossouts. I think of these being a cross between baseball and tame Garbage Pail Kids cards.
We end with a second Terminator 2 card. I know I have seen the movie, but I don't remember it at all! 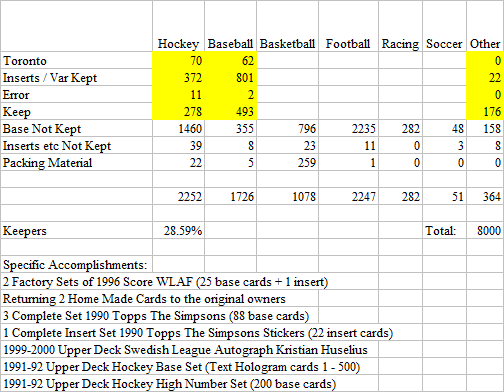