Long Time No Want To See

So, I am going to fast forward through one other part of this lot as there was another sizeable amount )let's say 300 cards or so) of a set I have covered before and have no interest to collect... 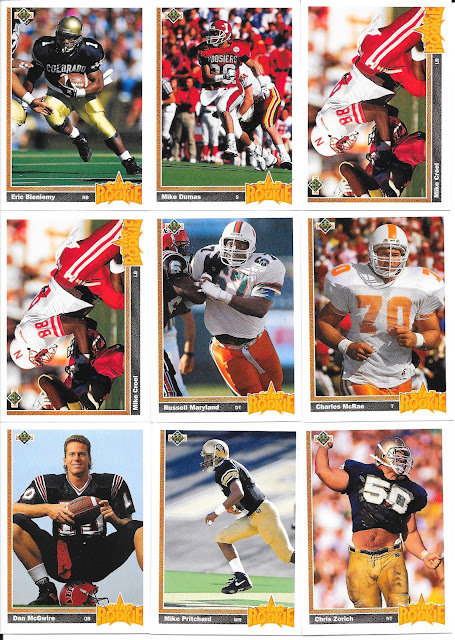 It is solid in it's early 90s Upper Deck design, a good size set as well at 500 cards (plus another 200 for the high numbered series, but none of that here), and decent subsets in the base set, so no complaints as a whole on the set itself. 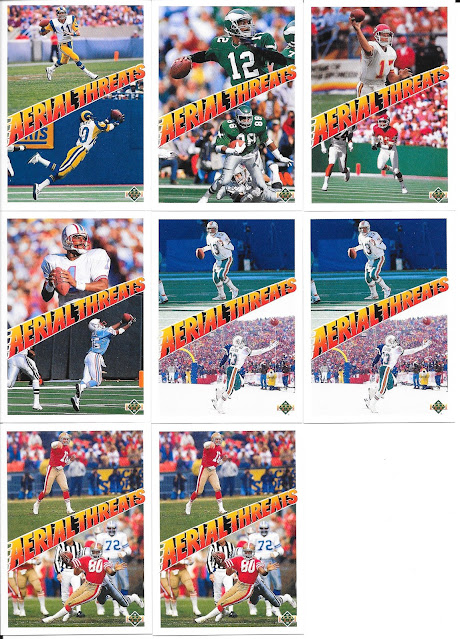 It's really just more a case of - seen enough of it, and since I don't collect it, there isn't much more I have to say about it.
To that extent, I just pulled a few cards to highlight some of the subsets like the Rookies, Aerial Threats, and Collector's Choice cards, and a few from the normal base design in case anyone wants to see what is on offer with this set. 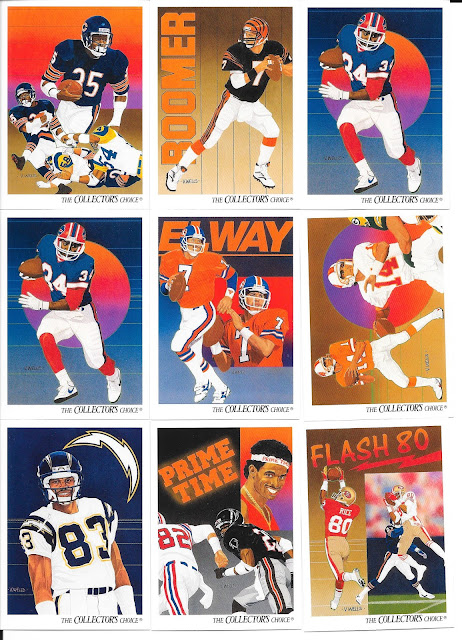 A feel very much in line with the other Upper Deck sport offering between baseball and hockey. 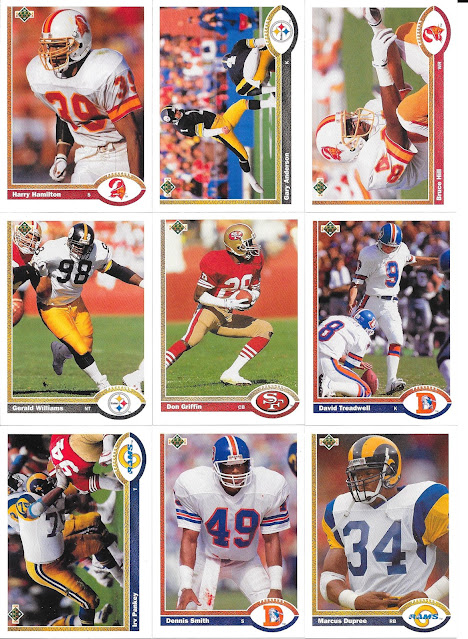 Just not any keepers for me... 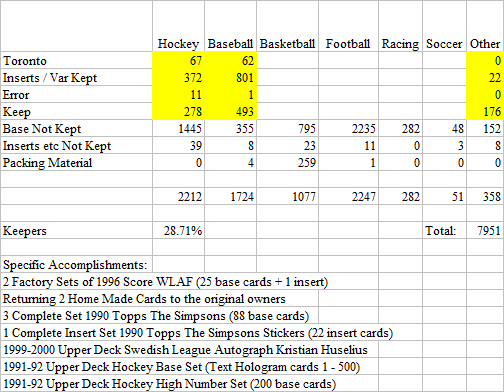 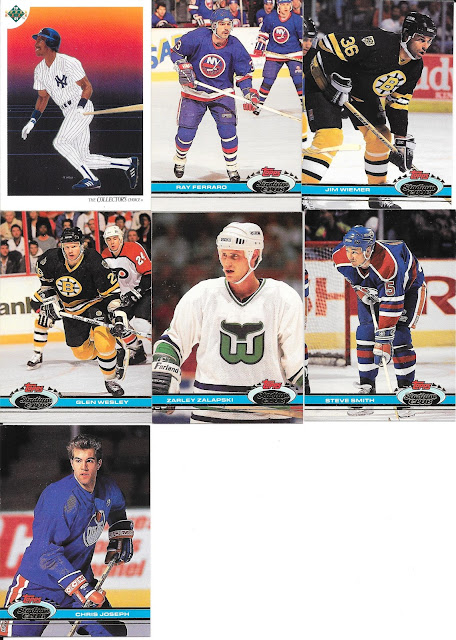 These are related to a couple of my slow build sets. 1991-92 Stadium Club is getting close though, less than 30 cards missing in the set for me.
We also got some Toronto content of course... 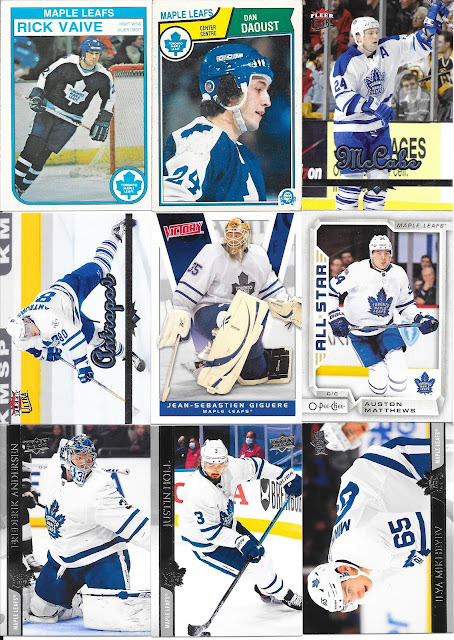 We hit a couple older cards, needs from the early 80s, and some new. I honestly thought I had the Vaive, but not so much, and as for the newer Upper Deck - I have so little of the last couple years, which likely won't change much given prices. I mean, I much rather spend $100 on 10,000 cards from yesteryear than $100 on maybe 150 cards of a current set. 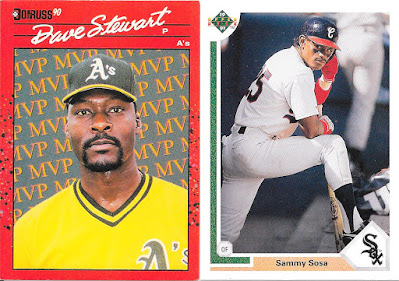 I am slowly picking up the last variation cards (yes, Inc. versus Inc) on the 1990 Donruss MVP inserts, and I needed another Sosa copy for the error binder.
A great job on hitting a number of different collections there Ricky_Bobby - way to shake 'n bake!
Posted by CrazieJoe at 8:00 AM