Today, a solid bunch more cards from 1996 Collector's Choice. The best part being - it's all series 1 - most of the cards thus far have been series two.

With that, most of them are new for me. 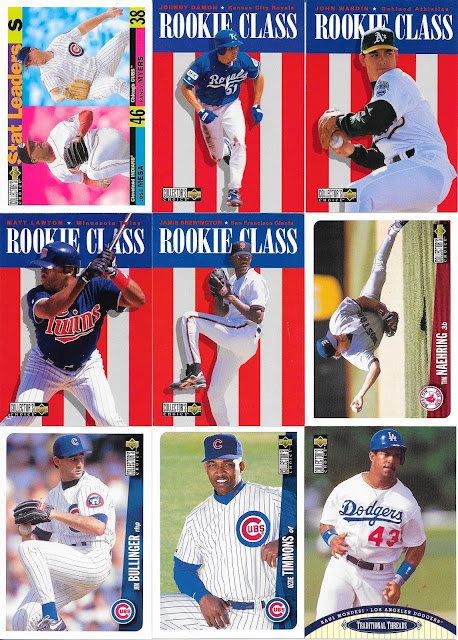 Another great stat leader card with saves being featured. Jose Mesa had a career year in 1995. 46 saves was the most he ever had in a season, which stood for the rest of his career as well. He also was 3-0, and had a career best ERA that season at a lights out 1.13, and no surprise, his best WAR for a season at almost 4 games above replacement. 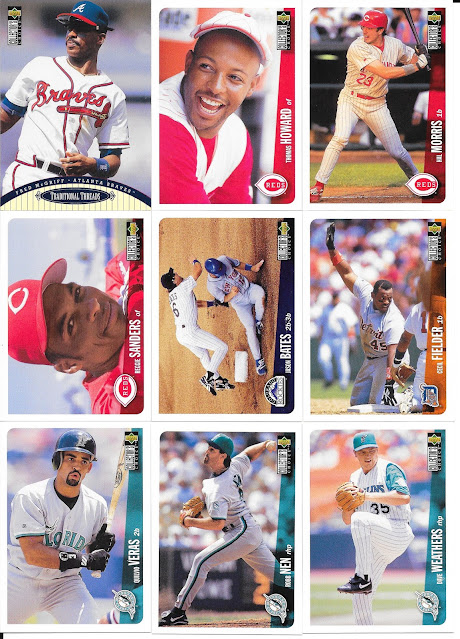 A nice crime dog card and a few Marlins... 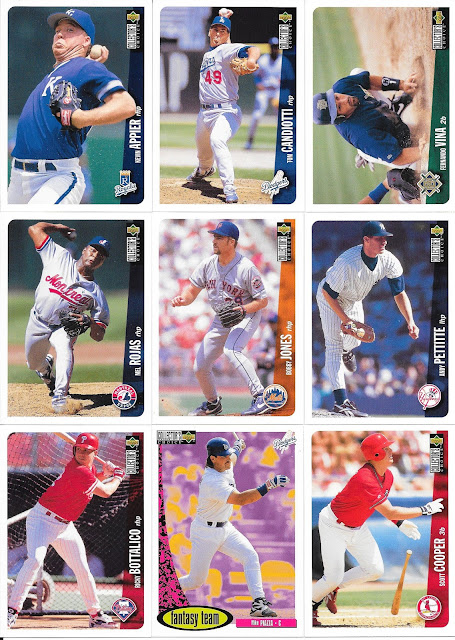 You don't necessarily get a base set that screams 90s with this, but that Fantasy Team card Piazza....yeah, whole lot of 90s look to that one! 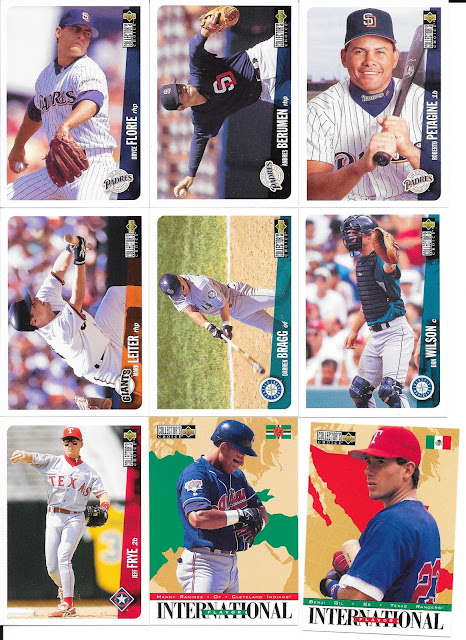 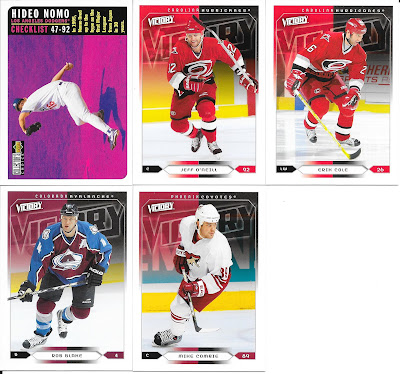 Though an ugly background, the Nomo checklist is neat with the little write up on the back about Nomo as well. Nomo was such a huge deal coming over from Japan, and rightfully so as he proved. I didn't realize it had been 30 years since a player came over from Japan (as the card notes, the last before Nomo was Masanori Murakami in 1965.
We end with a few 2005-06 Upper Deck Victory hockey cards, a set of which I only have 3 cards, all Leafs. The set is only 200 cards...and looks like tomorrow may be a solid post on these, so gonna keep these four for now and see how that set goes. 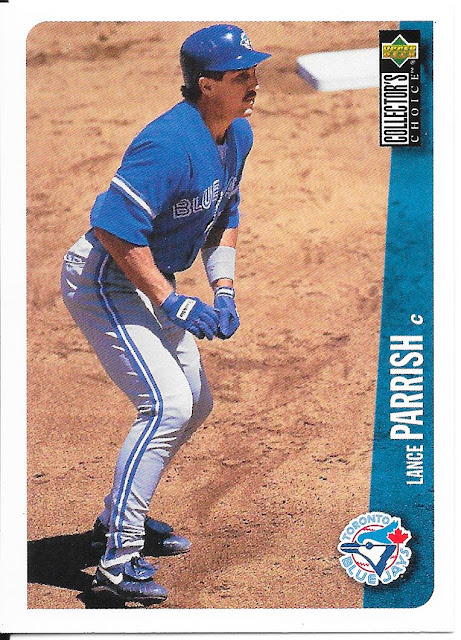 One Jay addition with Lance who was in Toronto for the final season in his MLB career.
An interesting insert here too.. 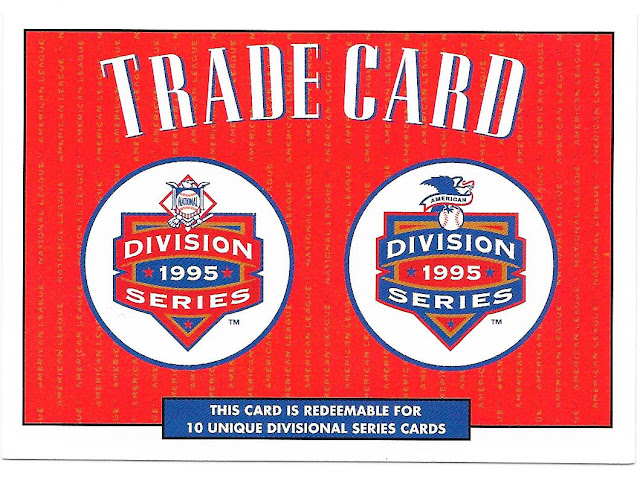 These cards were inserted and could be redeemed for one of a few different 10 card sets (you had to send the card in and $2.

The few dupes for today to end... 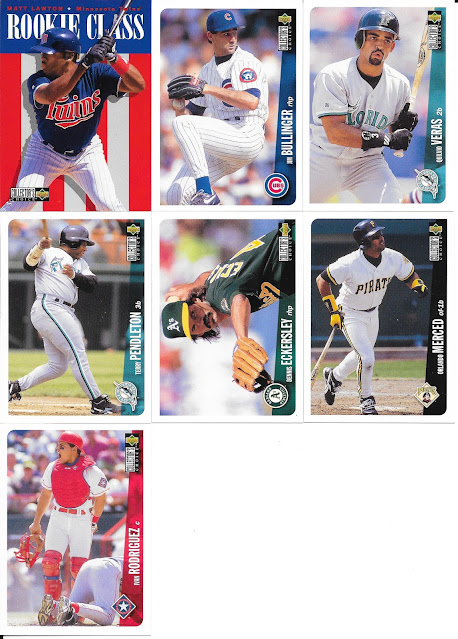 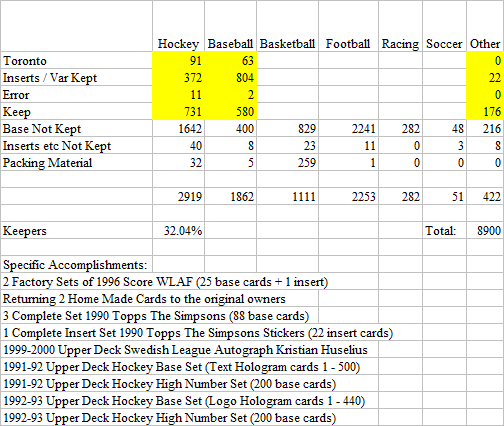 We end today with a quick TCDB trade with althib, who I have traded with before. Some error cards and variations and Jay dupes for the collection... 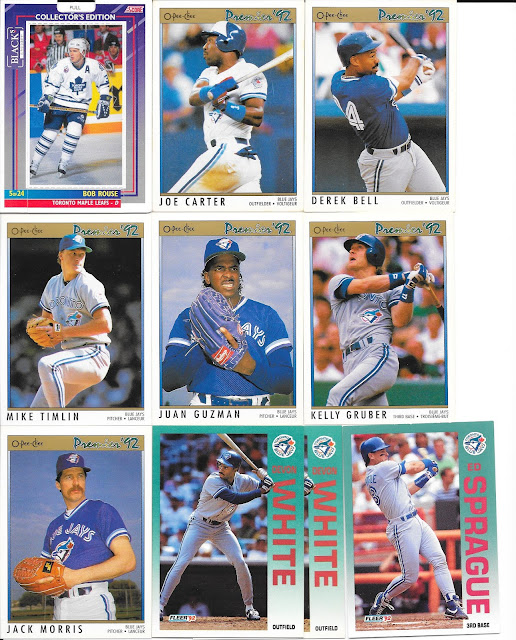 This was more about getting to file someone else's needs with cards, so wasn't a big deal what I was getting back - so I pulled some nice Toronto dupes for the most part. Those pop-up Black's Leaf cards are really nice. 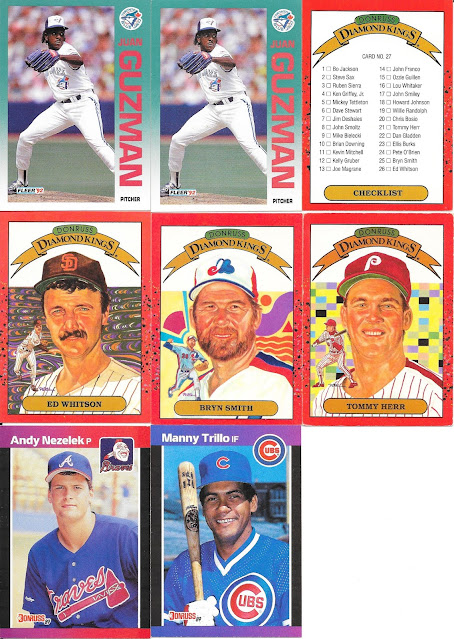 Since I like the Donruss Diamond King cards, I quietly and slowly are getting the Inc / Inc. variations covered there as well, and a couple duplicate 1989 cards for error binder purposes as well.
As I say, nice little trade and much appreciated!
Posted by CrazieJoe at 8:00 AM