Kids Just Want To Have Fun

I always like seeing new sets show up when going through card lots, and today we get a cool one. 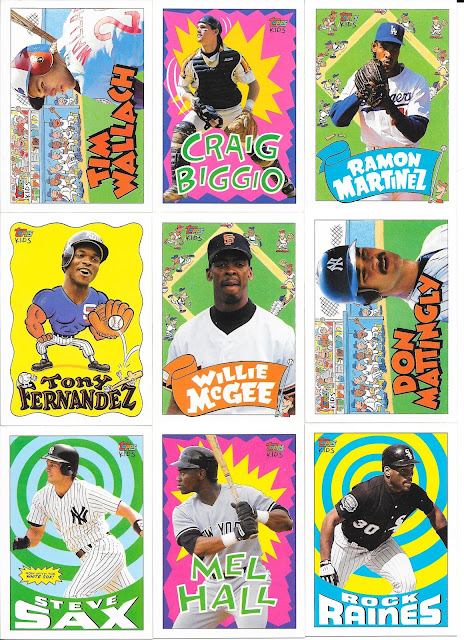 Unlike the 2012 and 2013 Triple Play cards which were supposed to be meant for kids, these 1992 Topps Kids cards (it is a 132 card set), does it right.
You get a quirky front design, but keep a normal player pose picture so kids get to know the players, and though I don't show them here, a colourful back which reminds me of Bazooka gum wrapper cartoons, but with some simple stats for the year and career as well.
I could see liking these as a kid. Even now, looking back, the design isn't my favourite with all the different coloured swirls, etc, but I get it and commend them for the effort...unline Triple Play. 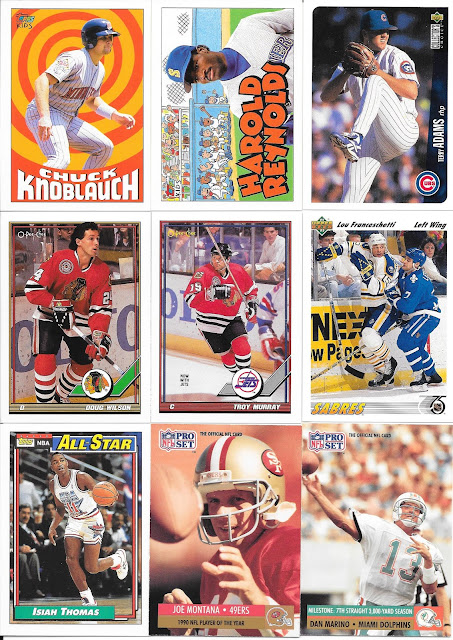 Now this is interesting. I need to go and see what I already pulled, but pretty sure that, from the Pro Set football set cards that were missing in the binder, these were some of them. Not saying it will get the set completed, but possible as I think Montana and Marino were names that were missing in action. 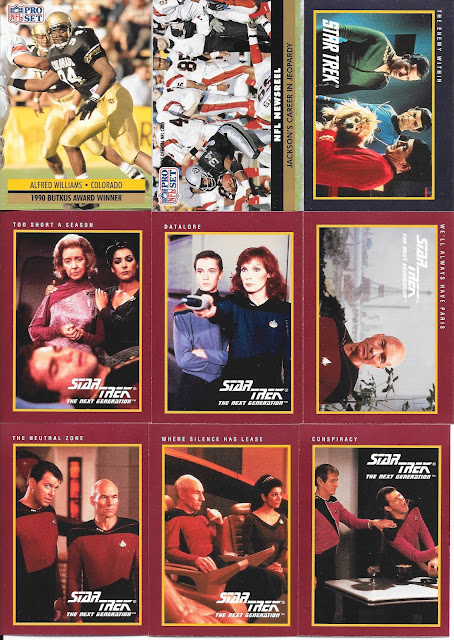 Nice - more Star Trek. Again, would never go out of my way for this stuff, and if it isn't complete, it isn't staying, but still, love the nostalgia trip. 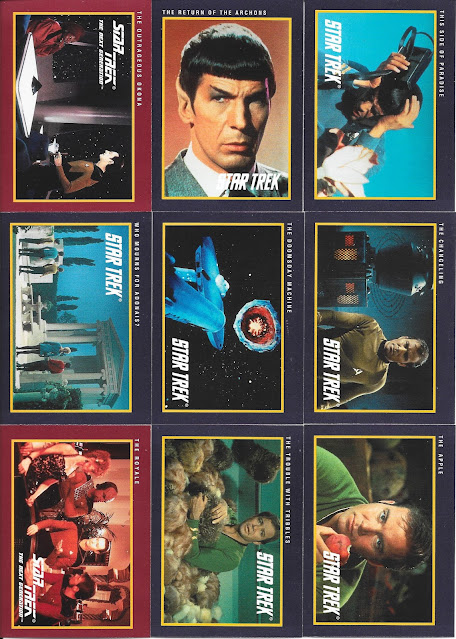 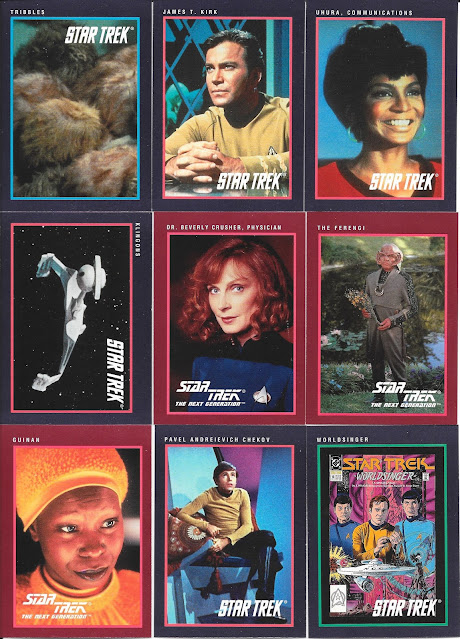 Ah, my introduction to Whoopi. I didn't know anything about her when watching the show, and thought the character of Guinan was a really interesting one and played well.
It wasn't until a few years later and things like Sister Act, I found out she was such a great comic. Contrasts very different from the quieter, subdues but poignant Guinan.

I was sad to see Wil leave the show - but enjoyed his time years later on Big Bang Theory. Jonathan was amazing to see for his growth over the series - both the character he played, but also as an actor - just very different between clean shaved and rugger Frakes.
All these great cards, and we will end with the last couple cards which are the only keepers... 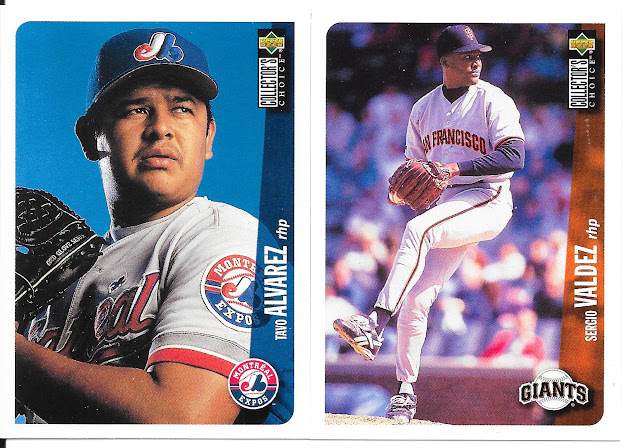 Great way to end the day. 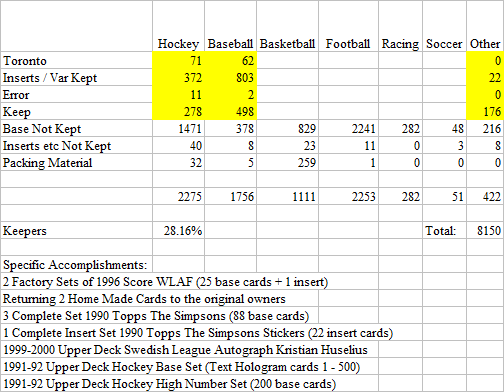