The journey through 1992-93 Upper Deck hockey continues, and shouldn't be surprised we hit a few more subsets since, as a 440 card with a 200 card second series or high number series, there's lots of room in the base set for them. 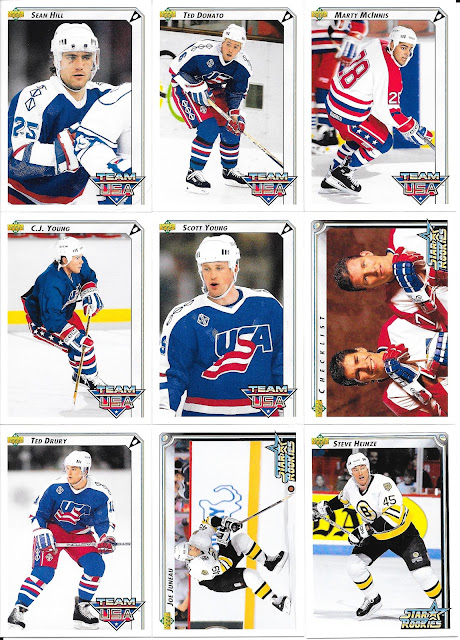 International hockey gets some more attention with a Team USa small subset, and the Star Rookies do as well - not quite the Young Guns name, but same idea. 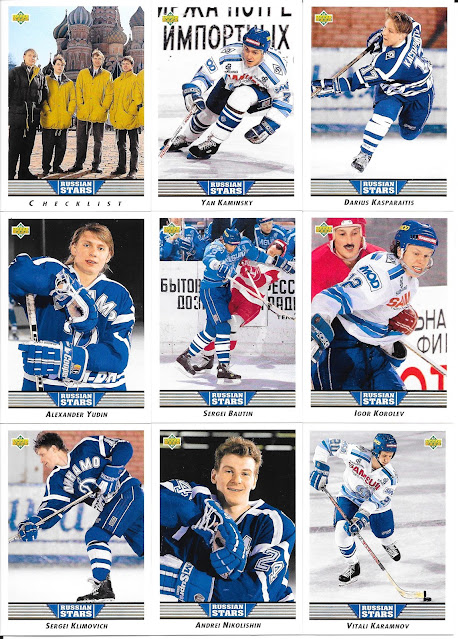 When again going international, not a surprise to see a bunch of Russians as a subset. Some of the names ended up being NHLers - no surprise there as Russia was a solid source of great hockey players, they just didn't always make it over to the NHL though given the times. Now you see a lot more ease in the movement to the NHL, and for some going back, specifically to the KHL. 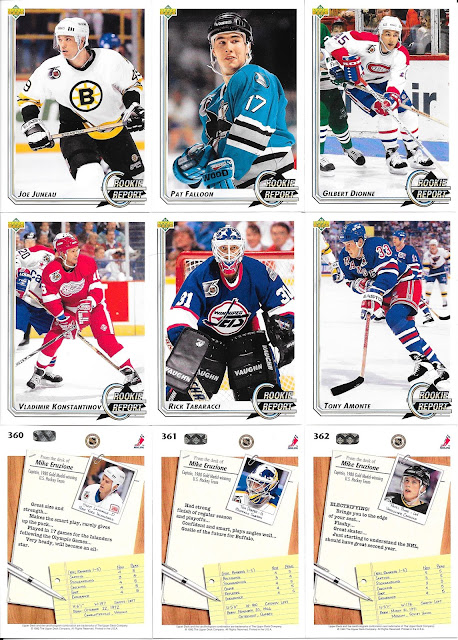 These rookie report subset cards were interesting in not only grading the players on the back, but trying to note their potential as well. Not a surprise that some miss the mark... 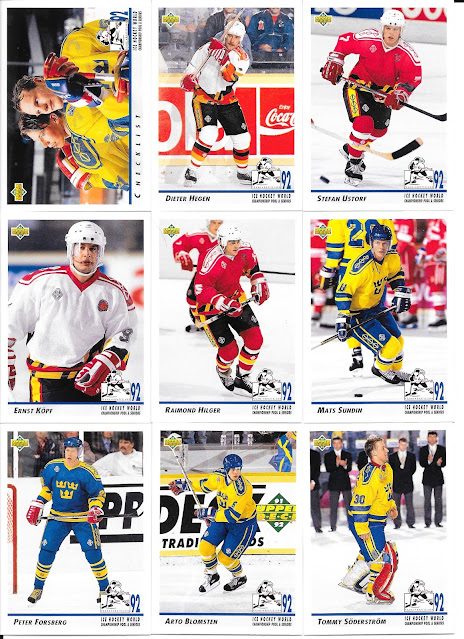 Last up, a subset of international stars for the year, a couple of which had decent enough NHL careers with Forsberg and Sundin. I think they turned out alright!

Also - the set continues to be fully intact. Given the low and high numbered series, should be able to see if the 440 base set is complete tomorrow, and get started on the high numbered as well. 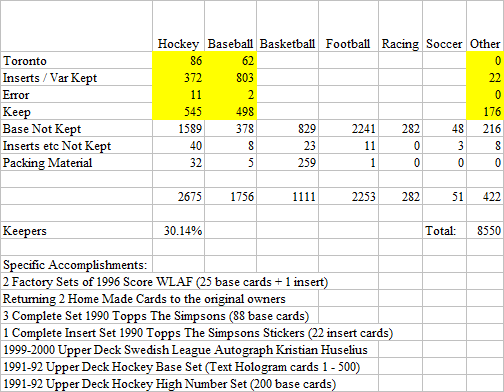 We end today with a kind return PIF. I had randomly sent some cards to PapaG321 just because, but he was kind enough to send some cards back in return. 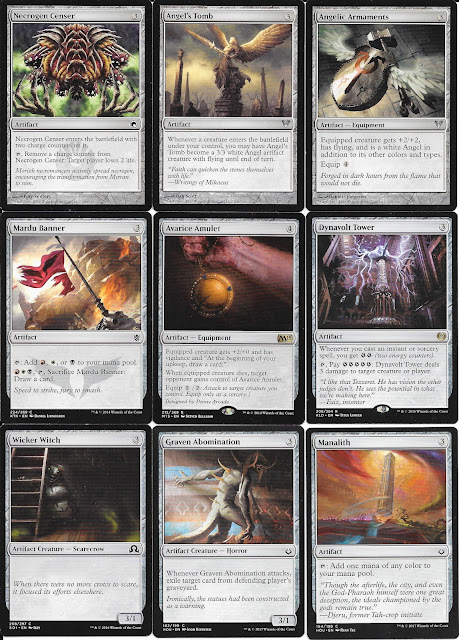 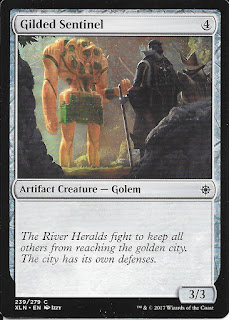 A solid 10 new to me artifact cards which are always on the lesser end of likeliness to get from TCDB as there aren't a huge number of players or collectors there, but the numbers are definitely growing. 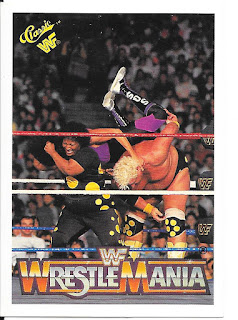 Classic wrestling cards are always welcome too. Dusty, Sapphire and Sensational Sherri, Dusty was so great, he even made the polka dots work.
Big thanks for the great adds.
Posted by CrazieJoe at 8:00 AM