Heading to the Topps

Before some heavy football - here's a one card Listia pickup.... 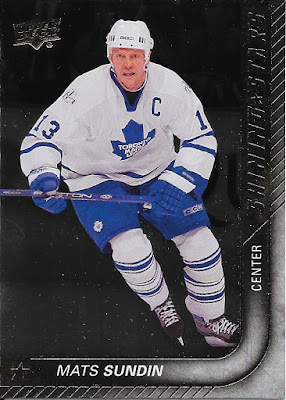 Card is much better in hand - Shining Star insert from 2015-16 Upper Deck hockey, but Sundin does pop out of the card which has a nice look.

This is the second time I have done a 2007 Topps football post from the Santa Lot 20. As I mentioned, not a sport I collect, and given there was a chunk of the cards coming, I thought it easiest to post through these in a single go so I can get on to more interesting (to me) stuff sooner, while still sharing everything with you.

Without further delay, here are a whack of cards - not quite all of them, but most of the 60 card block (including a number of rookie cards which are a nice part of the base set to get) 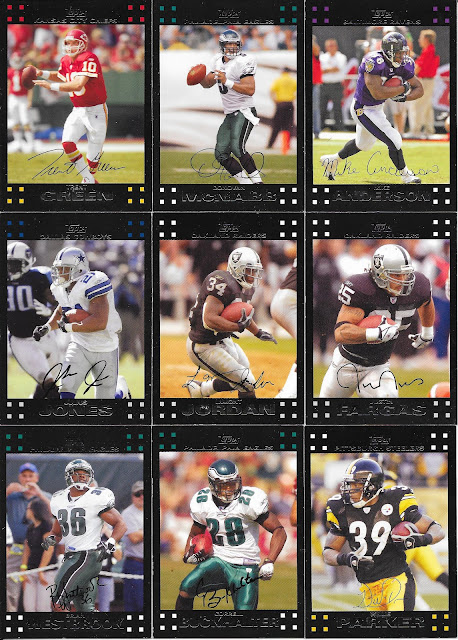 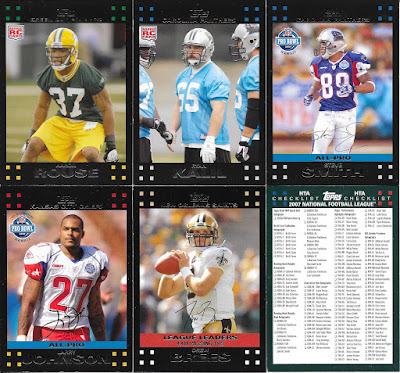 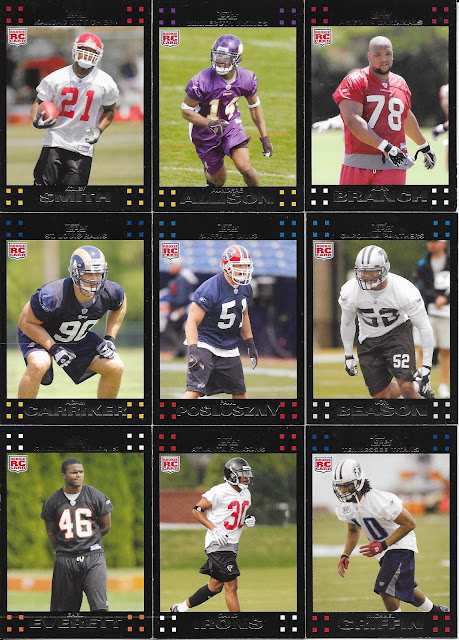 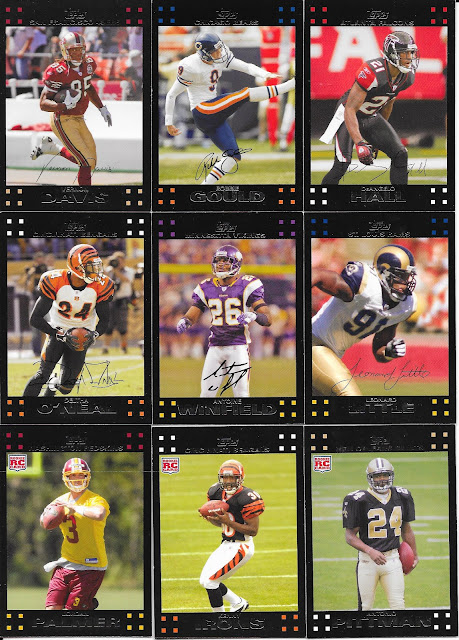 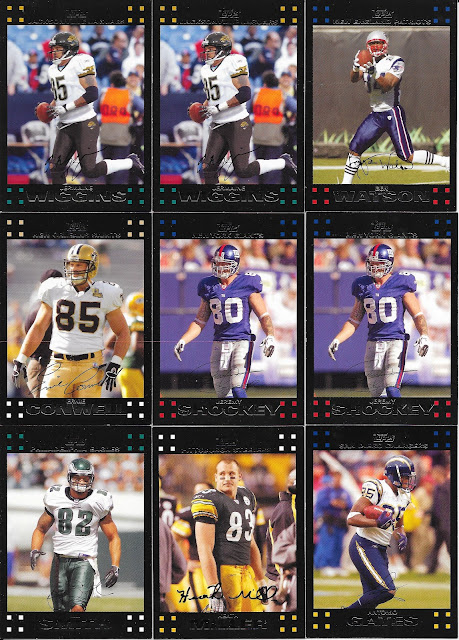 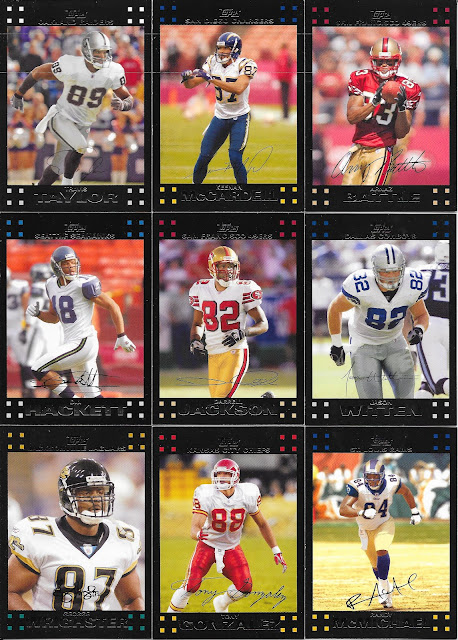 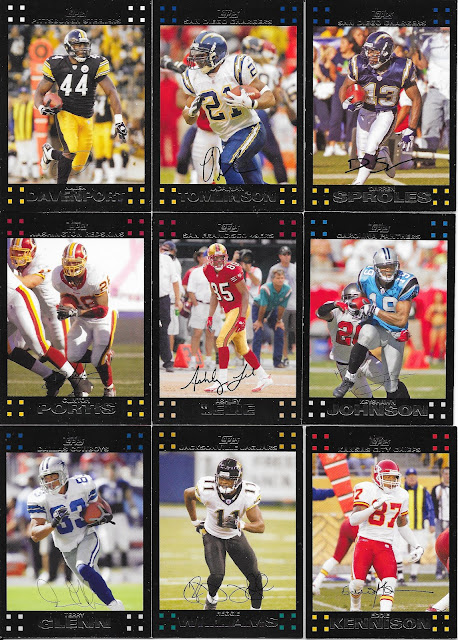 If I were to pick a couple highlights, I'd have to pick the All-Pro and League Leader cards. I don't think I've shown the backs of these so...here is one... 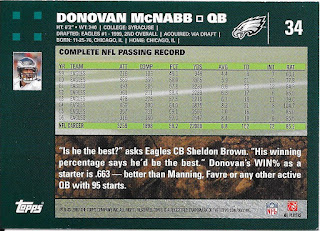 Fairly straightforward, and very green, but nice use of stats and fairly good comments where space provides.