A Line at McD's and a Leaf, OPC

A Listia quick pick - 5 "Rangers" which included one Leaf as far as I was concerned, and since I didn't have it, I figured this would be a great pick up...

I have a few of the other Leaf players from 1981-82 O Pee Chee, but I probably would have missed this one since it is a "Rangers" card. Puts a smile on my face to get it, even if Pat isn't smiling at all...would have been a shame to get the rest and miss this one in the line of Leafs.

Otherwise, in a literal sense - lines at McDonalds always vary - the old way of having 4-5 cashiers and separate lines, the single line with multiple cashiers, the single line at one desk, then waiting in a separate line for pickup, and that's not even discussing the drive thru. I am all for efficiency, and get frustrated being in a line that takes forever when the line next to you is quickly clipping along.

With that completely random tangent to what I am really talking about out of the way...one thing with this lot of cards, it has been generally quite random. Though there have been spots of a few cards at a time "in order", and definitely hit one of those today, but in a great way at least since it was 2006-07 McDonalds cards.

In a line of card (see the rest below), I was able to get three adds for the set. Oh yeah, and... 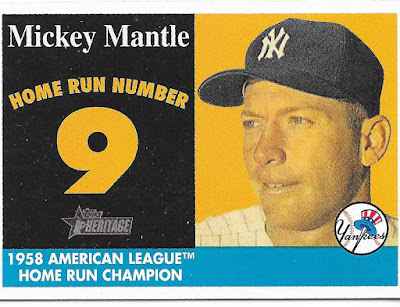 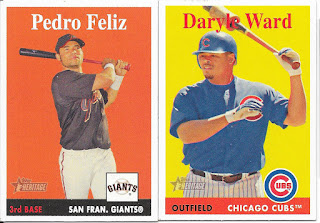 Here are the rest of the 2007 Topps Heritage cards from the pull - always nice adds - especially like the Smoltz card. 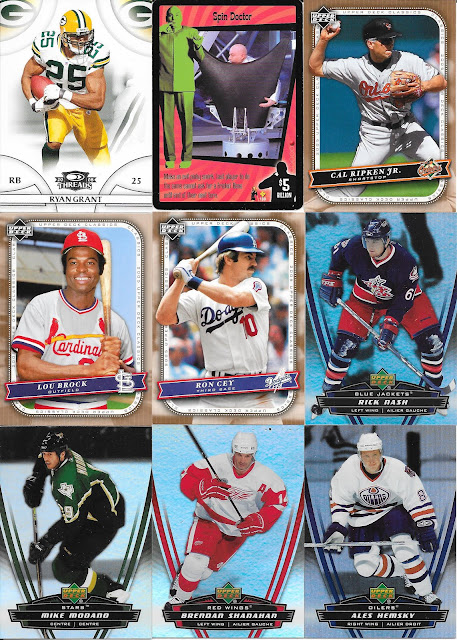 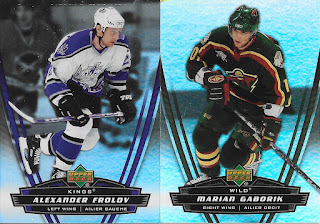 Well - the Austin Powers card is actually one that was missing from the "set" - so there is that. Also, a lot of McD cards which were already pulled so creating a bunch of dupes.