Let's first look at some originals before we get to the more recent throw back design in the 2008-09 O Pee Chee parallel set.

I picked up these cards in a lot win on Listia. I had a few of them already, but these are definite upgrades... 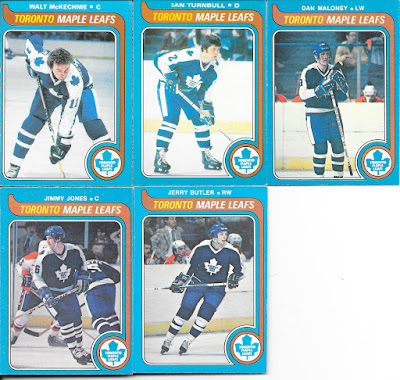 I hadn't noticed well enough that the blue border used here is much more of a true/lighter blue than the parallel which you contrast easily here when you look at the highlights. 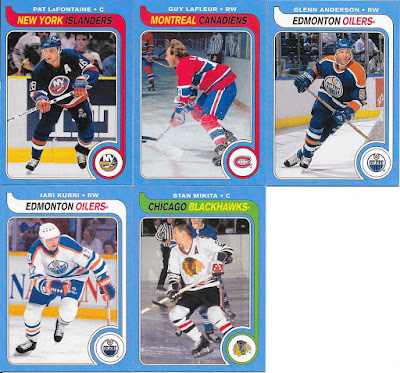 Not only a number of 2008-09 O Pee Chee Retro parallels, but all of them are higher numbered parallels meaning of legends. Accordingly, you have guys like Stan Makita who actually has a 1979-80 card to which this can be compared. Really like the design with the more "proper" generation. Nothing much to discuss here, just some more decent adds... 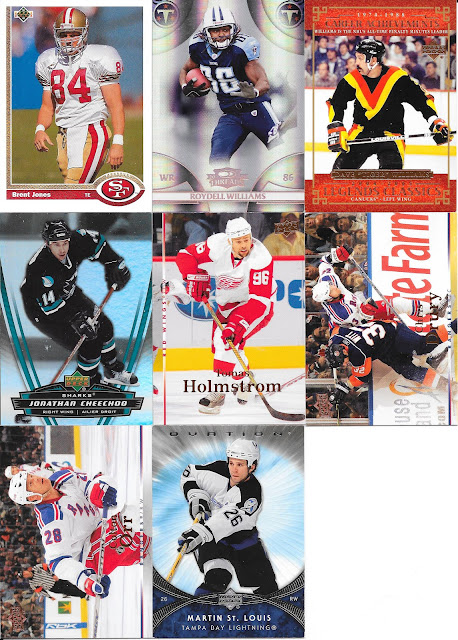 The 2008 DOnruss Threads Roydell card is a Bronze parallel (serial numbered to 250). It is number 110, and unfortunately, looks like there are a couple small scratch like marks on the front, but still open to anyone interested.