I picked up the following from the Dollarama on a recent visit - you can figure our why this pack based on the card showing - a Leaf insert I don't have is a good selling point for me.

Yes, even if it is Phil Kessel.

So the question becomes, do I end up getting anything else worthwhile, or is the pack a one trick pony? 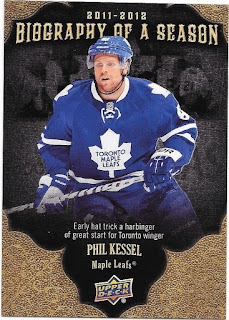 So the obvious card - I like the Biography insert sets - and the fact that the colour schemes stayed similar each year. 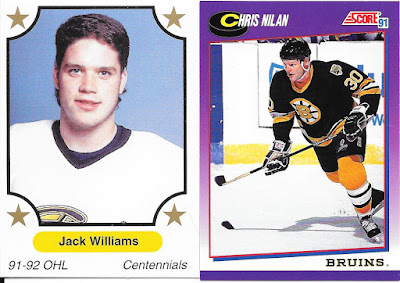 These, I didn't need - 1991 7th Inning Sketch OHL (at least it isn't QMJHL which the Santa Lot seems to have in spades). Also, the American Score '91 sex is done and in an unopened box on my shelf (which you cam see here). 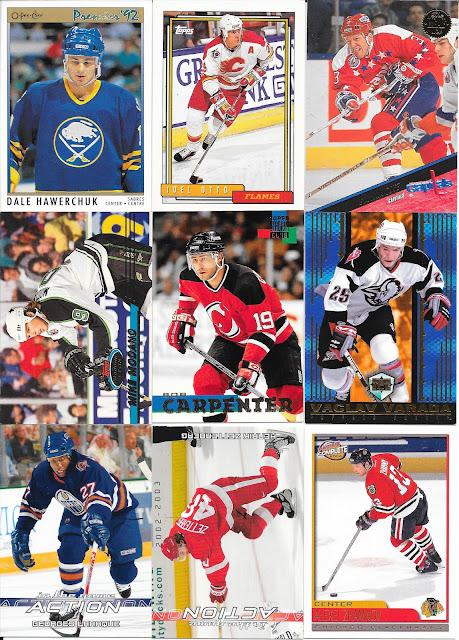 A nice variety of sets (except the two cards numbered in a row from the Action set, bottom left and bottom centre. Like the Modano Stadium Club card, which isn't surprising since putting a great player in a very good set design is usually a wonderful card to have. 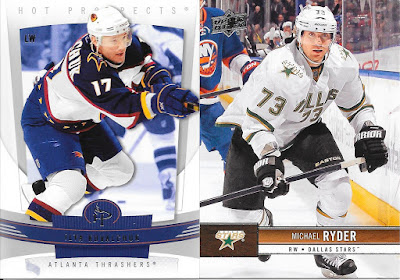 Lastly, the sleeper hit of the pack: 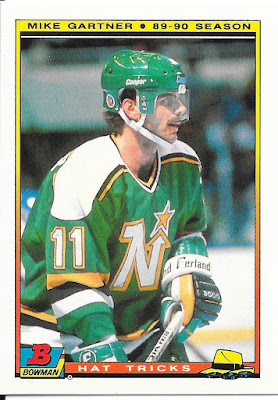 Great card for the collection given it hits two things I love. First, in that it is an insert, but also because it is a Leaf card. Although pictured in his North Stars uniform, he was with the Leafs which is noted on the back. Gartner was a great, solid Leaf player in the early 90s, significant part of the team and a personal favourite.

Overall, well worth the dollar spent on the cards. :)
Posted by CrazieJoe at 8:00 AM