The front reminds me of the late 80s Topps Big cards with the layout. I like this version better though - much better. The nice blue pennant type graphic for the name and team is much nicer. I would rather the background be more detailed rather than out of focus, but a small price to pay.

A few other cards... 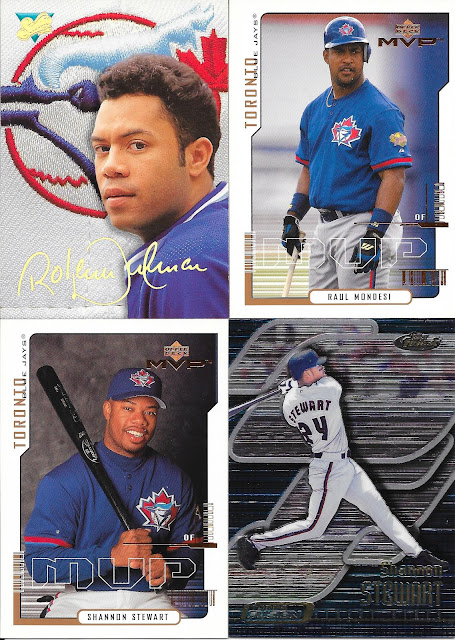 Nice adds that I didn't have, though I think the Shannon Stewart Topps Fusion is even a bit more metal and shine than even I can enjoy.

A great little trade adding some new Jays cards to the collection!

Separately, I fell into another 6 random hockey card win on Listia which meant getting these... 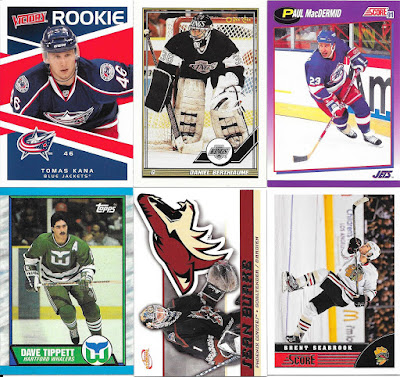 The bad news - the Burke McDonalds card is a duplicate. The good news - this one is perfect condition and will replace the slightly crunched corner one I had. The 2010 Victory card is nice - second rookie card of these I've picked up. Other than that, meh for the cards...oh well, the surprise of not knowing is still fun.
Posted by CrazieJoe at 8:00 AM