Not just Another closer...

Before we get to the closer, first a recap of another good trade I had with Mike from Not Another Baseball Card Blog. We tend to keep an eye on each others want lists and just send whatever we can to each other every now and then. In the latest go, this is what I got... 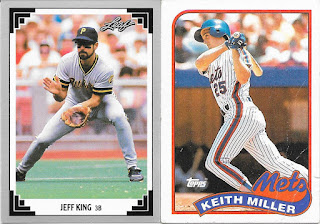 Just two non-Jays because I am trying to complete these two sets, so good help there.

Always like getting 80s/90s Fleer stickers - I know at some time I must have had the 90 sticker...wherever it ended up going to (or on what binder I stuck it back in the day) I'm not sure.

A couple horizontal cards. Love the yound Gruber - even more than the David Price shared card. 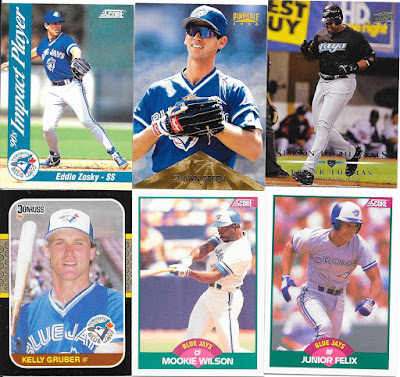 Ok - horribly ascew scan job....yikes! I never saw much of the traded cards out and about in the late 80s and early 90s, so like seeing these now. My fave is the Frank Thomas card though. I love Frank - great player - and was happy he had even a short time in Toronto so I have a good excuse for him being in my collection. 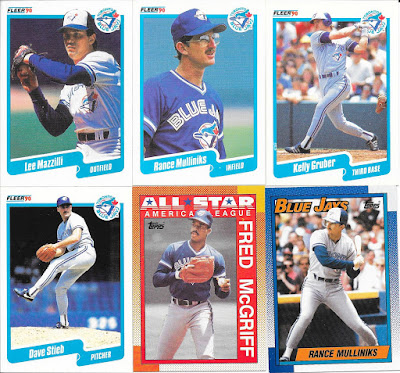 Some nice spots filled in from the Fleer 90 and Topps 90 team sets!

Great cards and I appreciate the trade as always Mike - thanks!

Mariano Rivera was one of the greatest closers of all time - definitely from his playing period. At his height, Eckersley was great as well, but maybe not as long a period as Rivera. You could go back further and find other comparisons, but I always find it hard to truly compare different playing eras. Here we have a Yellow Name variation of the Mariano base card. Not the biggest of variations, but that makes it a parallel or insert to me, so a keeper. I don't like the yellow with the colour background, but that's just me personal taste. 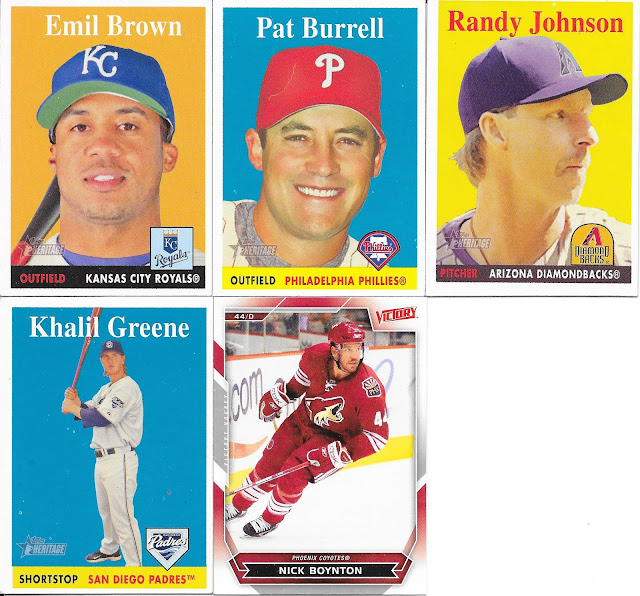 That wasn't the only 2007 Topps Heritage card in the bunch, and sine we haven't had too many, here are a number of additional adds. Randy Johnson - glad he enjoyed playing as long as he did, but his best was with Seattle in my mind, just a shame the mid 90s Seattle team was unable to scratch one World Series ring for him, Griddey and company. 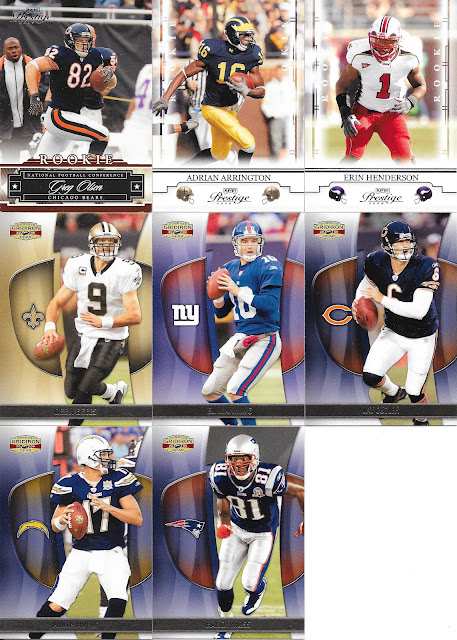 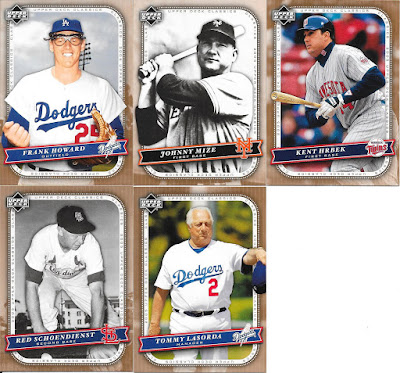 More 2005 Classics baseball for trade if anyone is interested.