It is good to be king

Flair Showcase is annoying. If I am understanding this right, it was an insert set in 2006-07 I believe, and then the next year, it was a stand alone set. If that's right, man that is confusing now. Kinda like MVP was an insert I believe for a couple years rather than a stand alone. Can't there be anything consistent?

Anyway, that is neither here nor there I guess, other than to show why the Flair SHowcase card here is a keeper, but not an insert. 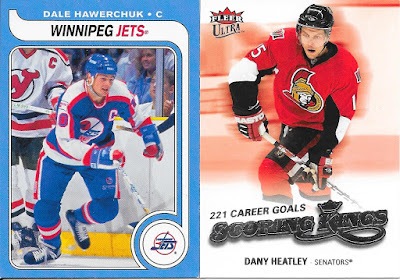 Dale Hawerchuk looks nice in the retro design - probably the case for any of the legend cards from the base set. As for the King - scoring king Dany Heatley shown here highlighted with 3 40-goal seasons. Never really a favorite of mine generally, and playing for the Senators didn't help his cause as a Leaf fan. 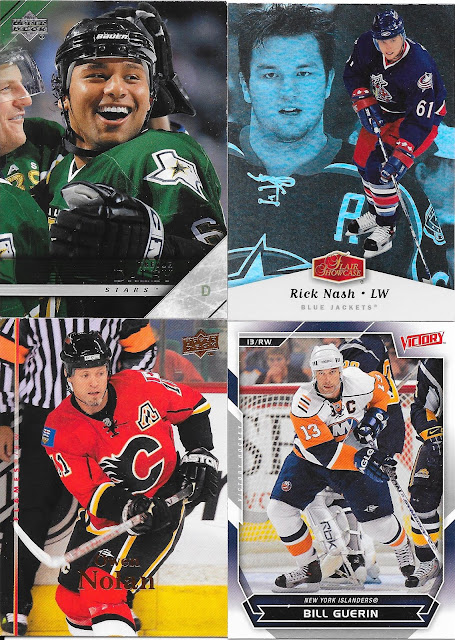 I am going to take a guess that the Daley picture was taken after his first NHL goal (and only goal that season). It's a great picture and captures the excitement. Design-wise, I like the Flair card though compared to the rest. 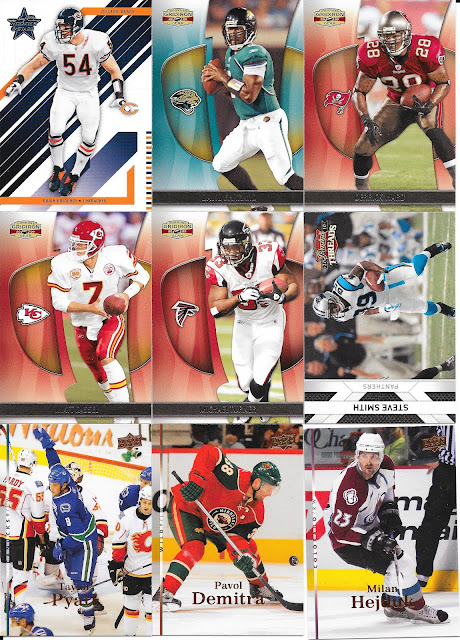 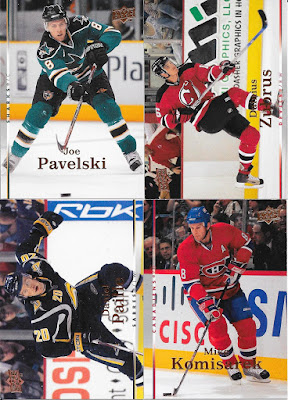 New set alert! 2010 Panini Threads. Obviously this is in line in taking over from the prior year Donruss Threads sets. Fair design, though I like the couple prior year Donruss Threads designs better personally. Also, for those counting, there are only 19 cards today because I didn't bother scanning the blank slab of cardboard that was pulled - boo!