To err is to collect and collecting more packs

First - have to say, sad news with Yordano Ventura and Andy Marte passing away the other day. RIP to them both - a shame their lives were cut short.

On a happier and completely unrelated note...I had an amazon.ca gift card and since I find amazon.ca prices are either really good, or ridiculous, it took a while to find a way to spend the money (on me). I ended up picking up a number of unopened packs that I haven't seen around in a while to add to my pack collection. So let's take a look at what I got...and I am going to go a bit all over the place with these but generally least interesting to me - to most... 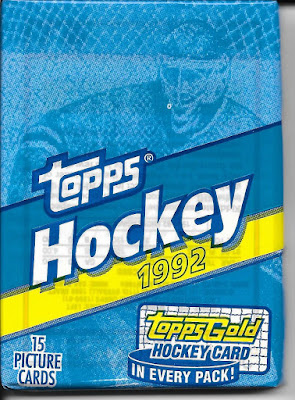 1992 Topps hockey - I remember the Gold parallels being all the rage and some people back in the day working on complete sets. It was new, looked really cool at the time, and now - they just scan generally not too great. Not my favorite design on the pack, if they added a bit of colour with the goalie fade design, would have worked better in my mind. 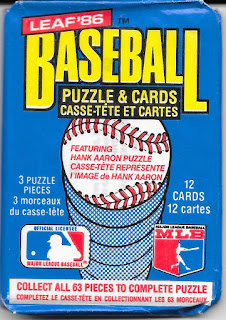 1986 Leaf baseball - Classic mid 80s design to the pack. Not a set I have much of and generally I think Leaf gets a bit shafted for their sets in the 80s with the number of set brand names out there at the time. Unfortunately this one is a bit beaten up, but it'll do for now (and likely forever). 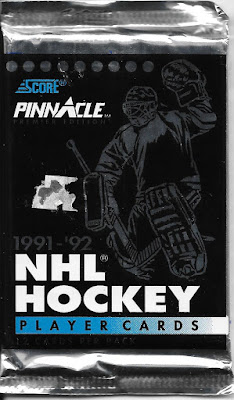 1991-92 Pinnacle hockey - I cleaned off the sticker gunk after scanning. I love the fact that the wrapper is pushing a baseball cap purchase on a hockey card wrapper. 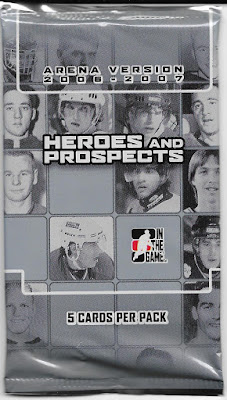 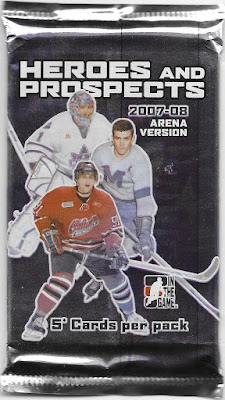 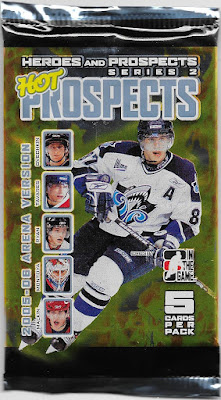 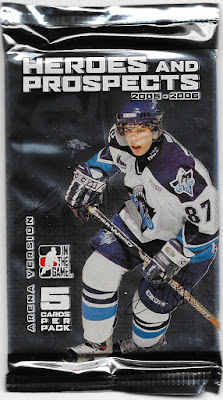 I've never been a huge fan of In The Game, but I figured now or never to pick these up, and since I could get a few at once, it knocks them off. I'm not a huge fan of the prospect heavy sets, but doesn't make them land outside the collecting scope in this case. 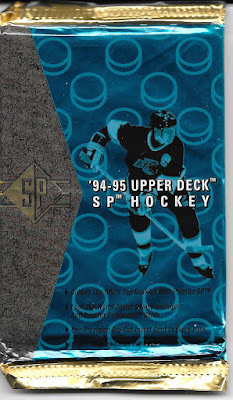 1994-95 SP hockey - I have none of these, and wasn't into them back in the day of collecting. Nice to add something in a pack form since it wasn't something I had seen before. 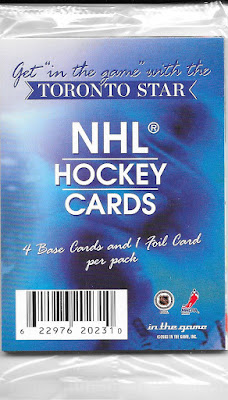 2003-04 Toronto Star - I like these clear packaging, unique collections. The foil card is a Hasek which is on the back of the pack - if you are interested to know. 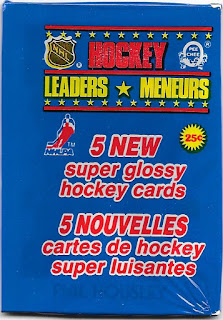 1987-88 O Pee Chee Minis hockey - A bit disappointed that the corners are worn through by the looks of it (both right side corners). You can tell the front card is Phil Housley - decent enough player. 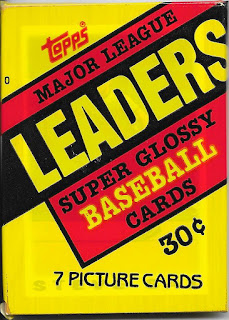 1987 Topps Leaders Minis - Unfortunately, another little tear (bottom left corner), but still works for me. I had seen a few of these over the years, but never bothered collecting them though I do still have 4 of them, and now this pack. 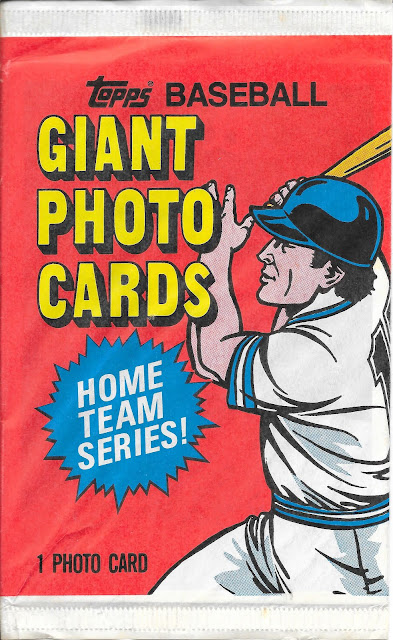 1981 Topps Home Team Photo Card - Oversizedm 5' by 7' and from the early 80s - I couldn't pass it up. You may be able to see the Boston logo in the top on someone's hat. I can't quite place which card it is inside unfortunately - just curious, but not enough to open it.

1989 UK Minis - Don't see these around in unopened packs much (but let me know if you do). Nice to see the Topps Ireland printing line on the back. Again, a bit of clear packaging, but I can't make out either of the cards front or back inside. Still nice little pickup - pun intended.

I can appreciate a good error card or misprint - and today we get a keeper that is an obvious choice (as far as set) though the error itself is fairly small, and went uncorrected. 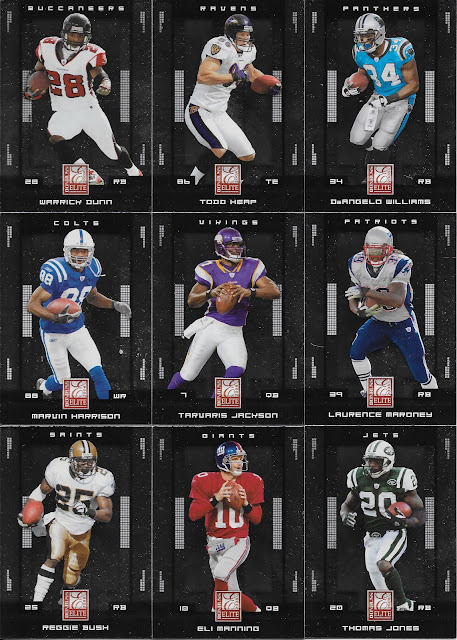 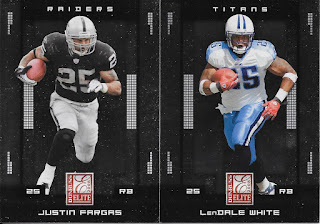 Why would these be a highlight from today? Well, almost all of them were new to me and went a fair way in completing the base set (another one of these "true base" issues as the first 100 cards are a base set followed by short prints, etc). With players like Bush and Manning, some good base cards indeed. 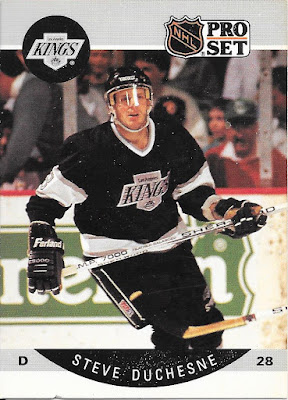 Likely the most error prone set ever - the error here is a simple King's versus Kings' issue in the write up on the back, but good enough for me and my collection. I needed the card anyway as being part of the set. 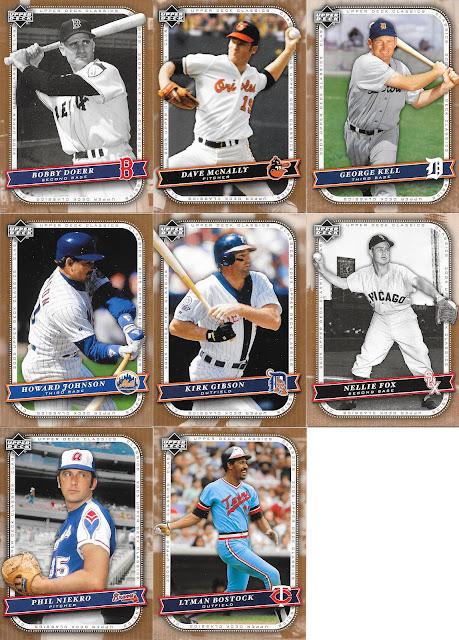 A shame - I thought I needed either the Niekro or Bostock, but unfortunately, didn't work out that way - all dupes.