I expect today's post to be painful and a bit of awful as well. It is what makes repacks horrid these days - the dreaded Triple Play cards from Panini!

Since these came from Santa, at least I am getting what I paid for - nothing - so no harm done.

Rather than open these as part of the Pack Attack series of posts, I didn't want to put these with such other packs, and I also want to burn through all four packs in one post because, well, they are Triple Play.

So, with absolutely no expectations, let's see what these awful cards look like (I can't believe these haven't gotten to the point that local card stores just give them away...though probably because no one will take them I guess). 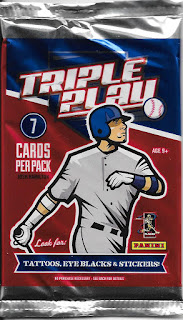 For those who haven't yet opened or seen this - this is what to avoid...learn now...please, learn now... 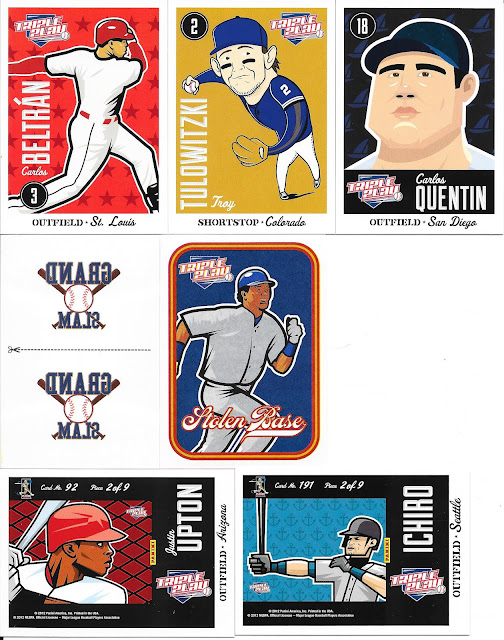 So many reasons these cards should bother people - Beltran is such a generic pose, it could be anyone. Tulo...meh, Ichiro, fine - with the stance, I can see it. Obviously without the licence, this was how Panini decided to keep making cards here, by using not only generic uniforms and the city names instead of team nicknames, but of using pictures for the players....well...it is unique I guess.

Result of pack one - nothing to keep - except, technically, the stickers and tattoos (and eye blacks) are inserts so....dang it....those get kept. I hate myself sometimes, but in the name of completeness for the collection, it fits the guidelines for myself - inserts are inserts.

That said, no Jays. 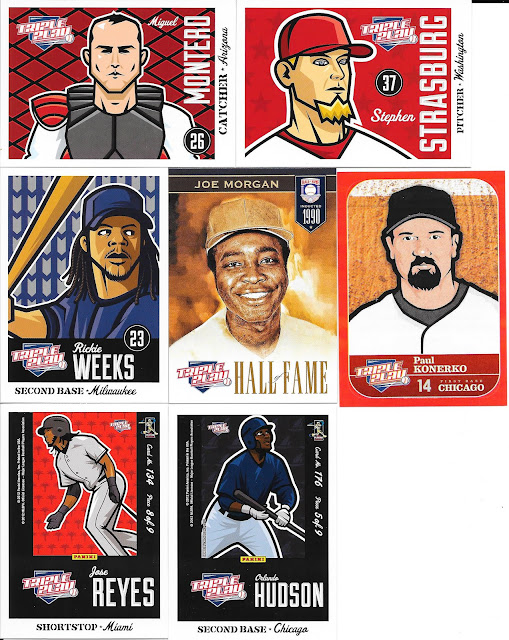 Ok - I'm going to say it - the Hall of Fame Joe Morgan is....acceptable. I can't say I love it, but I'd accept it as a card in a baseball set. Another former Jay when he wasn't a Jay with Reyes, but that is as close to a Blue Jay card so far. Anyone want to tell me the point of the sticker inserts like Konerko - or actually the point to this set at all, would be helpful. 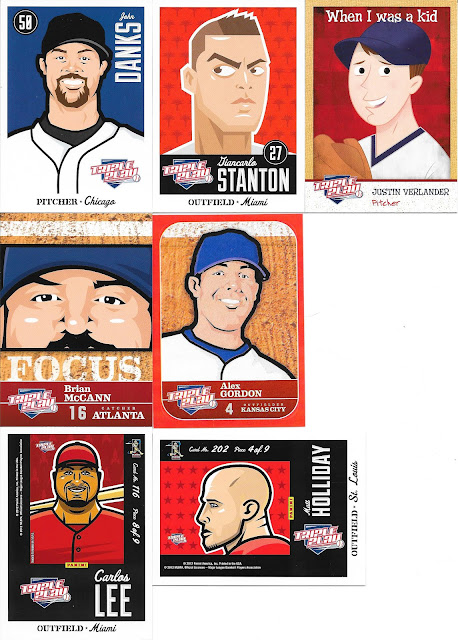 Holy generic child cartoon picture Batman! Did they at least consult childhood photos when making the card, or just slap a kid cartoon on the front with the name Justin Verlander? Those straight on shots such as Lee are just frightening. 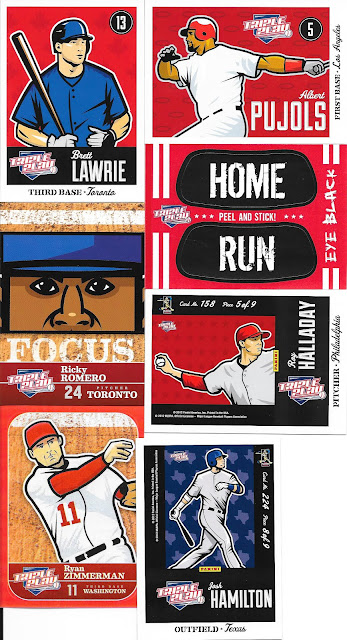 Finally! It's a Jays hot pack between the Lawrie and Romero cards. Rather than keep the eye black, maybe I should just wear it to the office one day - see if anyone notices. Actually, if I do it in April when everyone is sleep deprived, coworkers will probably just think I wrote on my face.

Well - that was about as painful as I expected. Good news is, tomorrow can't be any worse....right???