Canada definitely has it's share of hockey heroes, the most recent of which would be Sidney Crosby with how he has led Canada - biggest moment of which will likely always be the golden goal at the 2010 Winter Olympics. I hadn't seen cards that really represent this to a great level - though I know there were some Canadian hockey player cards in sets such as late 90s Upper Deck, but today we highlight a related insert set from 2009-10 O Pee Chee.

Also add in another addition to the 1991-92 Russian and Sharks insert set, and an error card (which I debated keeping because it is in French), and it makes for a decent enough pull today. 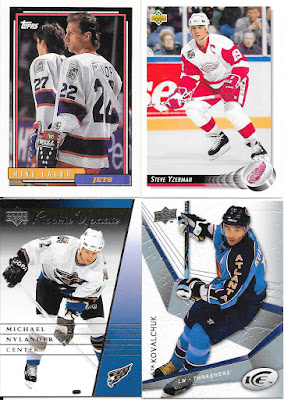 I'd normally highlight Stevie Y, but my attention here is to the Ilya card because it comes from another new to me, and the Santa Lot, set, 2008 Upper Deck Ice. The jury is out on whether I prefer this version of Ice or the 2007-08 version...maybe after seeing a few more...hopefully... 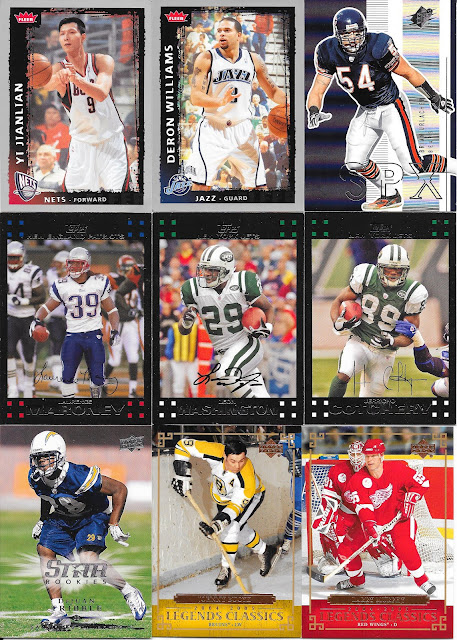 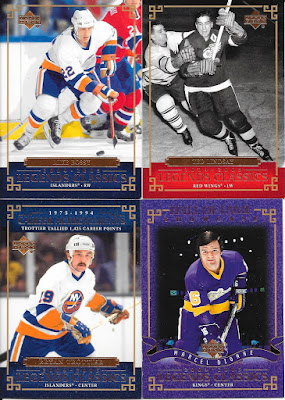 With all of the 2204-05 Hockey Legends Classics cards, unfortunate there was nothing to keep...but if anyone else is pondering starting the set, looks like I will have a fair number to help with a start.