Before I get to my Dickie addition....I wanted to share an awesome little return package from Trevor at Supporting The Minnow. I was able to send over eight O Pee Chee cards Trevor didn't have - that's it 8 cards. I told Trevor, as I tell most, just send back whatever you feel fair with, I am easy that way. Lo and behold, he sent 9 things back my way... 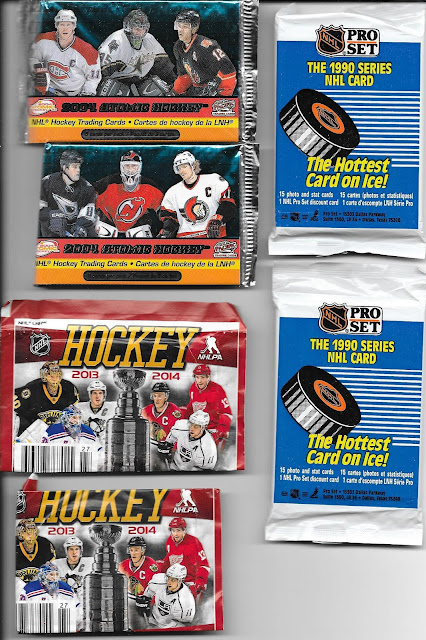 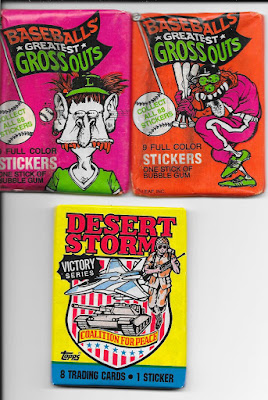 For me, the big highlight here are the two unopened packs of 2003-04 Pacific McDonalds cards. These are nice adds for the unopened pack collection, and since they have different stars on the front, both get to be added to the collection. This bumps the collection up to 212 hockey packs and 489 total including Magic and baseball.

Next up, two packs of 1990-91 Pro Set Series 1. All the cards I need in completing the set are from the first series, so I will save these and open them later. Besides, still plenty of error cards I need duplicates for too.

As for the 2013-14 stickers - I don't collect sticker packs, so I will open these down the road in a post when I feel like opening a pack, and see if I luck out with a Leaf or two.

As much as I appreciate military history, I don't have any real care for the 1991 Topps Desert Storm set, but in the interest of opening a neat pack, I will save it too. I'll even do the same with the couple Gross Out packs. Funny enough I do have a set of this completed and on one of my shelves, but if nothing else, they are interesting cards to send off as freebies for a laugh in trades.

Thanks again for the trade Trevor, and as always - you sent too much! 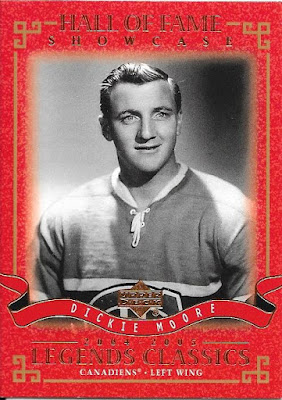 It has been a while since I have been able to move up from the 78 of 100 cards in this set. Today though, able to add this new one. Dickie set the mark (in 1958-59) with 96 points, the highest point total in a year to that point, beating out 95 from Gordie How a few years earlier. Too bad he played for Montreal, but no one is perfect. 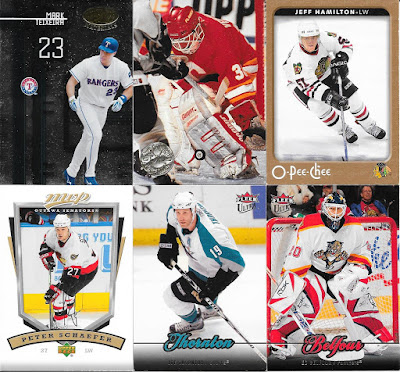 Talk about a variety of sets. I have probably said it before but, if I were to collect a PC, Belfour would be a good one, and this late career card is a nice photo. 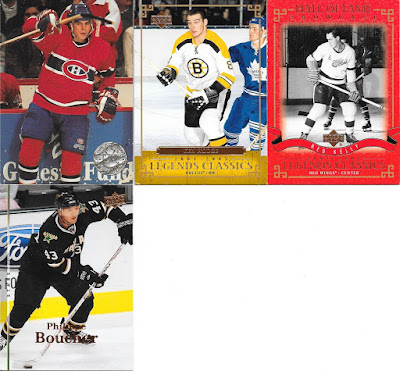 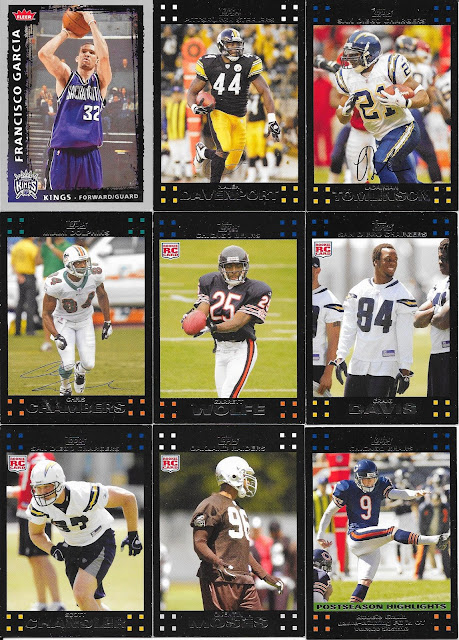 Funny how the 2007 Topps fottball cards I get, the RCs are usually in a string as seen here. A couple were new for the set collection (not that I'd keep it). Also, unfortunate I didn't need the other 2004 Upper Deck Legends Classics that are here.