First, want to share with you a reason I look for decent card deals, like the Santa Lot. Was checking it out a couple days ago, and ended up with a quick purchase which cost me a whole 5 bucks (call it 10 including transit to meet). I walked away with a box of cards that were strictly Jays and Leafs.

I expect there are a number of doubles, triples, etc, and that the majority will be "junk era", but given it was a 1600 count box (let's just call it 1,000 cards) for 5 bucks, I call that a win regardless. Did I mention it was 5 bucks? Not sure if I will save it til later, sprinkle in some cards over time, or what, but man, am I looking forward to it!

Otherwise, a bit of continuation today of what we got yesterday. 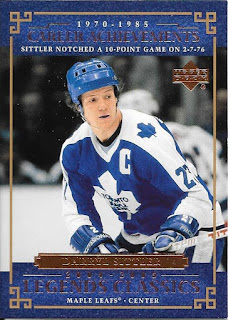 This may not be a new one, but being a Leaf, more than happy to get another Leaf from this awesome set. 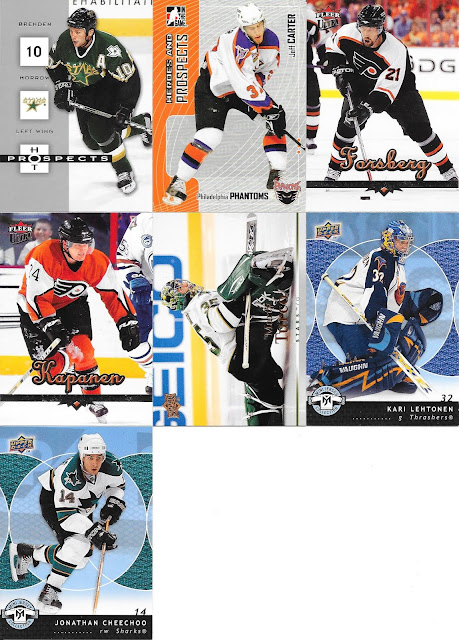 I really am not a fan of the Fleer Hot Prospects design shown here on Morrow. The design just takes up too much of the card. Separately, I don't really like the In The Game sets, but nice to see a card like Jeff Carter in a pre-rookie type card. It is kind of the opposite end compared to the Forsberg which was well after his prime in the NHL, though even here he was still a great player. 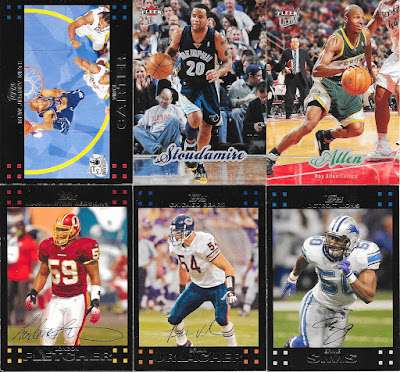 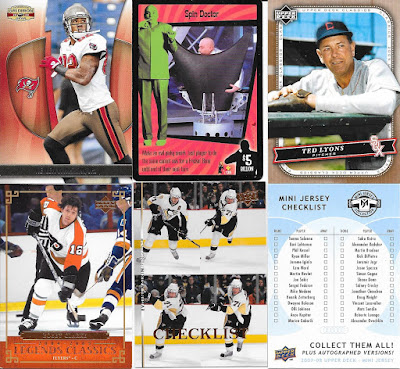 Some ex Raptors highlight here between Vince and Damon. Being a casual fan of basketball in Toronto, those were the names to know for the early years of the Raptors. Vince should have stayed the big fish in a small pond, always felt he was a bit lost after leaving Toronto.