Obviously, we are ready to continue through the box in hopes of getting this set complete. Let's see how today fairs. 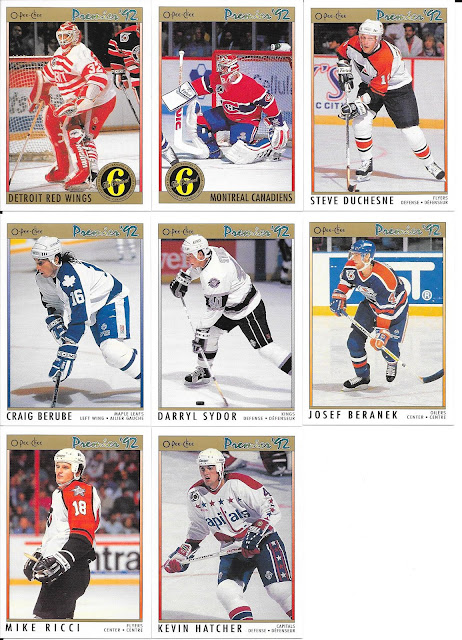 Knew that sooner or later we would be seeing Patricia Roy, and no surprise that it is on one of the Original 6 cards. As for Berube, I don't remember his Toronto play at all to be honest. 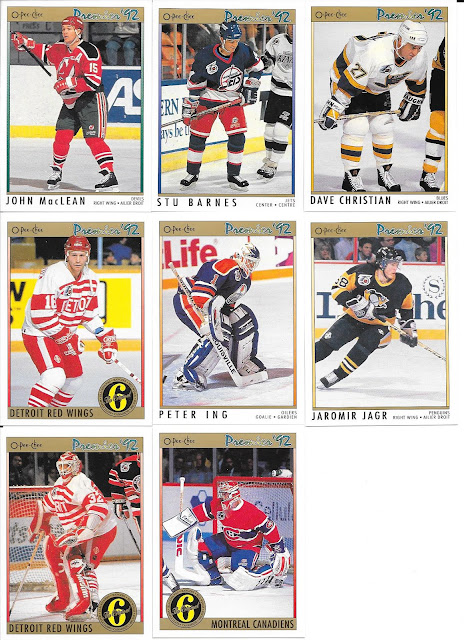 As you can see, the bottom two cards are dupes from the last pack...pattern I think, in how the cards are packaged. I recall Upper Deck making it a selling point in the early 90s which led to their "completely random" inserting of cards into packs. It was great in some ways, but led to getting dupes in the same pack which is always unacceptable.

Another Jagr...not a bad thing if getting dupes... 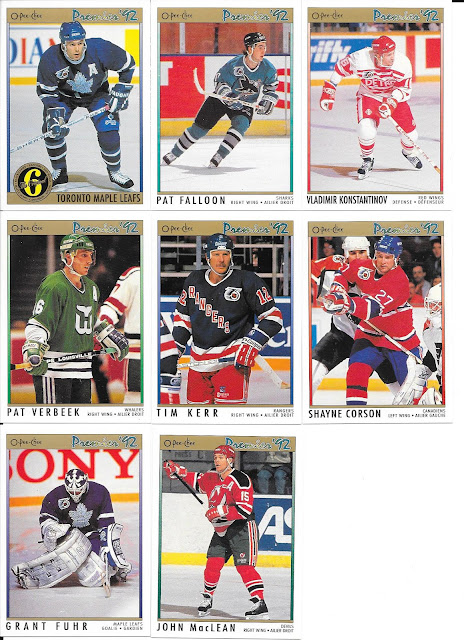 Nice - two Leafs in one pack - will always take those. 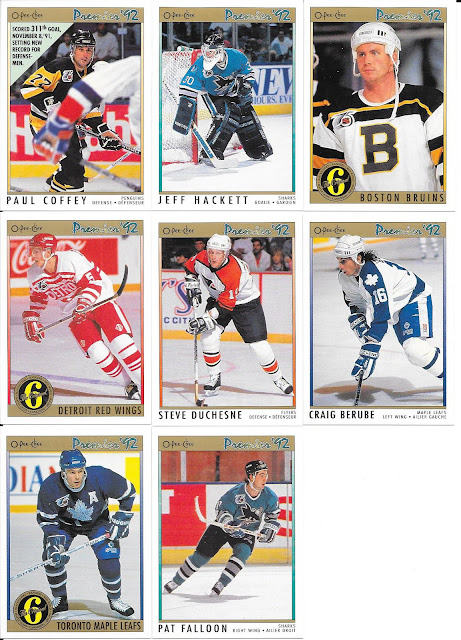 Another two Leafs in a pack, but also Paul Coffey trying to escape the pressure of a triangle landing on his back... 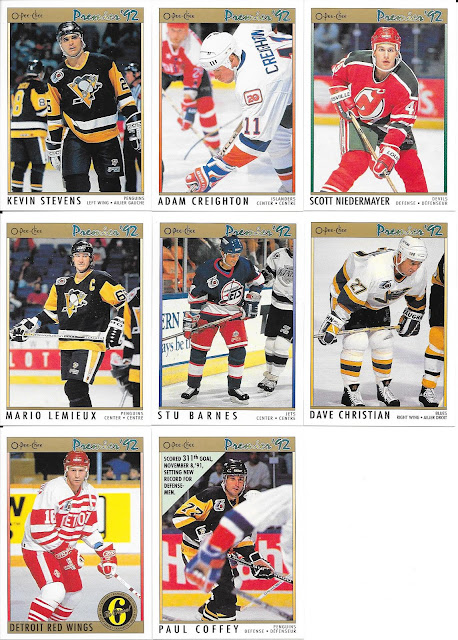 Penguin heavy here, but okay since it include Super Mario. 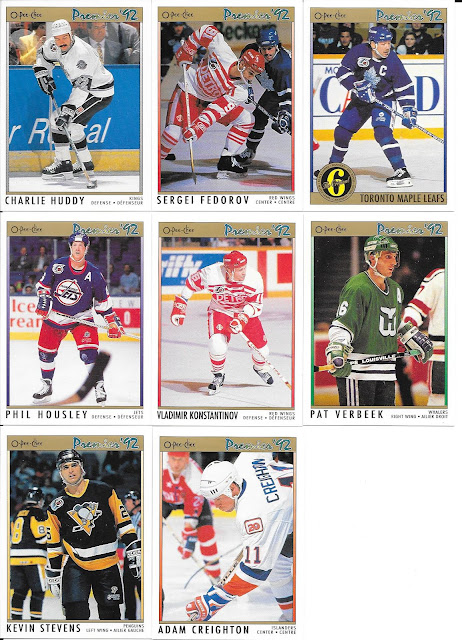 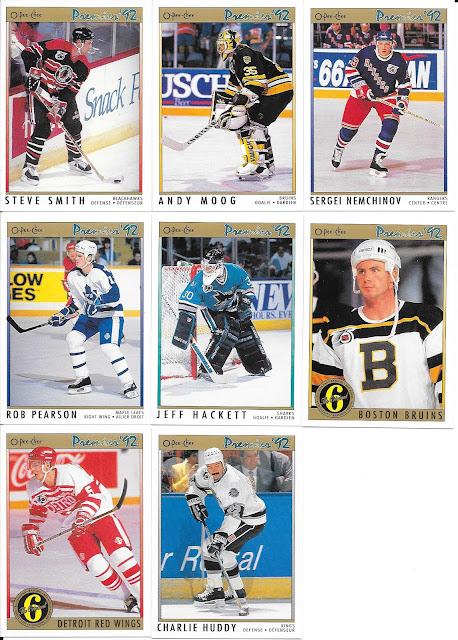 There's another solid goalie from the times - Andy Moog. 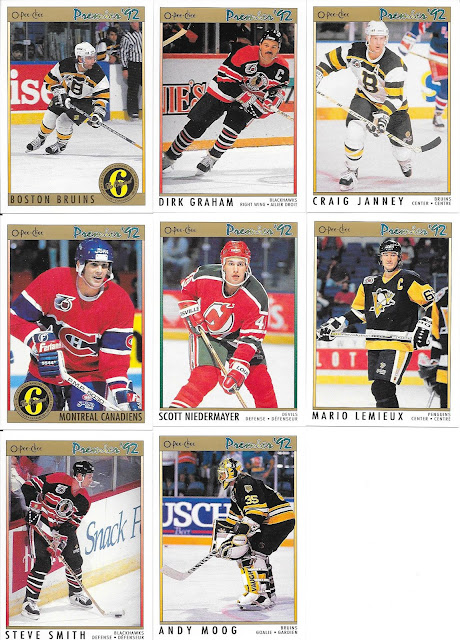 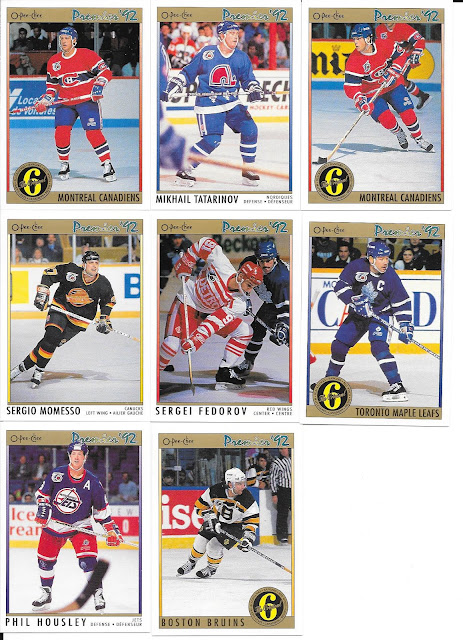 Well, at least another Leaf card in the last pack. Obviously, half a box in, the big name still to come (hopefully) is Gretzky.

Overall, I think this was a better stack than yesterday, Definitely seeing a pattern in how the packs are set up since most are 4 new and 4 duplicates. This does mean, I won't be finishing the set if this pattern continues though. Also, a better stack I think for Leaf cards, so can't complain there atleast.

So, at about 48%, not looking good for completing, but fingers crossed until tomorrow.
Posted by CrazieJoe at 8:00 AM