First up, just the keepers... 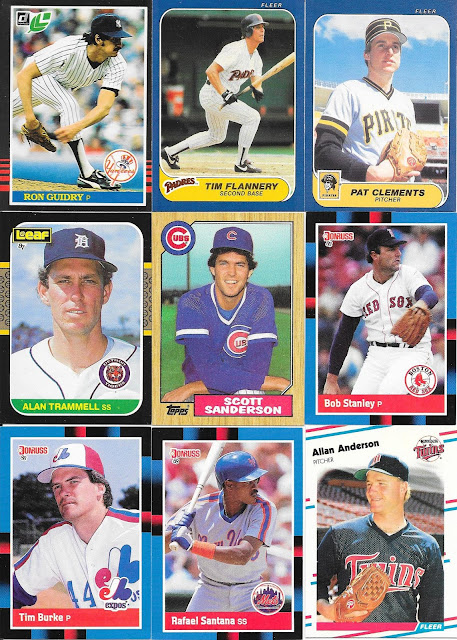 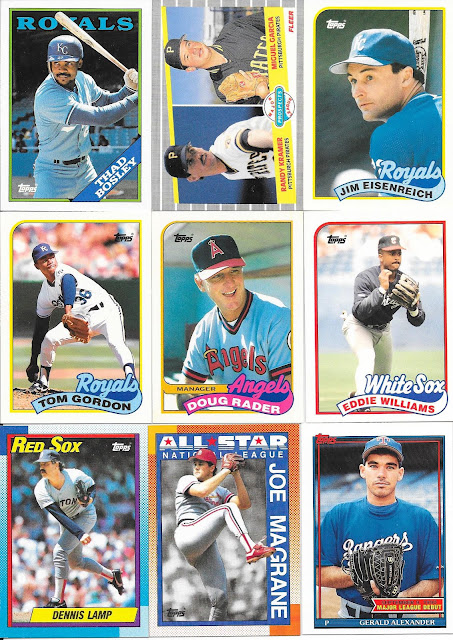 I think I have a good chance to complete the 1989 Topps Traded set just from these Dollarama packs if this continues. There seem to be 3-4 in each repack. Same can be said for 1991 Topps Debut '90 set with one here and... 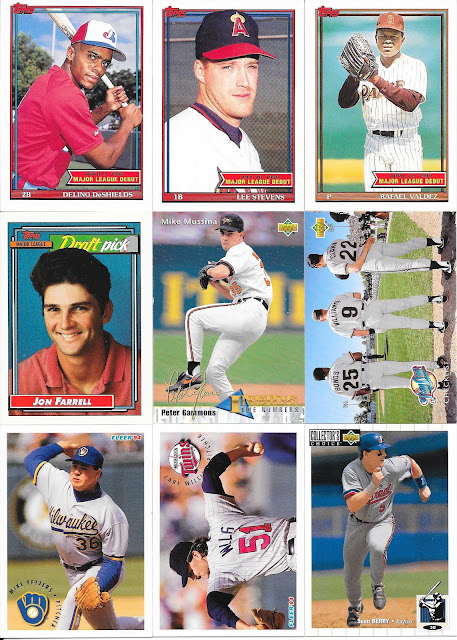 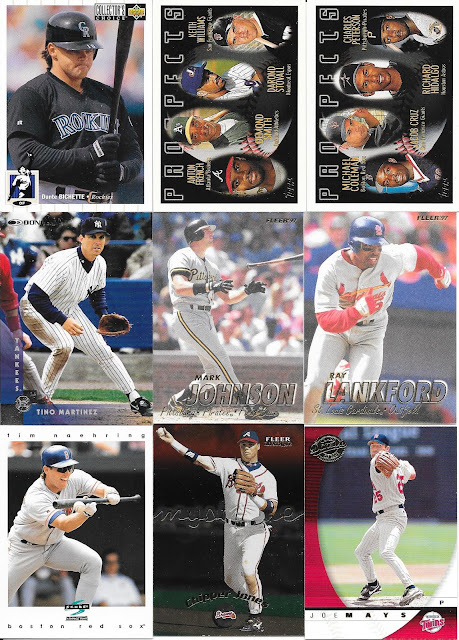 Late 90s, we always seem to get into sets I haven't seen, or know little about such as Fleer Mystique - never hear of it, and the card is lighter in hand than it is here which seems to scan very dark. As for the Joe Mays - another set I never saw before, Donruss Class of 2001. 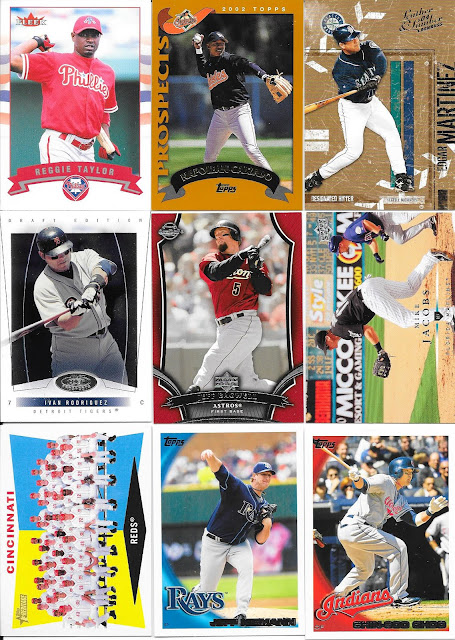 More never before sets with 2004 Fleer Hot Prospects and 2005 Upper Deck Sweet Spot. Then into the standard, though not very well represented in my collection Topps base sets from about 2009-2016 really. 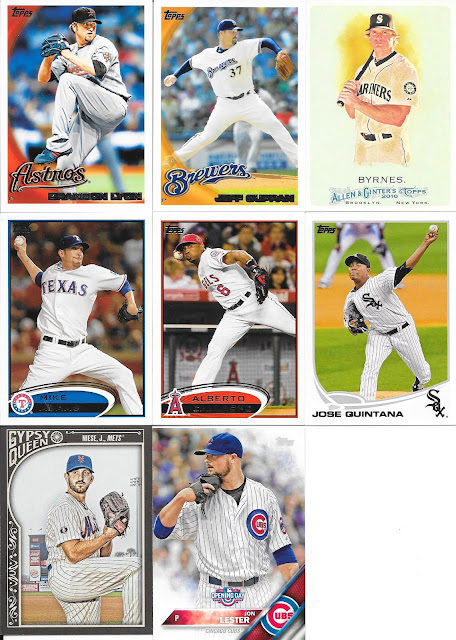 While throwing in a couple other Topss sets I like with Gypsy Queen and Allen & Ginter.

As for the collection adds, 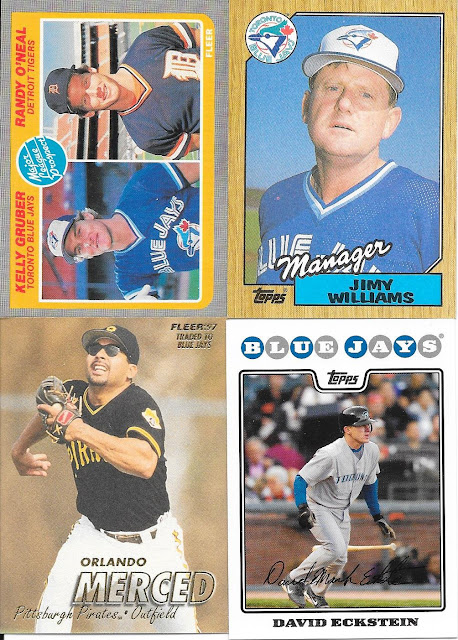 One of these cards doesn't look like the others...but it is still a Jays card as you can see the "traded to Blue Jays" in the top right corner. I don't have many Jays cards that are "traded to" labelled as it can be hard to go through and find these without really knowing, and I have so many to collect that are still Jays, it hasn't become a priority, but I will always count these, and take them even if I have them already, so feel free to trade them my way.

Eckstein was new to the collection, and although I already had the Fleer cards, the Gruber prospect one is one I really like with the great young Gruber photo. 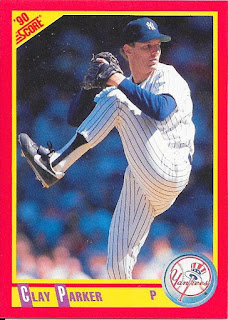 The Home Team Advantage 2001 parallel for 2001 Topps seems to be a thing with these packs, so able to pick up another, but better yet, a neat Carlton Fisk card as well.

I had never heard of or seen either of the other two sets. 2004 Donruss Classics - by name is a set I think I would really like, and this is a SN card to 1999.

The Frank Thomas card is, as seen, serial numbered to 825, do even though it is a base card (they are all SN), it is a keeper.

So overall, awesome pack again.
Posted by CrazieJoe at 8:00 AM