A second day of the box, and it works out about the same as the first.

I picked up another holographic card, but as I alluded to yesterday, I did have one of the Gretzky's, and here is a duplicate of that one: 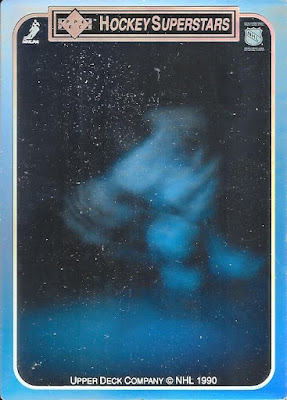 Hopefully will be able to pick up two more in the other two stacks to come as they are pretty interesting, even though they scan horribly.

As for Leafs, more as expected... 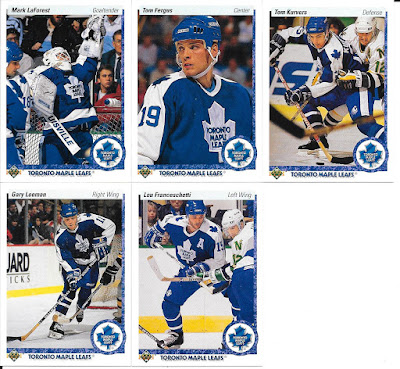 As for the additional base cards I got, here are the highlights including a number from the award winner subset. I can remember a few sets that had these kind of subsets from the junk wax era such as 1990-91 Score and the O Pee Chee sets of the time. 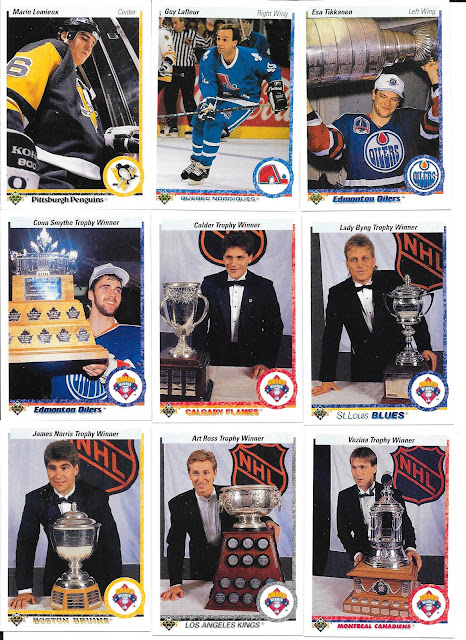 I like the Super Mario photo too. It is an unusual angle for the card and made him look gigantic and supersized which he was in the sense of being a huge star (though granted, in many ways a small step behind Gretzky).

So, half a box down and we stand at 252 of 400 cards completed on the low number section of the set.