First - a quick trade showing which helped to finish off another set...yay! No - not 1991 Fleer - these are error cards for that collection, but that set has been done for a while. Instead, the two 1991 Leaf cards finish of that set for me (yay!). A big thanks to whoisrob at TCDB for the small PWE trade to finish off the set!

Yeah - that is what I was hoping to write. I then went through the set (which I swear I did a while ago and entered correctly on TCDB, but lo and behold, I don't seem to have two other cards, and since I am missing two, a third is in really bad shape, so I want to replace it as well. I guess this set will be a deferred success....

That was great to get - even if the set isn't complete yes, but I had a bit of a hankering for a walk through some Magic cards, and hopefully an artifact or two, so I picked up one of the 100 cards for $4 packages from Dollarama, which is one of the few close places left for me to get cards from which is why I am getting through so many items from there lately.

Anyway, similar to baseball, we can take a look at half today and half tomorrow, so for those not overly interested..see you in a couple days, but feel free to stick around and see something a bit different than the usual sports cards.

As usual, let's start by looking at the artifacts that I can add to the collection... 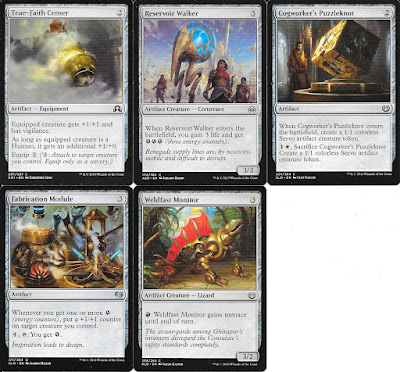 Five out of fifty isn't too bad for artifacts. The Fabrication Module is pretty interesting - a good use of excess mana for putting energy counters on the card. 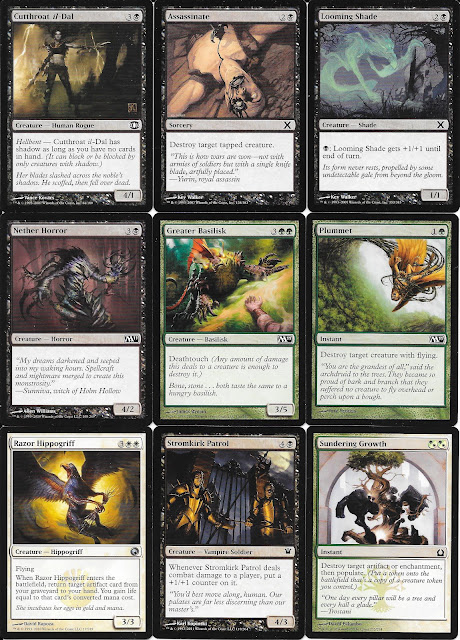 I figured I would show the earliest cards out of the group, which are not that early actually. Usually there are a few cards that are pre-2005. The Stromkirk Patrol isn't too bad, maybe a bit high on mana for casting, but the counter ability can build it up pretty quickly. 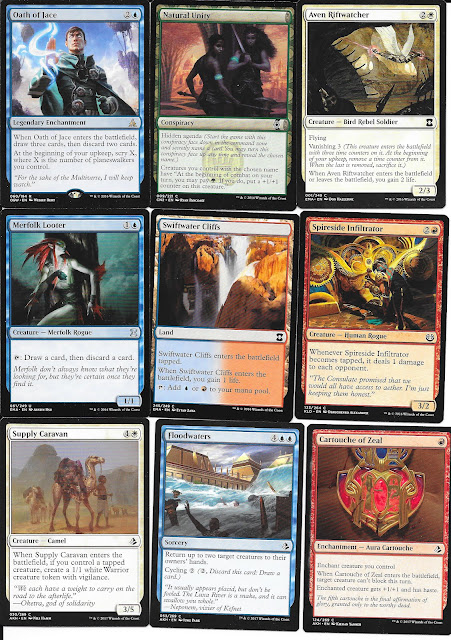 I wanted to include the group for the rare card here - Oath of Jace. Not an expensive card by any mean, but nice to get a rare regardless in the repack. For a single mana, Cartouche of Zeal is decent for getting a little boost and haste. 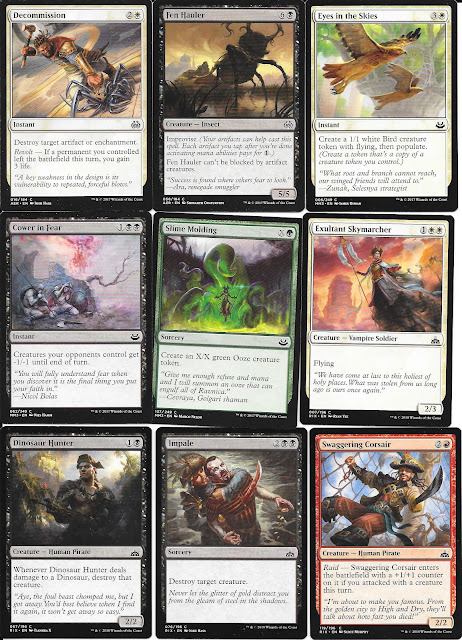 The most recent cards actually come from 2018 sets which are nice to see, but a bit surprising. I don't expect the most recent sets to be in these, but must be pretty quick turn around for the repack companies getting the cards and repacking them.

Not a bad first half - but we will see if it is the better half than tomorrow...