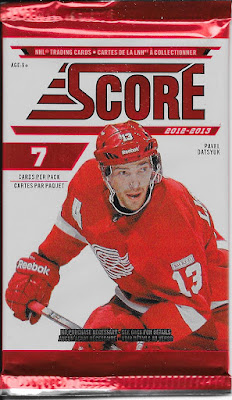 Another day, another pack - will it be better, worse, or is the best yet to come? Only time will tell...and opening the packs, so let's just get to it! 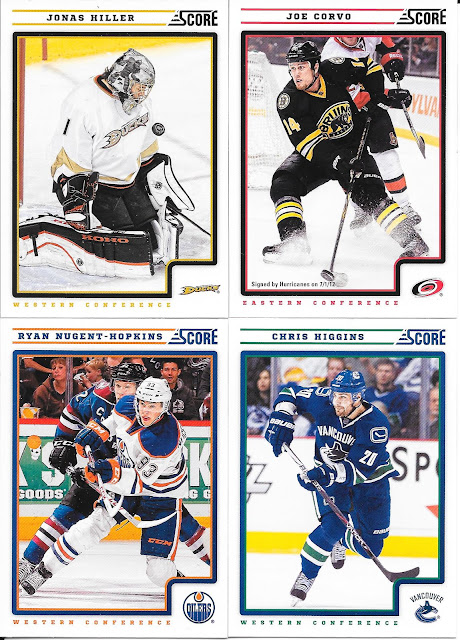 Four new adds to the base set today, highlighted in my mind by RNH, though Hiller is a good pick up too. 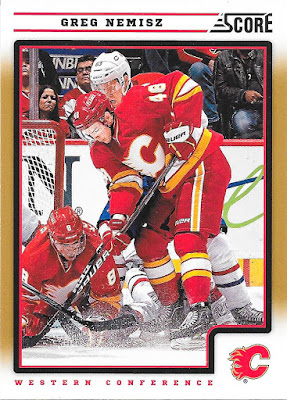 Getting closer to a Leaf gold rush, at least this one is from a Canadian team!

Not perfect, but there are a couple dupes... 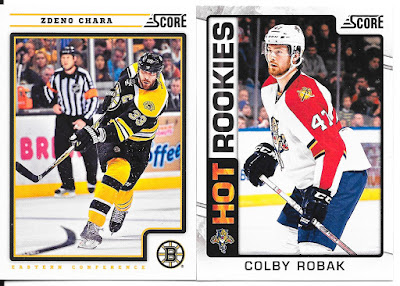 Though this is the first Hot Rookies card out of the four packs so far. Colby ended up playing 47 games over four seasons, with most of those games being with Florida.

Tomorrow, the last pack of these which came out of the box from about a week ago - though after that, some other may I say, more interesting packs to explore.
Posted by CrazieJoe at 8:00 AM