Hello and welcome back to the second day of the 2018 Topps WWE blaster. Let's get riht to the final 5 packs and see what else we have here... 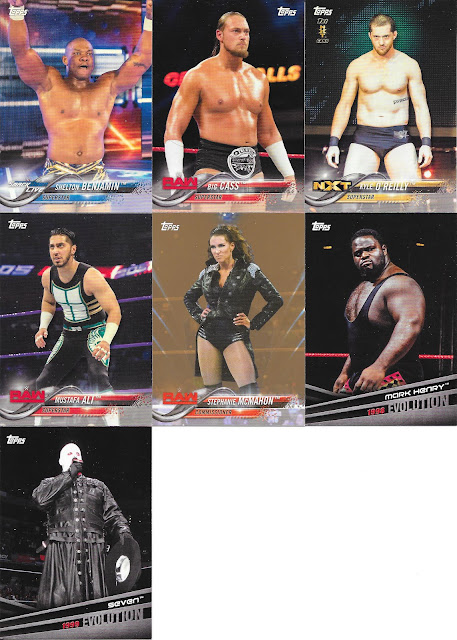 The base Ali to go with the bronze version yesterday. Not sure I would have used that pic for Stephanie as it is discussing her time as commissioner. Would have been a good topic to use for the Evolution cards as they could go back to her marrying Test days and done three or four cards for her easily.

Speaking of Evolution - Mark Henry looking so young and in his rookie days, and Seven - the forgettable WCW version of Goldust. Honestly, I remember the name, but not his time in the character so the card looks that much more odd to me. 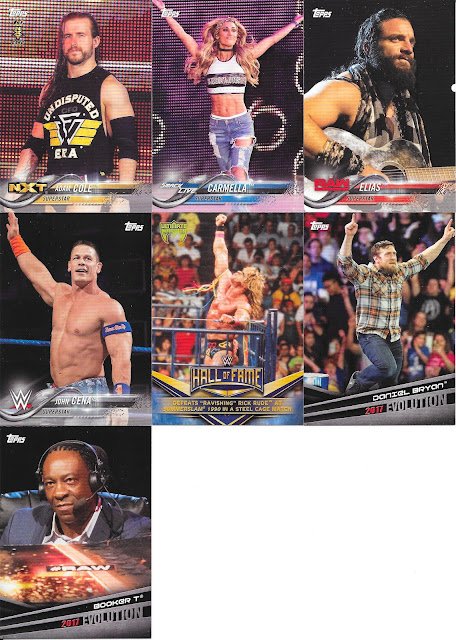 Adam Cole Bay-Bay! Add in a Women's champ, future champ, 16 time champ, the Ultimate Warrior and a couple Evolution cards, and this is the most solid all around pack so far! 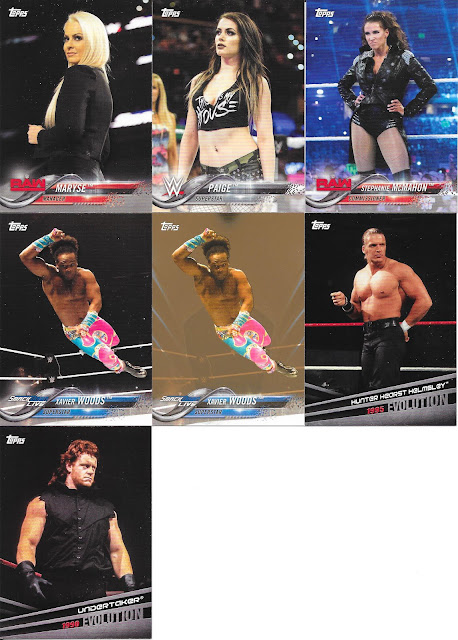 Xavier hot pack! Also, a good reminder of what a redhead Undertaker is. 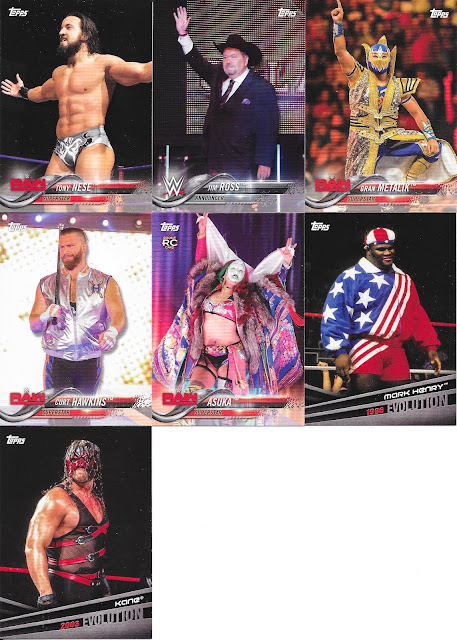 One of the best announcers in history with good ol' JR, and the "rookie" of the set, Asuka! 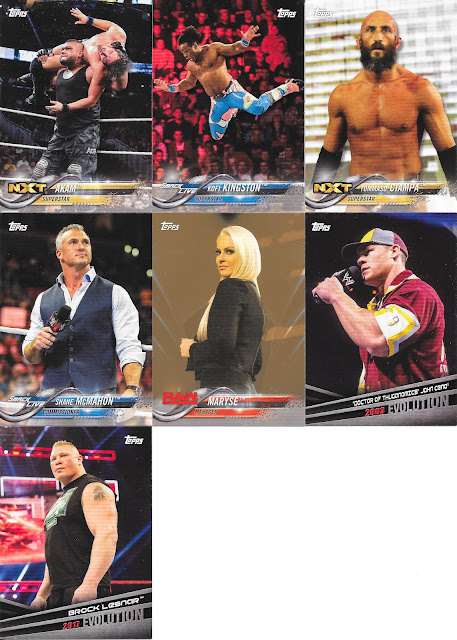 Apparently they needed more Xavier in the set because, that is NOT Kofi Kingston, though the card says it is! Nice to pick up the error card of the base set in the final pack. Also nice to get the biggest heel in wrestling - Ciampa.

A better day overall yesterday with the SN99 Neville, but a solid day here too with the Ultimate Warrior insert as the highlight.
Posted by CrazieJoe at 8:00 AM