First up, another trade - I like getting to start posts that way. Here is a trade with PapaG321 from TCDB (where almost all my trades happen by the way, though open to other venues if people have any favourites they would like to share in the comments). 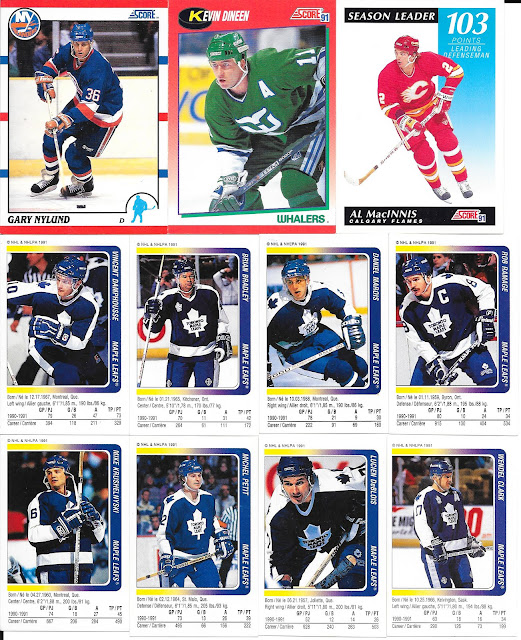 We start with a couple early 90s Score set needs followed by a bunch of stickers from 1991-92. I don't go out of my way for sticker Leaf cards, but these are awesome because of the nostalgia. I can remember opening bunches and bunches of packs from this set back when they were new. 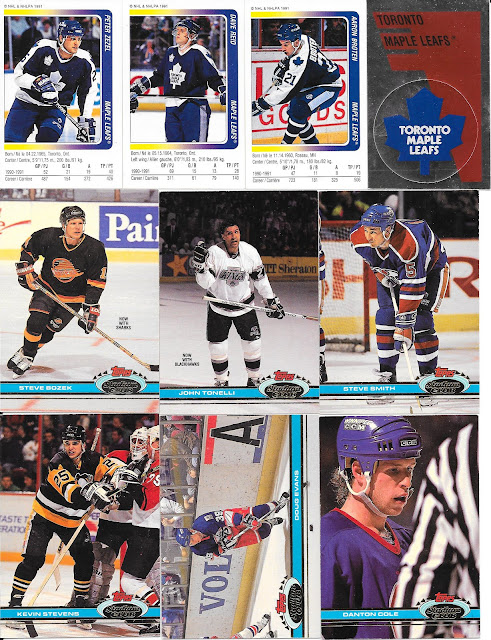 Once through the Panini stickers, we get some Stadium Club needs. This Stadium Club set wasn't even on my radar at the start of the year, but getting more than half of it in a box for box trade, I am well on the way with it now and will probably look to finish it in the next year or so. 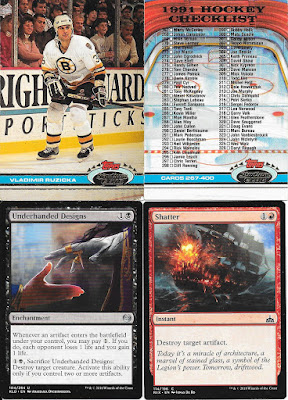 We end with a couple surprise cards from Magic which I get a chuckle out of. Collecting artifact cards, Shatter is not one I like, but definitely worth sending for the laugh - much appreciated.

Anyway...well, in the first two packs, if nothing else, I was able to keep the cards basically to baseball and hockey which are the two sports I am looking for in these sets. Well, not so lucky today - but that does make for a bit more interesting set of cards! 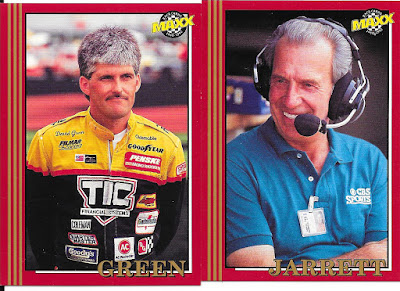 We start with a couple racing cards. I have had a couple of cards from this set before - I remember them from last year. Not a bad set coming out of the early 90s, and at 300 cards, I would think that is a fairly good size for a racing set (but Billy can correct me if I am wrong). 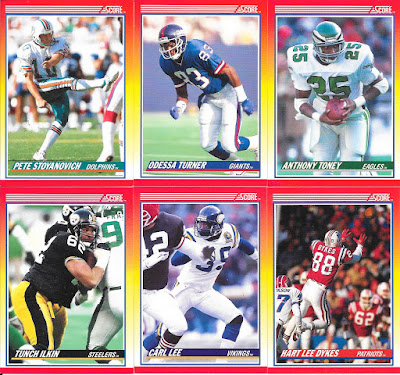 Next off we have some 1990 Score football cards. No names I really recognize, but a typical Score style design for the period. Anyone interested, just let me know.

The other traders (might as well cover them now are as follows... 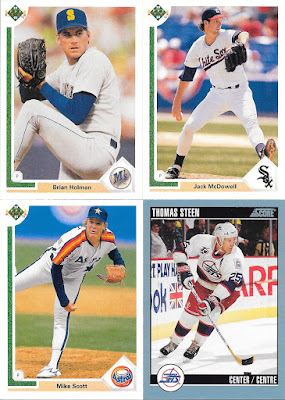 Some 1991 Upper Deck baseball and a 1992-93 Score Canadian hockey card. These are the dupes, I do have some keepers on the day from these sets. 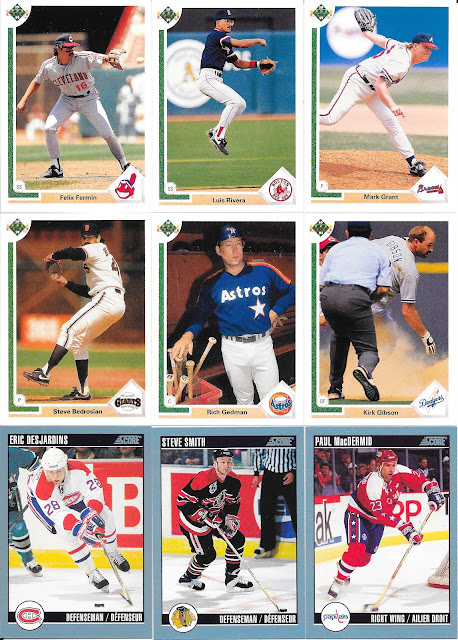 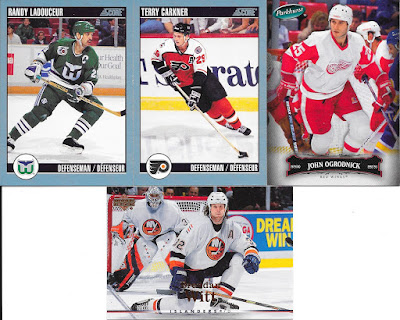 Classic - look at that lack of hair on Kirk...he had so much more even in the mid 80s.

As for the last couple keepers, a couple more hockey keepers. The reason I picked this pack, the 2006-07 Parkhurst Ogrodnick as this set has some nice cards of older players.

Overall, probably the weakest pack so far, but still worth the dollar!
Posted by CrazieJoe at 8:00 AM