Before the repack, a quick trade received the other day - a small PWE with a few time traveled cards which are a help in the slow 1986 Topps set... 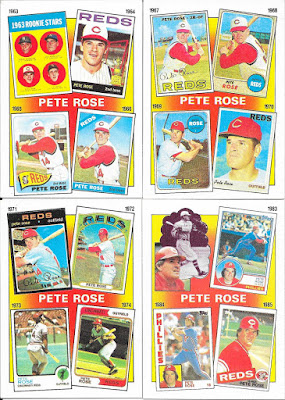 Nice to get some of the Pete Rose special cards which start out the set, and appreciate the opportunity to partake in the time travel experiment!

Repacks...I don't think I have ever had one of these 80 card repacks from Dollarama be so full of a single set. 19 cards or almost 25% of the 80 cards in this one have been from 1990 Fleer. The good news is, at least it isn't a set I have had completed, so some of the cards are keepers for the set collection, but that ios about the only redeeming part to it. I likes these repacks for the variety, it just seems variety has been lacking in this one.

Similar to yesterday though, at least the number of keepers has been high - 27 of the 40. As I have been hinting, this is likely temporary. At some point (maybe as late as Christmas break time this year) I am going to start going through my "keeper" cards and start knocking out those which I have little cards of, and no interest in collecting.

That is going to be an interesting endeavor, but I think I am going to focus on being a team collector first, a set collector second and in order to do that, shift my focus from keeping one of every card I get, to keeping just for sets I want to drive to completing. The one thing I haven't figured out yet is how far I go....if I have less than 20% of the set, do I ignore it? Not sure yet, but a discussion for another time. 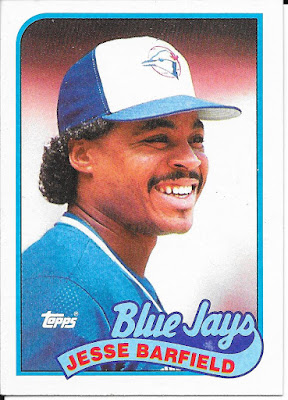 Yeah - that's it, just the one. Bright side? There was one! 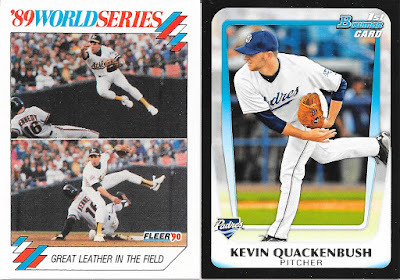 I have picked up a couple of the 1990 Fleer World Series inserts through these repacks. I have to say, especially for the time, these inserts are pretty nice. I haven't looked at the checklist, but wonder if they have an earthquake card as that is what I remember most of the 1989 World Series. 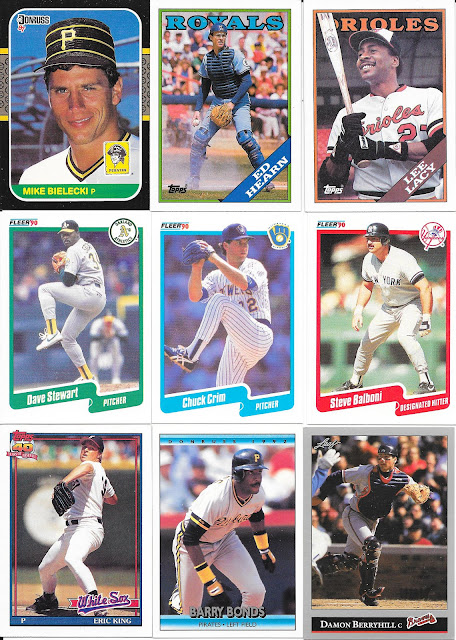 Again, more 1990 Fleer as mentioned that are atleast here to build my set. Though, not sure if it is one I am planning to complete yet. 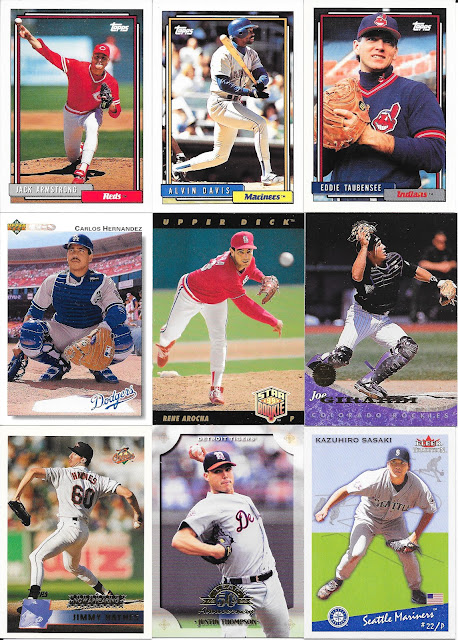 More 1882 Topps than usual for a repack as well. Actually, it makes me think - growing up, 1991 Donruss was the set that seemed to be EVERYWHERE. I mean, I thought series 2 literally grew on trees which would explain the green design. You couldn't look at cards anywhere without a mass of the cards. What set was "everywhere" when you were collecting as a kid, or collecting in the junk wax era? 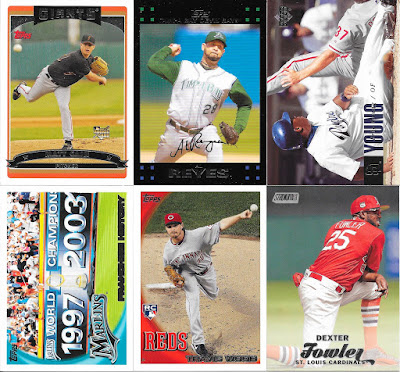 Some newer Topps, and my first 2017 Stadium Club card. I didn't realize how sturdy the card stock was until getting this in hand, I really like the design, but have one complaint - I wish they would have used a pic of the home field stadium on the back rather than the same one for all cards. 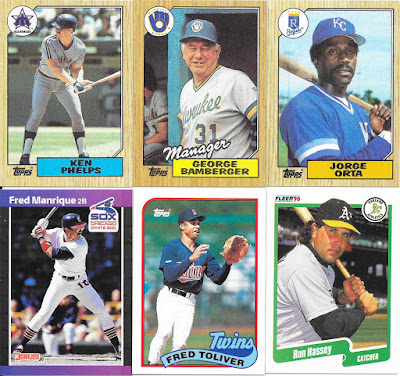 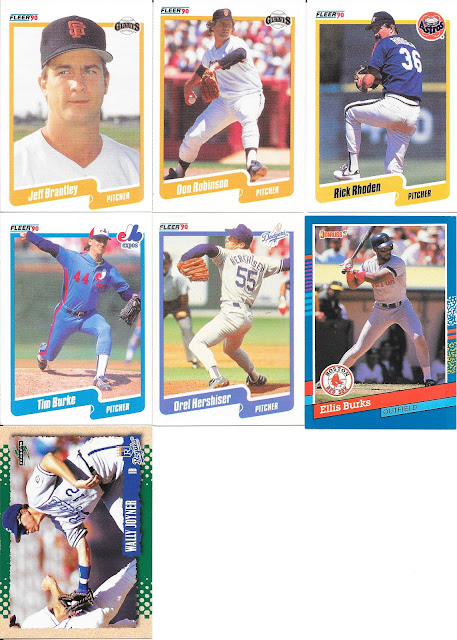 Well, at least 1991 Donruss is represented by one card here given my rant above!
Posted by CrazieJoe at 8:00 AM