Emerald is the best green

Before a hockey repack, we have a trade delivered pack. Fellow Canadian andyroy3 and I did a PWE trade for about 30 cards which worked out really nice in sending a few more cards away from me, and in return, finishing a set for me! 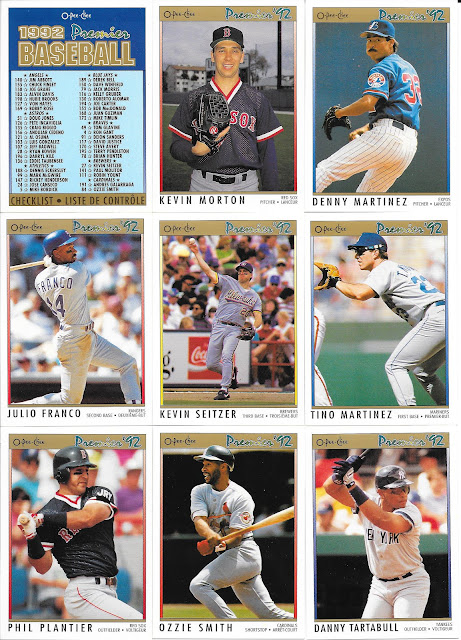 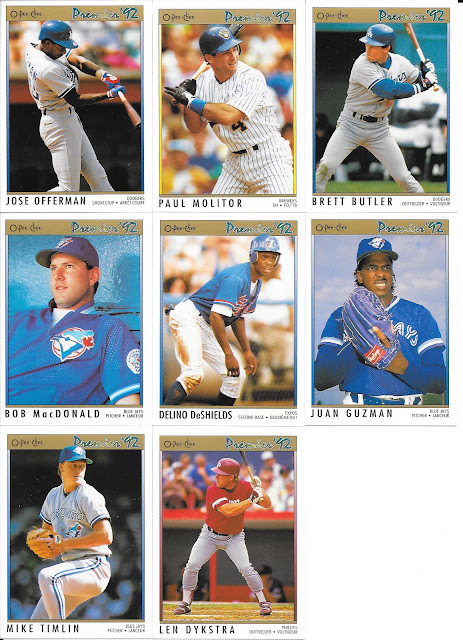 I got a box of 1992 O Pee Chee Premier baseball a while back and got a good chunk of the set, but still needed almost 20 cards in the 198 card set. I figured at some point I might finish it, but hadn't gone out of my way to do so. Well, worked out here that I got all I needed to put this one to bed. The Jays also mean I have a full Jays team set as well. 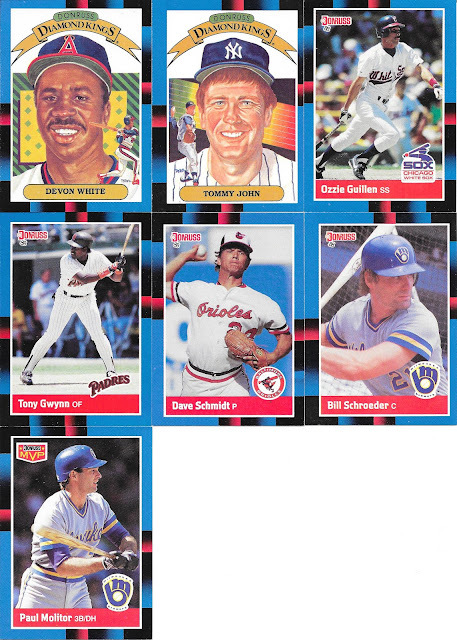 These cover most of the 1988 Donruss cards I still needed. I have one other trade in progress which, if it works out, should get me the rest of the set to finish 1988 Donruss as well. 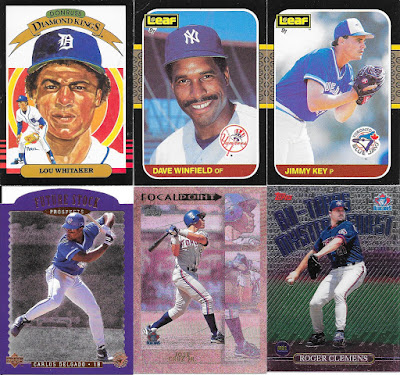 The package ends with a couple 1987 Lraf cards (another set that I am getting fairly close on - about 10 cards left on it I think) and a few much more recent Jays cards for the collection. Roger in a Jays uniform is always going to feel wrong though, but the Delgado die cut is pretty cool in hand.

Big thanks to andyroy3 for the help in completing a set!

Today we have a 15 for $1 Dollarama hockey pack to explore, and it seems everything is turning up emerald. Okay, not everything, but two cards at least. 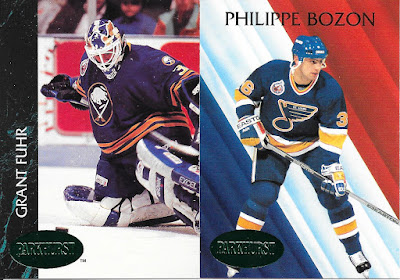 With no Leafs in sight, these 1992-93 Parkhurst parallels are the best of what is here today. Grant Fuhr is a solid one to pick up. In some ways I wish these were the base cards since the only difference is the emerald Parkhurst logo.

The worst of the pack... 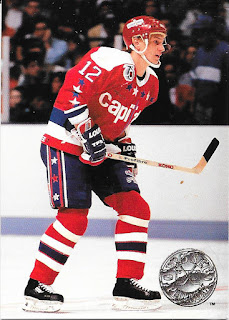 No, not because of the player as Bondra was a top player for a few years, but because this card suffers from significant benderitis. It will have to meet a fate of being packing material as it is unfortunately not good enough quality for me to keep, and not one I would trade. 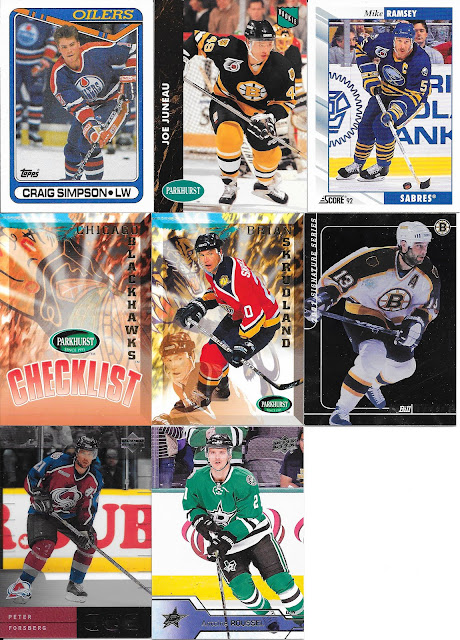 2000-2001 Upper Deck Ice - first card I have from the set, and man, I really REALLY like the design with acetate cards and the see through portion of the card. Definitely the best of these card as far as I am concerned given it represents a new to me set. 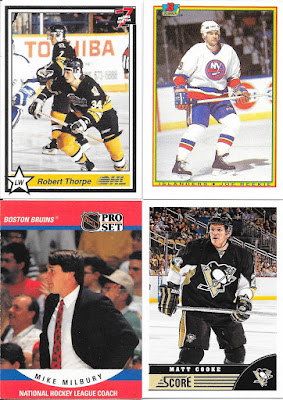 The usual suspects and a 2013-14 Score card since I do have more than half that set. It will likely make the list of sets I will actually try and complete, once I get to the point of breaking down set goals...maybe for the new year...
Posted by CrazieJoe at 8:00 AM