Not Dion with the dollar store

A quick fifteen for a buck from Dollarama to take a look at today.

I picked this card up because of the Dion Leaf card showing which was good enough for the dollar to me, but let's see if there was anything more to it. 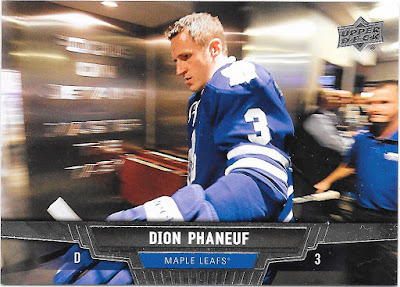 I think the effect for the photo works well for the card with the focus well on Phaneuf. As I have said, he isn't my facourite Leaf, but a Leaf is a Leaf.... 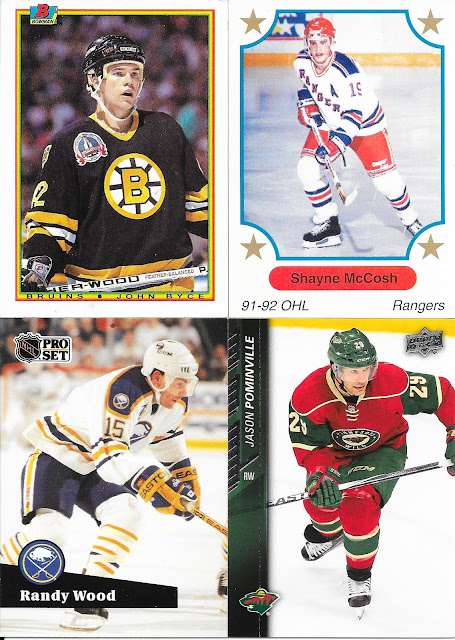 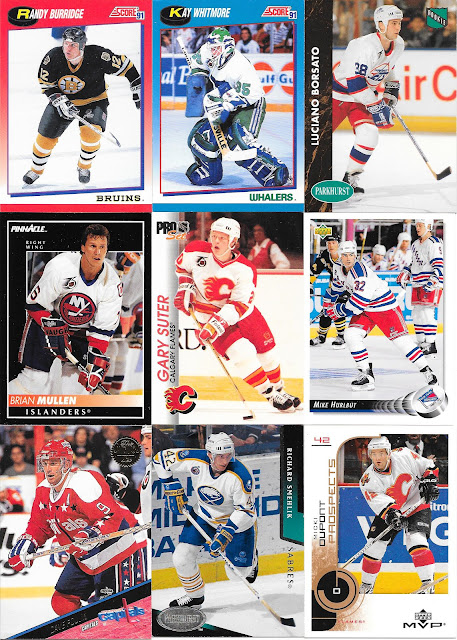 I did alright on the keepers considering a bunch are early 90s.Both 1991-92 Score cards are Canadian bilingual which I only have about 150 cards of, so these are new to me. 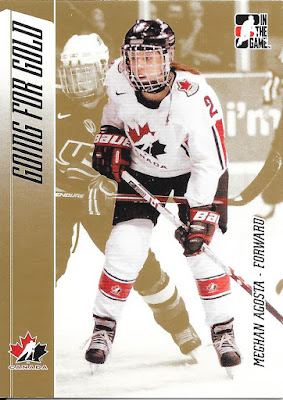 So, this is an insert, but not NHL of course, but I don't want to seem sexist or anything....and do like Team Canada cards so....I think for now, it's a keeper for this insert. I like the card, good play off the gold for the background. Agosta spent a good while on Team Canada which lead to much success and multiple gold medals.

Overall - an alright little pack and an interesting insert, so I'll take this as a good one.
Posted by CrazieJoe at 8:00 AM