So the Jays made the "shocking" announcement yesterday that manager Gibbons would not be back next season to lead the team. The move was expected as the team rebuilds, and the change is needed to be honest, but I will say that Gibbons did much better than I was expecting in his second tenure in Toronto.

When Gibbons was first announced as manager, those who remembered his first tenure, were greatly disappointed and not looking forward to it. Gibbons hadn't really found himself during that first tenure, but happily, was a much different and better coach the second time around. So much so, that likely for the current generation of Jays fans, he will be remembered as the manager that did really well with the team, taking them to the playoffs twice. Personally, the best Jays manager will be Cito Gaston, but Gibbons has made a case for himself to be in the top few.

Anyway, today I get to share the first of 28 packs that I picked up at the CNE about a month ago. These are typically 25 random assorted sports cards for $1 - well less with how many I bought.

Best case, I end up with a couple cards for the collection, and maybe some new baseball or hockey cards to otherwise hold for set building (for now).

Worst case - an opportunity for trade bait that may interest people out there.

Today's pack, I picked up because of one of the cards showing, even though it was a card I have no intention of keeping - it just looked really nice. 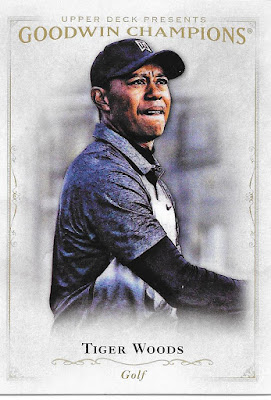 2016 Goodwin Champions Tiger Woods. This is the first card from the multi-sport set that I had seen, and it looks quite nice, so I thought - why not? Can't do much worse, and since the other side showed a baseball card, couldn't be all cards I wouldn't need.

It actually was quite a good 25, as there were a couple Toronto cards... 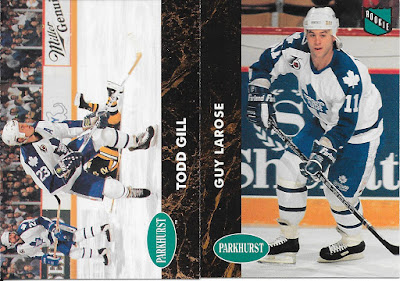 Not new, but still good adds. It's funny because the guy puts a bin of Toronto Blue Jay and Toronto Maple Leaf singles which are heavily overpriced for most as it is $1 per single, and most of them are base cards from various sets, including "junk" years. It annoys me because the same cards are in these packs at times, and it is clearly a way to try and mark up cheap cards because the show is in Toronto. I can understand the second point because there would be demand, so ask more, but on cards like these? No way. 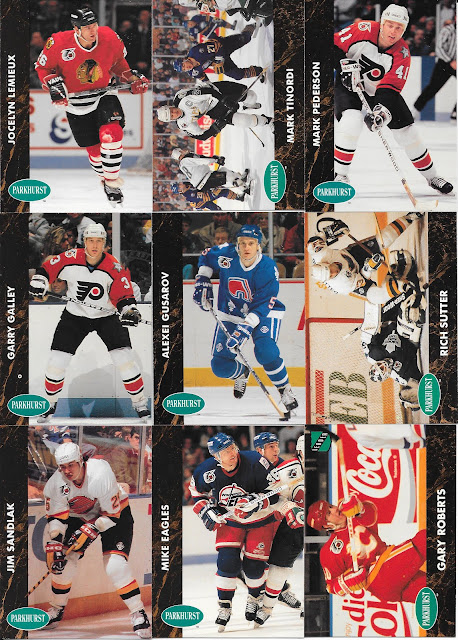 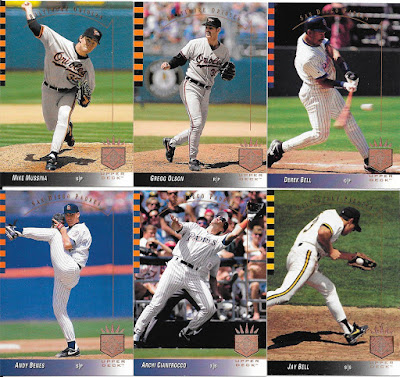 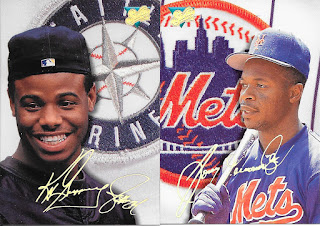 As for the cards for trade (other than the Woods card above): 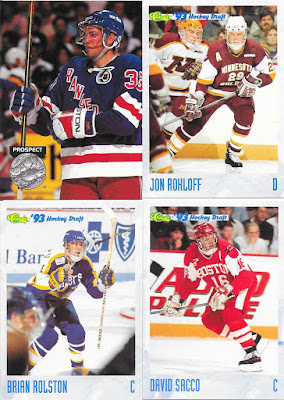 As you know, I don't collect minor league stuffs, and only had the one other duplicate come up.

Lastly, unfortunately, one of the cards had a couple bends so...packing material! 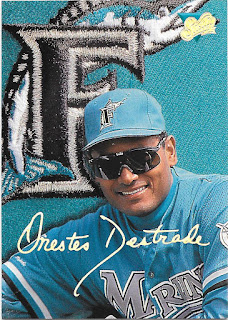 You can't see them in the scan, but around the big F.

I would say that is almost a perfect first pack, many keepers, a couple Leafs, and a nice "other" with the Woods card.
Posted by CrazieJoe at 8:00 AM