Just a reminder - last chance is today to enter my post 1,000 contest - just go back to my 1,000th post and leave a comment there to enter! Just a couple overall comment so far - although the design is fairly basic, this isn't a bad set. Other than suffering from the typical of only showing the past few years, instead of a full history like O Pee Chee cards do, the design is pretty clean and straightforward.

Today's pack is a bit of long term deja vu. 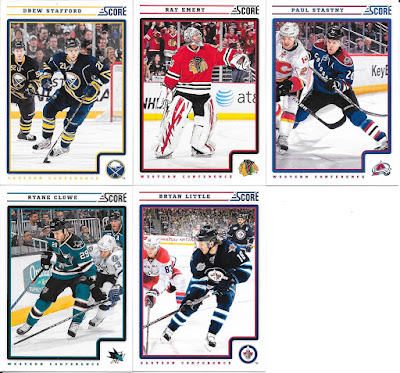 A bunch of duplicates in this pack - so likely I had a very similar one a while ago - maybe on one of these repacks as well.

All in, just a single base keeper... 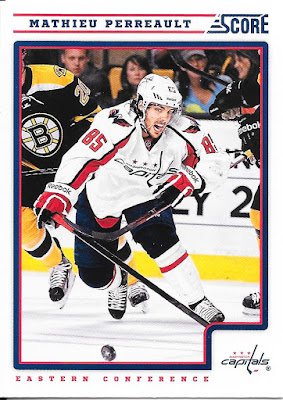 Now a solid part of the Winnipeg Jets, Mathieu started by being drafted and playing a few years with Washington. 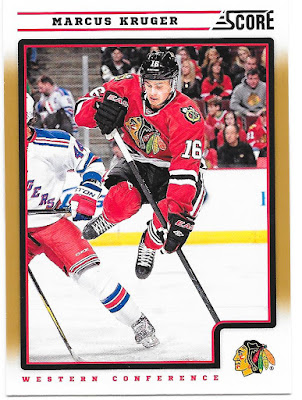 After 7 seasons with Chicago, last year Marcus spent the season with the Hurricanes. At least this was a new gold rush card for me, so only 2 out of 7 cards for keeps this time.
Posted by CrazieJoe at 8:00 AM