Today, we start the first of the second blasters from the wrestling ones picked up last year at Dave and Adam's Card World. By definition of this being a second box, I don't expect it to score as well as the first bow since I will now have a chunk of the base set, however the trade off will be, I get to open the relic card in these boxes, which I didn't in the first...will have to think about how to score that....hmmm.... 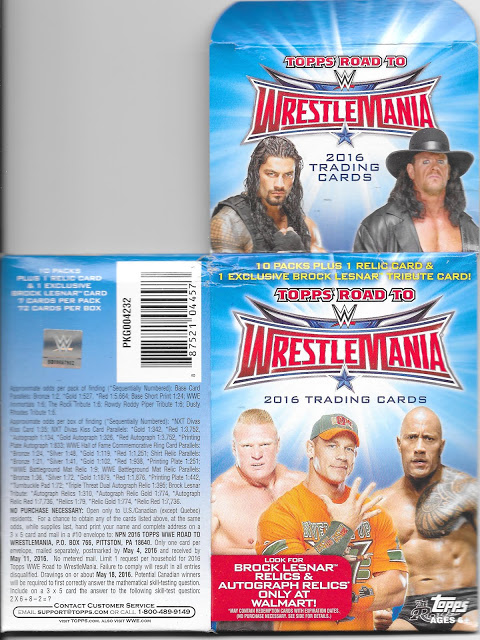 Just to recap - I have 58 of 110 base cards in this set to start, so hoping to end around 90 or so in order to be close enough to work on finishing it later. 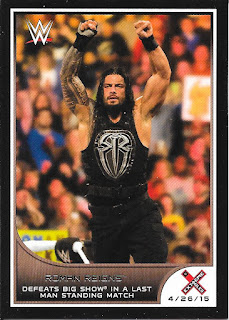 Starting with the big dog earlier in his singles career. 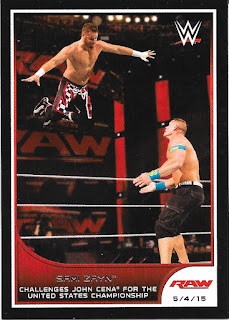 This reminds me of Sami Zayn in the corner when he entered the ring and you could tell he was injured and angry at the situation. He gutted it out and got through the match, but ended up out for a period of time due to the shoulder injury. 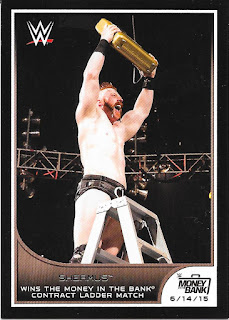 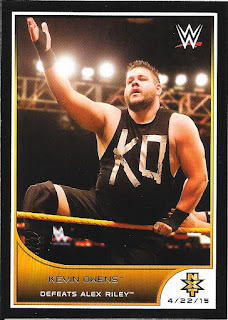 I really enjoy Kevin Owens. Wish I watched more of NXT back when he was there, but I didn't at the time. I still don't watch it religiously, but do catch the show every few weeks to keep up with it. 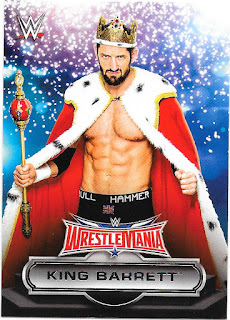 Here was a gimmick that didn't need to be. Barrett did the best he could with it, but it just fell flat. Wish the WWE machine got behind his Bad News Barrett character though as it could have gone somewhere. 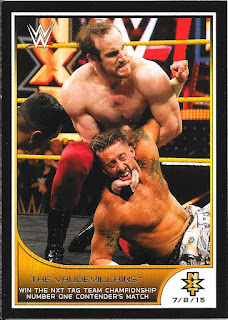 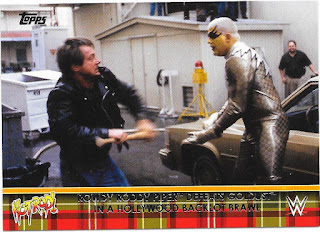 We end with the only dupe in the package, which happens to be the Piper insert. An insert is an insert, and at least should be able to trade for similar which is why I value all inserts equal - dupes or not. If you haven't seen Goldust's Photo Shoot on WWE Network, he has a nice discussion on this, well worth the watch.