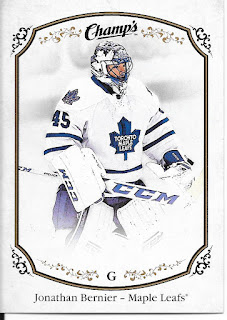 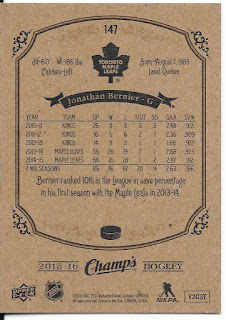 As much as I appreciate getting this Leaf card - that's a lot of white. Would have been SO much better in the blue away jersey. Would have been nice if Bernier turned out a bit better for the time he spent in Toronto, but it just wasn't meant to be. 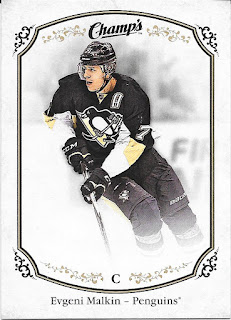 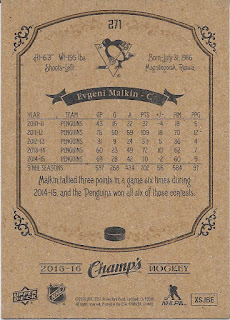 This is the first card of the shorter printed part of the base (these being the one in 5 pack odds variety). Evgeni is a player I always think of like a Messier to a Gretzky or even a Kurri to Gretzky, a great player in their own right, but who is also well known for being along side another amazing talent. Not sure Evgeni will want to be remembered for playing with Crosby, but at this point, bound to happen, and doesn't make a bad career. 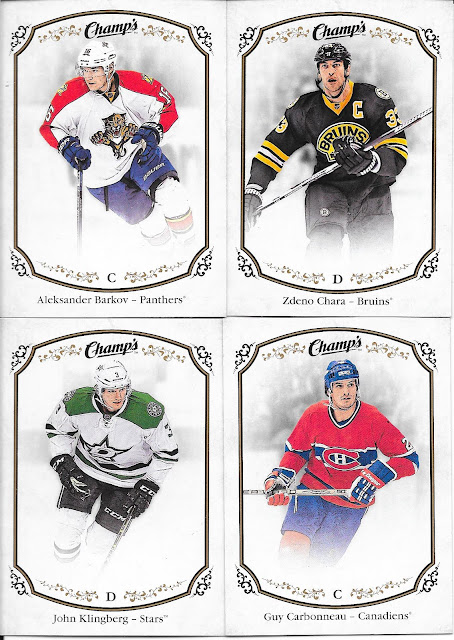 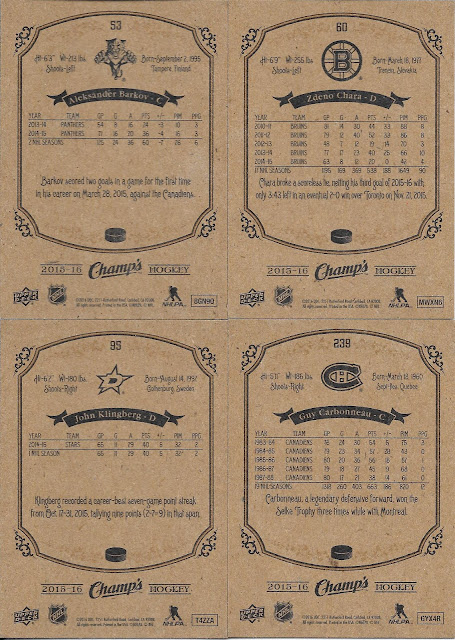 Some nice regular base, and Guy is a decent enough past star...even with the Montreal colours I guess....